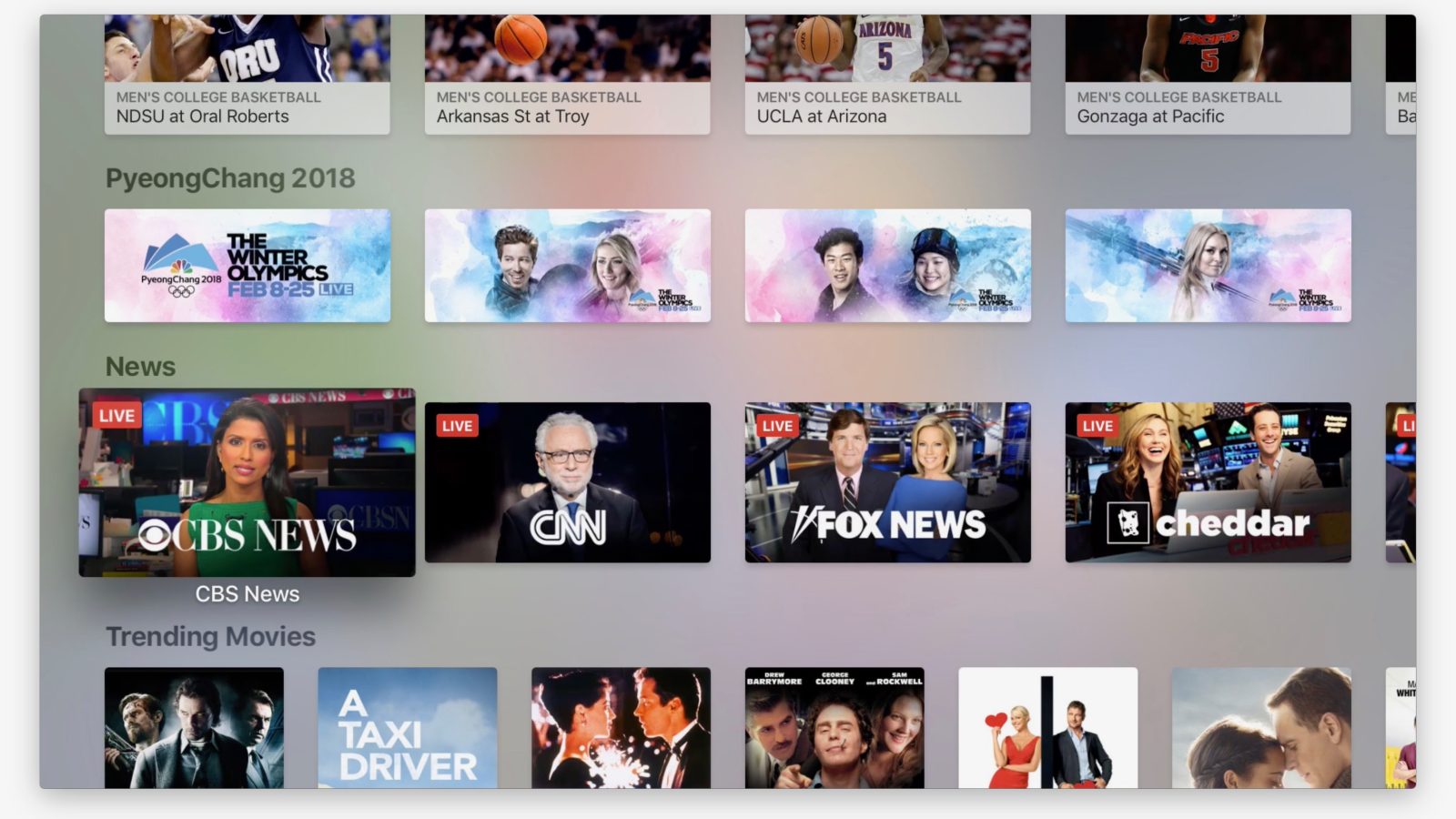 Apple today has further expanded its TV application on iOS and tvOS. Following the addition of a dedicated Sports section a few months ago, users can now use the TV app to access live streaming news content from several different sources…

While not as extensive as the Sports interface, the News section in the TV app allows users to instantly access live streaming news content from several different networks. You get direct access to CBS News, CNN, Fox News, Cheddar, CNBC, and Bloomberg.

If you don’t have the dedicated application for one of those networks installed, tvOS or iOS will prompt you to install it directly from the App Store. The TV app uses your Single Sign-On login credentials to log you into each of those apps, making it seamless to set up multiple different news sources.

Furthermore, on tvOS, you can use Siri to start playing a specific network. For instance, simply say “Play CNN” to immediately jump to the live feed in the CNN application.

Apple originally demoed this feature back in September when it unveiled the Apple TV 4K. The feature launched with Sports integration back in November, but only now are we adding support for News.

The News section in the TV application is accessible under the main “Watch Now” header. It appears to be live for users running the latest iOS 11.2.5 and tvOS 11.2.5 releases.

Check it out for yourself let us know what you think of it down in the comments!