Renders imagine what AR-powered ‘Apple Glasses’ could look like [Gallery] 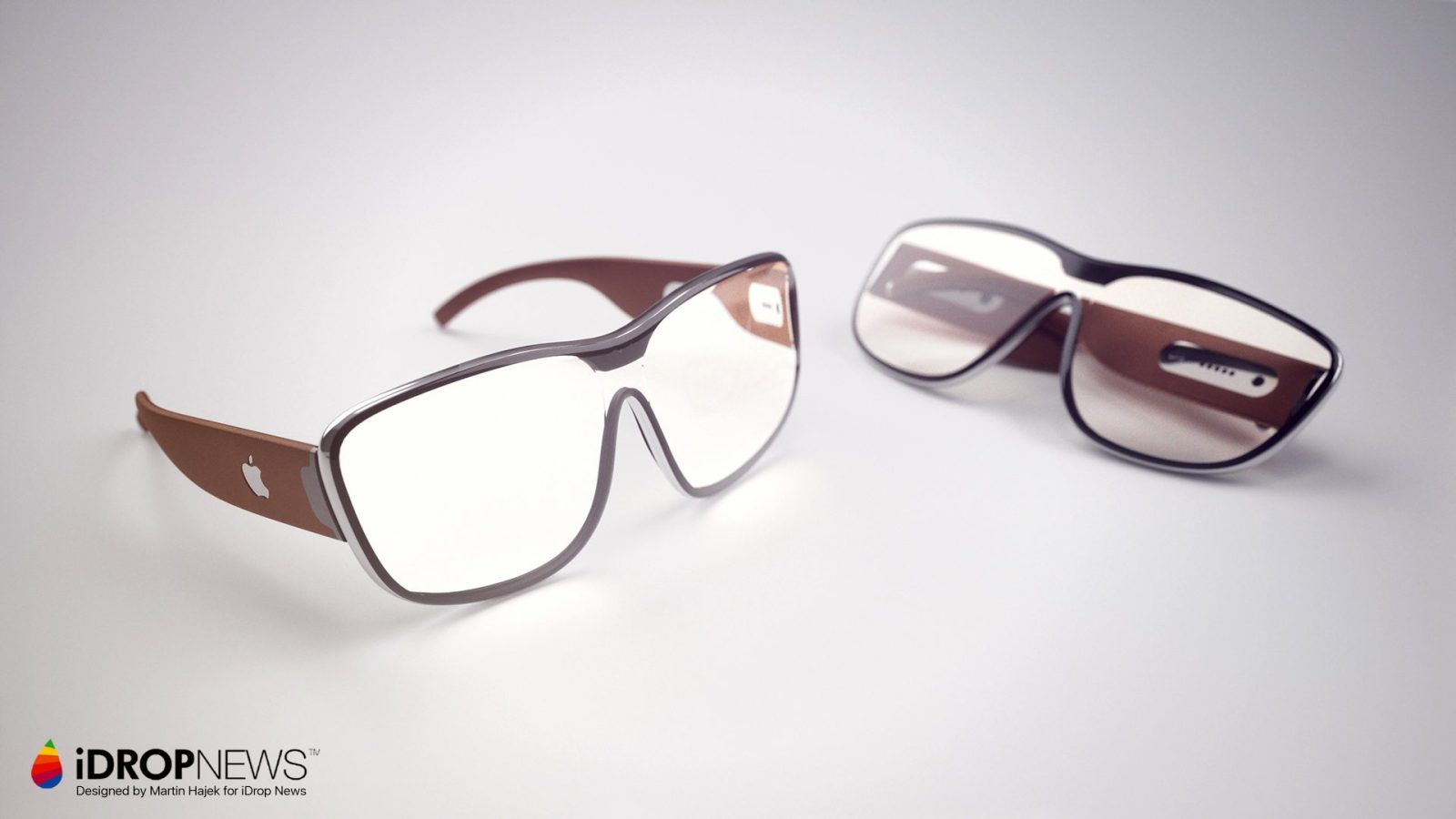 Several reports have indicated that Apple is working on a pair of augmented reality glasses, potentially slated for a release sometime in the next two years. While little is known about the glasses, iDrop News today has published a set of renders that imagine what “Apple Glasses” could look like…

The frame of these imaginary Apple Glasses is made out of a “high-quality metal,” while there’s a notch along the top that houses “cameras, sensors, and wireless antennas.”

Central to the design imagined here is a heads-up display of sorts that projects different information. As you can see in the image below, you can quickly access Siri, the time, Activity progress, and battery life via this display. The site speculates that the lenses could be where the augmented reality technology is housed:

These lenses could be where the actual “augmented reality” display would be projected, perhaps from a tiny micro-projector built into the frame of the device.

The renders also imagine how Apple Glasses would be charged. Essentially, you could lay the glasses on a wireless charging pad for Qi-like charging. Though, laying the glasses lens-down on the charger doesn’t seem like the safest way of charging.

These renders are certainly ones that are more for fun than reality at this point. In fact, they remind me some of the early Apple Watch renders that turned out to be incredibly off-track. However, they are fun to look at and imagine what aspects could turn out to be accurate.

Apple is said to be developing a pair of augmented reality glasses with a target release of 2019 or early 2020. The company reportedly met with augmented realty component makers at this year’s CES to discuss its upcoming AR efforts. Another report has indicated that an Apple manufacturer is moving forward with plans to build lenses for the smart glasses.

Furthermore, Tim Cook has been very bullish on the future of augmented reality and has indicated that Apple has a lot planned for the technology moving forward.

What do you think of these renders? Would you wear Apple Glasses if they looked like these? Let us know down in the comments.