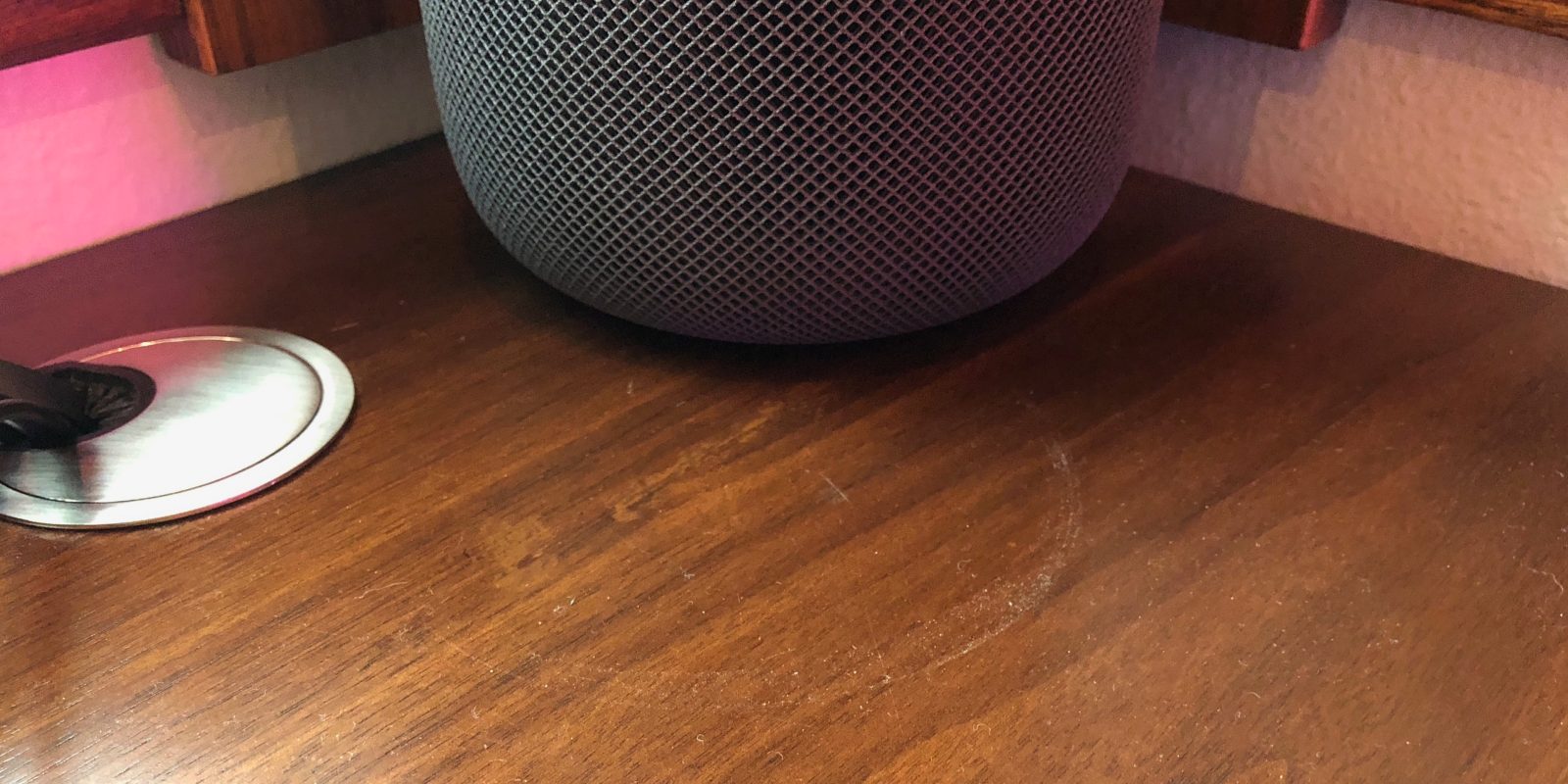 Apple admitted to Wirecutter who first noted the issue that HomePod’s base can indeed leave residue on certain wood countertops.

Apple tells the publication that “the marks can improve over several days after the speaker is removed from the wood surface” and suggests that if it that doesn’t work, “try cleaning the surface with the manufacturer’s suggested oiling method.”

Obviously this isn’t the best answer, as refurnishing furniture isn’t super convenient and the issue isn’t common in other speakers. Long term, we would imagine Apple might address the solution by tweaking whatever is causing the issue with HomePod’s base.

In the meantime, this is certainly a heads up to customers planning to place their HomePods on wood surfaces.

Aside from potentially damaging certain surfaces, HomePod has been receiving overwhelmingly positive reviews from the audio community and tech reviewers alike. HomePod’s main downside is that Siri isn’t as capable as other voice assistants in smart speakers (or Siri on the iPhone for that matter).

For me personally, as someone who has a deep love for audio and audio quality, HomePod is the perfect fit in my Apple-centric ecosystem (and I haven’t experienced any wood damage after several days).

Most of us on the 9to5Mac team have not experienced any marking issues on various types of wood surfaces, but at least one of our HomePods has shown this behavior pictured above.

Aside from if and when Apple is going to address this issue with a hardware tweak, we’re also curious about the specific cause of the occurrence.

Are you seeing furniture damage issues with your HomePod? Let us know in the comments below!