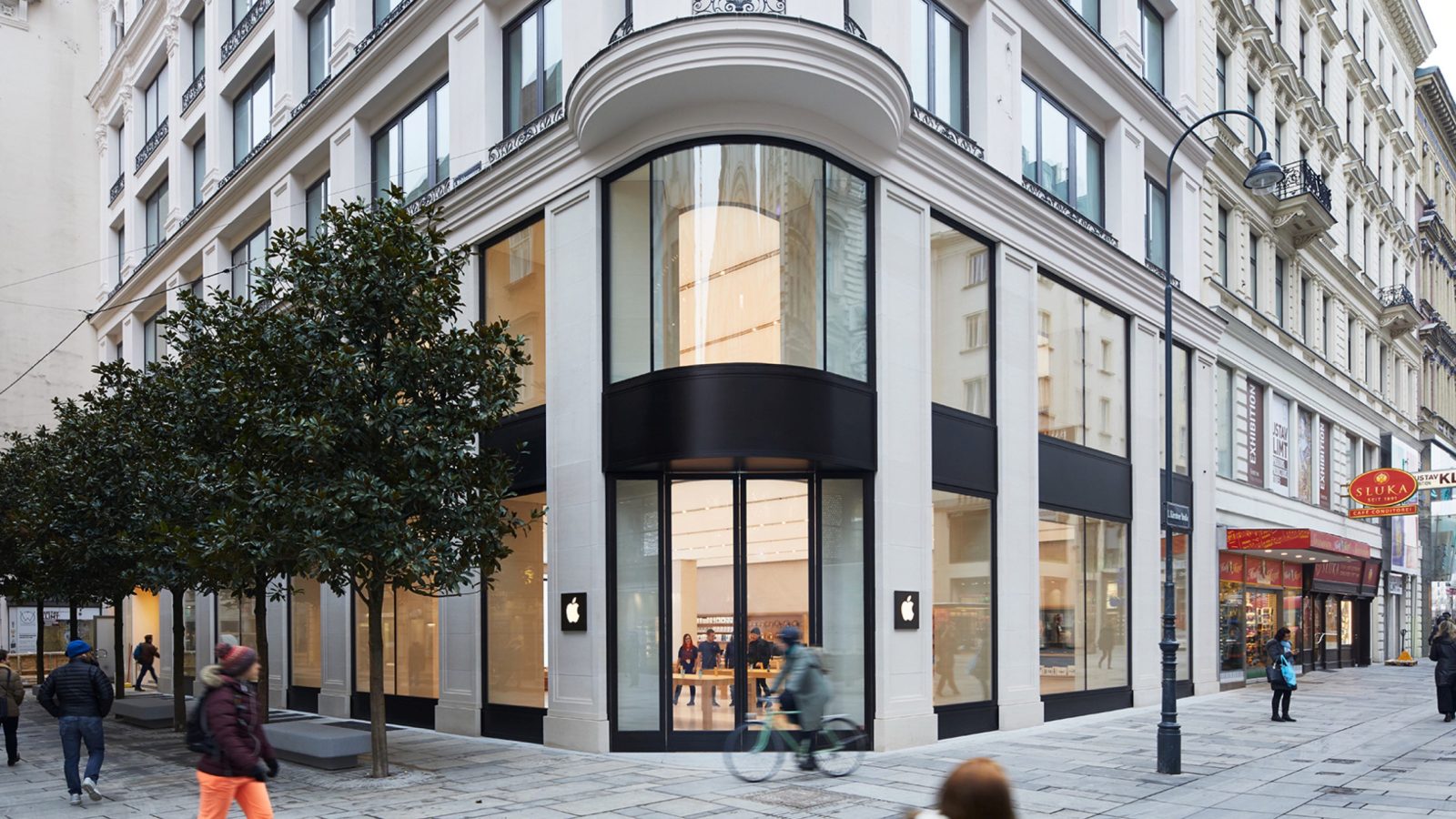 In a press release this morning, Apple revealed fresh images and details about their brand new retail location on Vienna’s Kärntner Straße. We previously reported that the store is set to open this coming Saturday, February 24th. Apple Kärntner Straße marks the company’s first official presence in Austria.

The completion of the historic store was announced just a few short weeks ago, when temporary scaffolding went down and culturally rich banners went up on the facade’s windows to herald the store’s arrival. Residents of Vienna have eagerly awaited the location’s opening, first discussed back in August 2016.

Overnight, the banners went down, and window shoppers can now catch a glimpse inside the restored space, formerly home to the fashion retailer Esprit. A two-floor layout will house Apple’s products, Genius Bar, video wall, and many Today At Apple sessions for the public to attend. The store boasts 150 employees speaking a total of 44 unique languages. Avenues occupy the back wall of the store on each floor, highlighting third-party accessories for sale and lifestyle stories.

“We can’t wait to join the bustling city of Vienna, a European crossroads so rich in history and culture. Apple Kärntner Straße brings the best of Apple together with our products, services and educational programs. Everyone is welcome to connect, be inspired to learn, and unlock their creativity.”

11 Kärntner Straße, past and present:

Just last month, Apple opened their first store in South Korea just ahead of the 2018 Winter Olympics. Construction on another historic storefront is underway on Champs-Élysées in Paris, expected to open later this year.