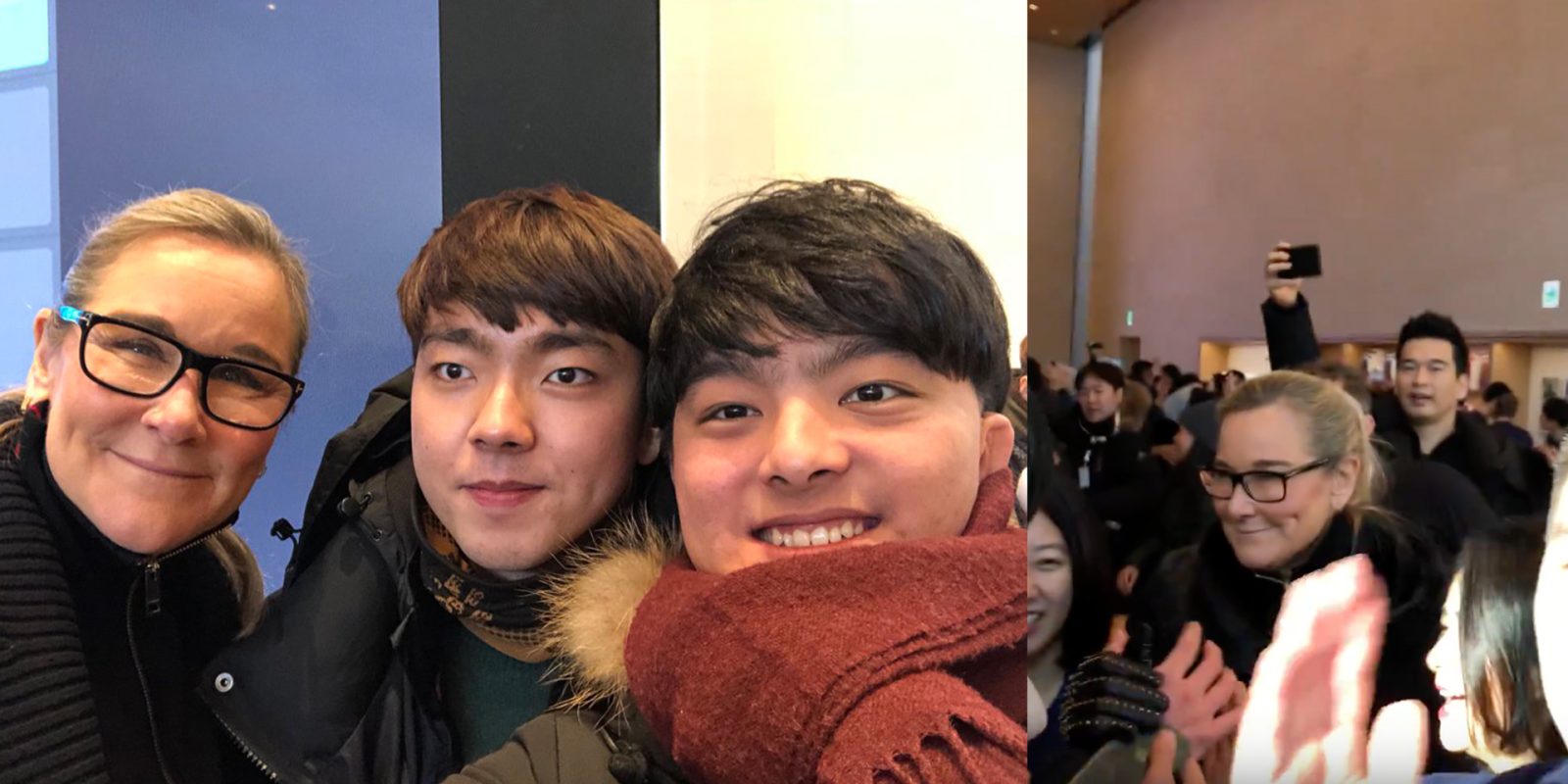 Update: Angela Ahrendts has posted her own congratulatory message and photo on Twitter.

Today, Apple celebrated completion of their first retail location in South Korea with a public grand opening. Photos and video of the festivities from those attending show Apple’s retail chief Angela Ahrendts in attendance to welcome the location’s first visitors.

The opening of Apple Garosugil has been anticipated ever since colorful banners announced the location’s arrival at the beginning of the year. This week, Apple posted teaser images of their own in the Apple Newsroom, celebrating the expansion into South Korea’s capital of Seoul, and detailing the store’s impressive architecture, which features a 25-foot glass facade.

The transformation of Apple stores into “town squares” has been a primary focus for Angela Ahrendts since starting her tenure at Apple in 2014. Apple Garosugil is a particularly important milestone, as it embodies the vision of modern Apple stores as community spaces, and is located in a region previously served only by third-party retailers that typically place less importance on customer experience.

In the video above, you can see the store’s first visitors entering and being greeted by Ahrendts (on right) and other store employees. The photo below depicts souvenirs given to those who waited in line for the grand opening. 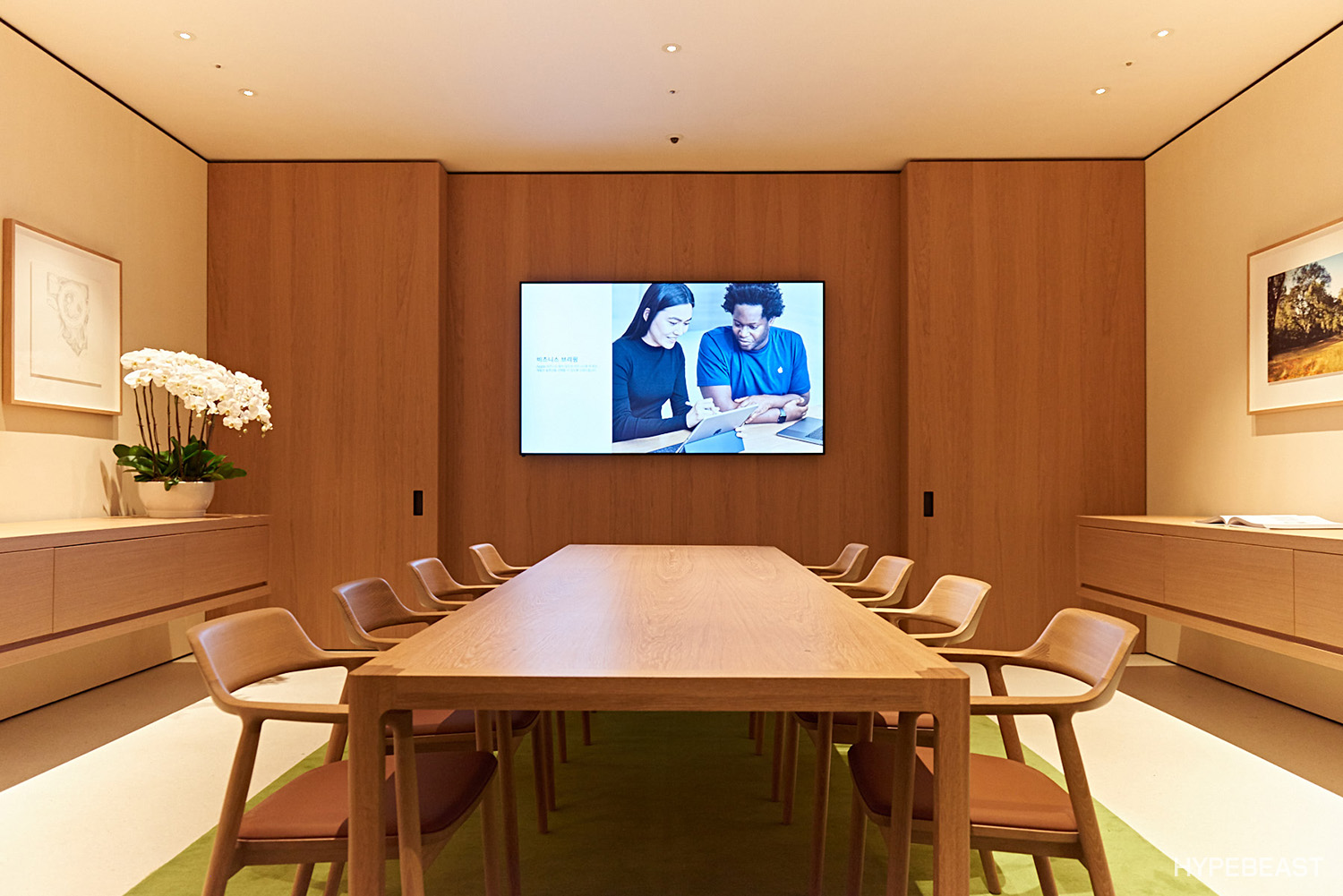 Apple Garosugil is the first Apple retail location to open this year, and by some counts, the company’s 500th. Locations in Vienna, Austria and Paris, France will soon follow, where construction is nearing completion on both almost simultaneously.