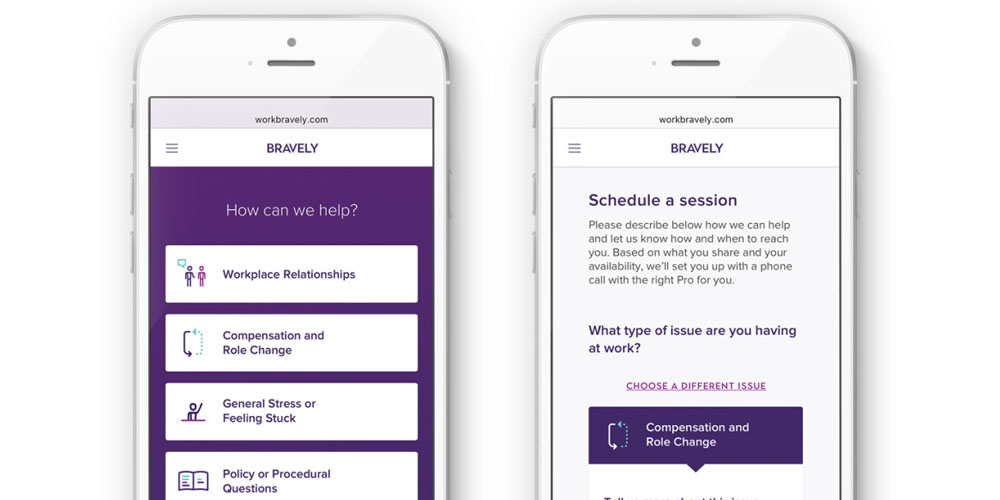 While the #metoo movement has focused attention on the problem of sexual harrassment in the workplace, forcing companies to take the issue more seriously, it can still take courage to file a report …

A number of companies are now turning to apps to make the process easier for employees, reports the WSJ.

The new tech startups like Bravely and We Said Enough outsource some human-resources functions to algorithms or neutral third parties who field worker complaints, or offer advice on responding to harassment. Some existing platforms, such as Blind—an anonymous chat forum used by thousands of tech workers—have also retooled to add forums where users can discuss sexual misconduct.

The app introduces a neutral third-party into the equation, which can provide advice and assist employees to file a formal report if they choose to do so. That advice is, says Bravely, tailored to the company.

Companies upload employee conduct guides and harassment policies to Bravely’s app, so a professional coach can help workers evaluate their options when they need help.

Employees also have the option of filing a report anonymously. This makes it harder to act on, but can draw a company’s attention to patterns of behavior.

The anonymous work chat app Blind – used by employees of companies like Microsoft, Amazon, Google and Uber – has also recently added a #MeToo board to facilitate sharing of harassment stories. Reuters reports that this is particularly popular in South Korea, where staff are often afraid to use official channels.

Some 61 percent of South Korean respondents working at private companies said they would bypass in-house whistleblower hotlines, saying they didn’t trust their organization to keep complaints confidential, according to a survey by consulting firm EY. That was significantly higher than the Asia-Pacific average of 37 percent.

Instead, South Koreans are turning to Blind, which now has over a million users in the world’s most wired country.

If you’ve experienced sexual harassment in the workplace, you can find advice on what to do via the Time’s Up website. The organization also offers subsidized legal support to victims.