Steve Jobs signed Mac OS X manual, employment application, and more up for auction, may net up to $50,000 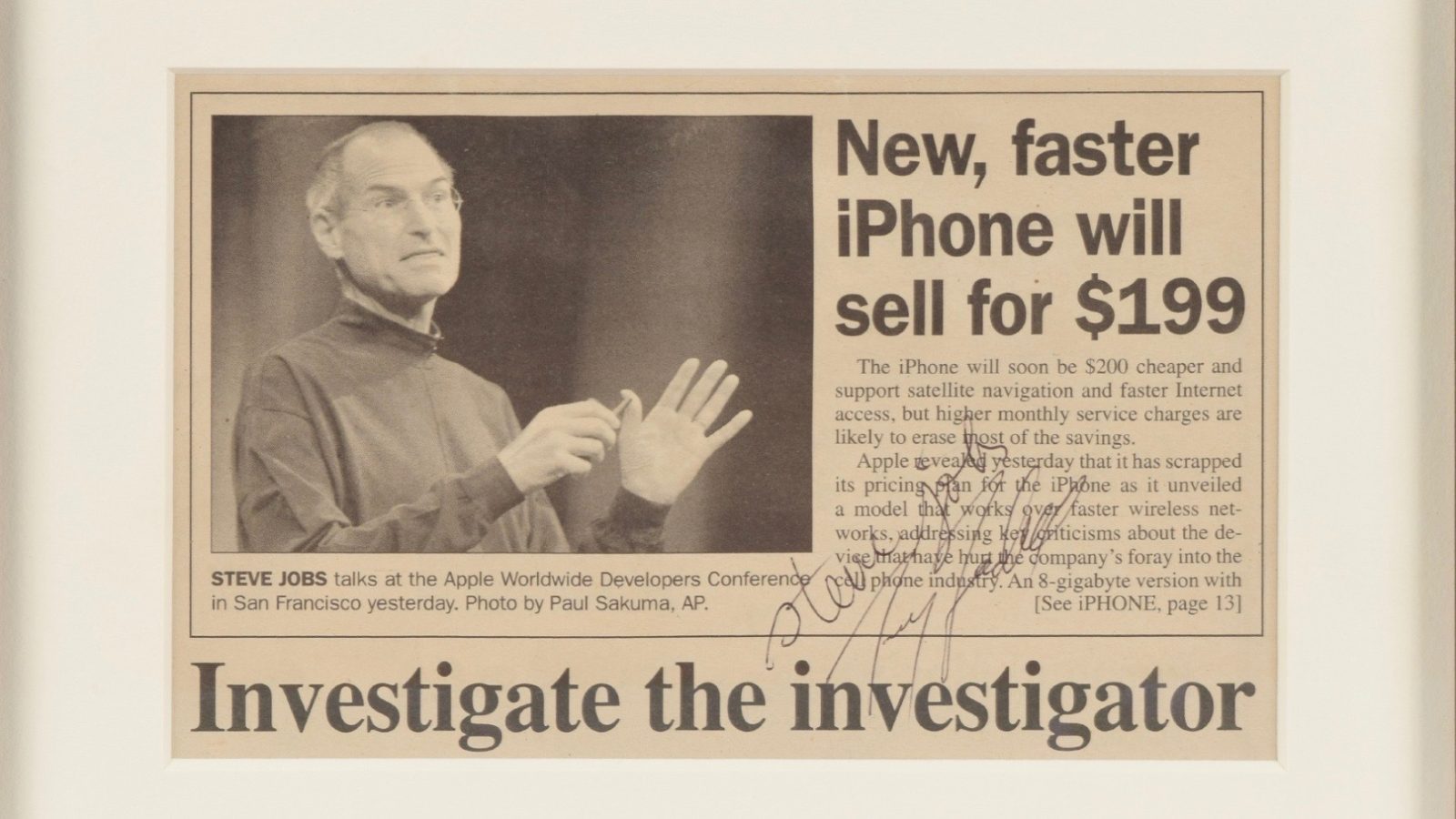 Three new items signed by Steve Jobs are going up for auction early next month. With the scarcity of Jobs’ autographed items, these latest auctions are expected to fetch between $15,000- $50,000.

All three of these items will be offered by RR Auction starting on March 8th with bidding ending on March 15th.

The most personal item up for grabs signed by Jobs is an employment application from 1973 after he dropped out of Reed College. The pre-sale estimate values this document at $50,000.

The next most valuable item is an autographed Mac OS X manual from 2001 estimated to be worth $25,000. Here’s the background how Jobs signed it.

It was afternoon, the end of my training day and I just got into my car when I saw Mr. Steve Jobs walking into his car. I rolled down my window and called up his name. He asked me whether he knew me. I told him I certainly knew who he was and immediately asked him if he would be kind enough to sign my Mac OS X Administration technical manual. He refused and said ‘I feel weird doing that.’ I refused to back down. After a bit of cajoling on my part, he finally told me to hand over the manual and pen. He said ‘give me those’ and he autographed my manual,” in a letter of provenance from the consignor.

Last is a signed newspaper article about the iPhone 3G and includes Steve Jobs and iPod creator Tony Fadell’s autographs. Here’s how a 10-year-old got a hold of this piece of history:

I went to a frozen yogurt store called Fraiche Yogurt with my Mom when I was about 10, right after the iPhone 3G was announced. I went to the bathroom, and my mom noticed Steve Jobs sitting outside with a friend. She picked up a newspaper off the counter which had a photo of Steve on the cover talking about the release of the next iPhone, and she walked outside, asking Steve to sign the paper. Steve politely declined several times, stating that everything at Apple was a group effort, so he didn’t like to sign and take credit for everything. My mom is pretty persuasive and was eventually able to convince Steve to sign; but under Steve’s condition that the person sitting with him would have to sign it as well. That friend turned out to be Tony Fadell, known as the Father of the iPod, who was working at Apple during that time and instrumental in the design and development of the first iPod which later morphed into the iPhone. Mr. Fadell eventually left Apple and went on to found Nest, a company sold to Google for $3.2 billion and he is now developing many other companies and technologies. So when I came out of the bathroom, and my mom showed me the newspaper pointing to Steve and Tony outside, since I was literally too starstruck and nervous to go outside and say anything to Mr. Jobs, I asked my mom if I could have the signature, and I have had it on my wall ever since.