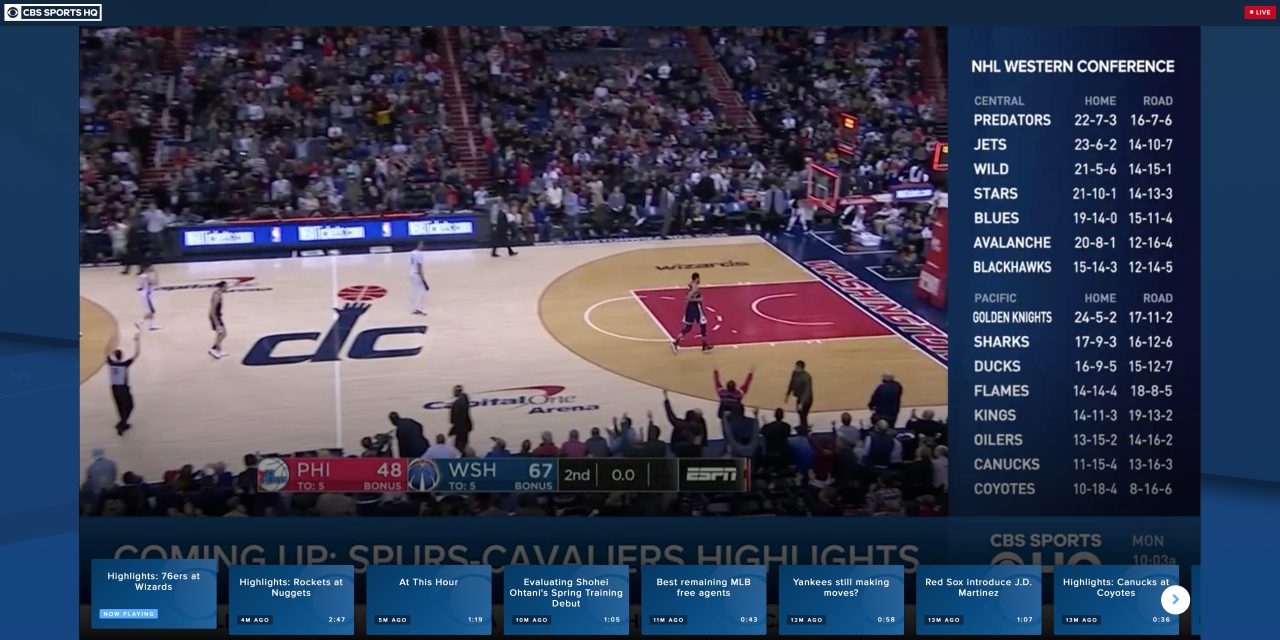 CBS Sports HQ is available for free where available and includes anchored coverage of sports news, game highlights, and game analysis around the clock.

CBS SPORTS HQ utilizes the combined resources of CBS Sports, CBSSports.com, 247Sports, SportsLine, CBS Sports Fantasy and MaxPreps to deliver a robust sports network with live news and reporting, game previews, post-game analysis, must-see highlights, projections and in-depth statistical breakdowns. The digital network also will give viewers the flexibility to control what they watch, with DVR-like functionality that allows them to watch previous segments and jump back into live programming seamlessly.

The new 24/7 sports coverage will be included in the CBS Sports app from the App Store. CBS says its digital CBSN venture has seen significant growth with 287 million streams in 2017 — up 17% from the 2016 Election Year.

What you won’t find in CBS Sports HQ, however, is full game broadcasts. For that, Apple recently added a Sports feature to its TV app on iPhone, iPad, and Apple TV for collecting live game broadcasts from partners including ESPN. Apple TV also supports up to four simultaneous streams through ESPN’s app, although the multi-broadcast feature is not offered system wide.

You can find the latest CBS apps for free on the App Store.