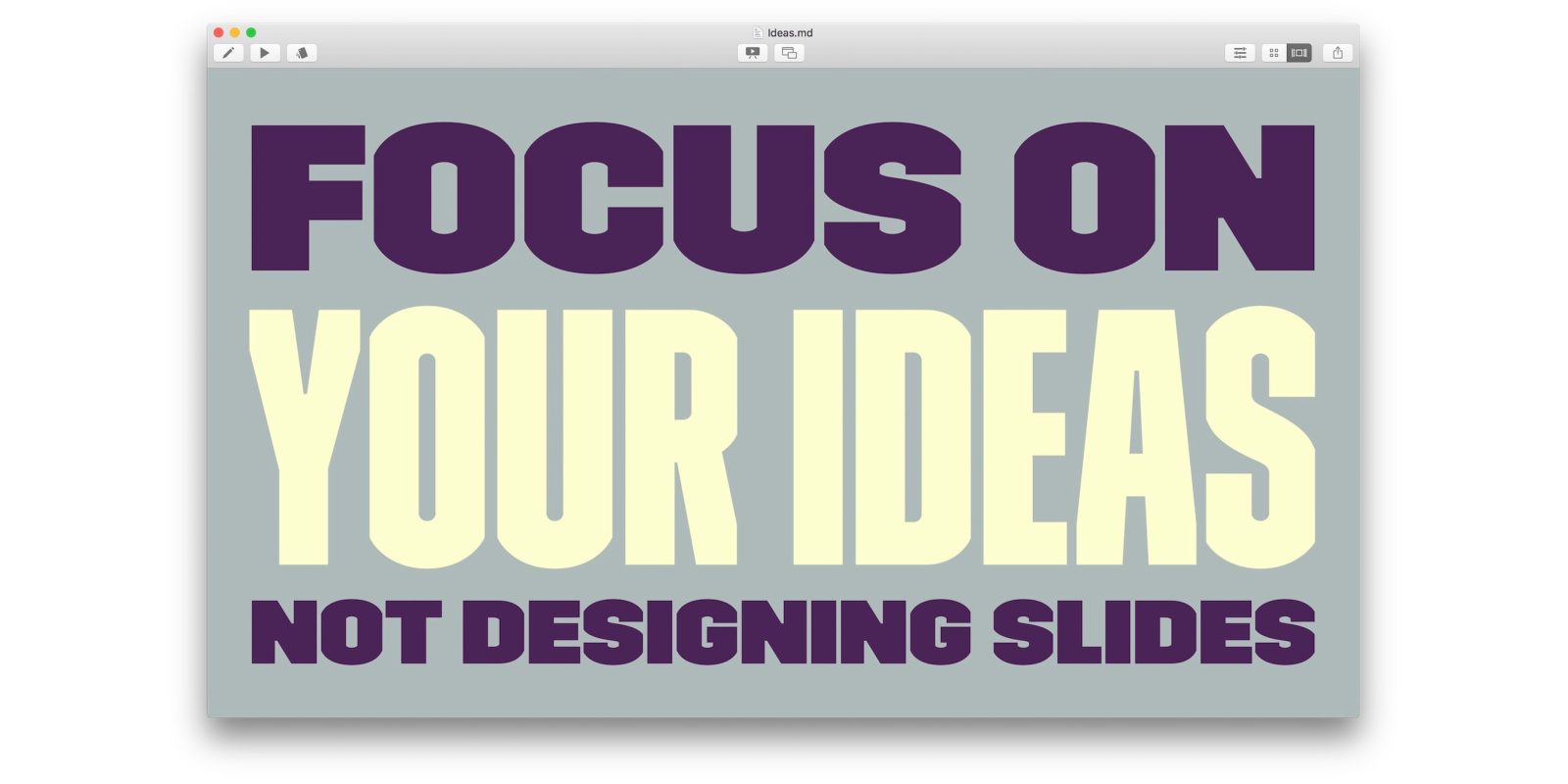 Deckset is the latest macOS app to join the growing list of software that has outgrown the stagnant Mac App Store. Citing a lack of flexible pricing options, Deckset is leaving the Mac App Store as it launches version 2.0.

The team behind Deckset also anticipates the ability to release updates more quickly without the Mac App Store’s review and approval process.

Developers are free to publish software on both the web and the Mac App Store, but many high-profile apps have opted out of the Mac App Store option for similar reasons. Since launching in early 2011, the Mac App Store has been criticized for implementing tougher regulations on software without adding enough incentives for developers to populate it.

That’s less true on the iPhone and iPad where developers can only distribute software through the iOS App Store — and recent reports claim Apple is working on a solution to scale iOS apps up to the Mac easier.

In the case of Deckset, which is a Mac-only app, that change won’t necessarily make a difference (unless it helps the Mac app make it to iPad), but it could help popular apps on iOS come to the Mac.

Most recently, Twitter announced that it was finally killing off its Mac client which was distributed through the Mac App Store. Twitter’s logic is that more users are on mobile devices and not the Mac, but a solution that lets iOS apps adapt to the Mac easier could remedy that.

As for Deckset, you can learn more about version 2.0 here and buy it for $29 directly over the web.