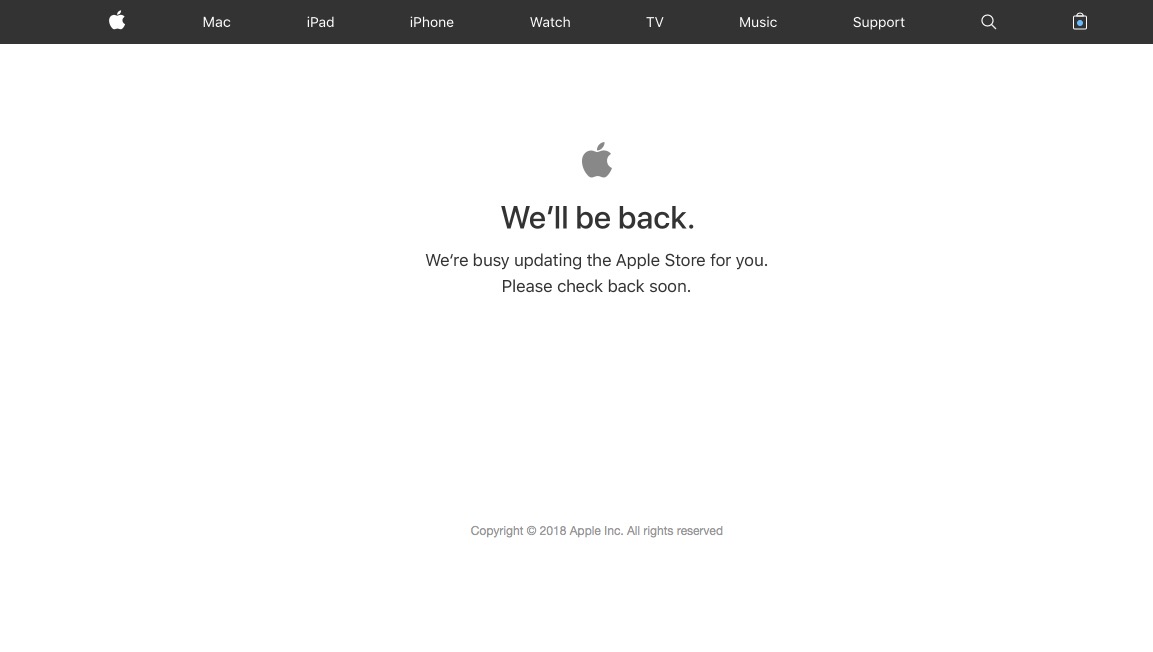 In traditional fashion, the Apple Store is down ahead of Apple’s announcements at today’s event at Lane Tech High School in Chicago. The education-focused event is expected to feature a new entry-level iPad, as well as a raft of software announcements aimed at attracting schools to convert to Apple devices.

The event kicks off at 10 AM Central time. Apple won’t be live-streaming this time around, but we’ll be bringing liveblog coverage from the event so stay tuned.

The event starts in about four hours from now.

Apple has signalled that this is a smaller event than its usual blockbusters, by hosting the event off-campus at a high school. The lack of a live video stream also suggests that major hardware is not in the cards.

However, we do expect a revision to the entry-level iPad, perhaps hitting even cheaper price points. Apple Pencil support for this new iPad has been rumored, which would be the first time Pencil support expands beyond the iPad Pro models.

There have been murmurs of a new cheaper MacBook but the latest reports indicate that this product is not ready to show today. We could see price drops or adjustments to the existing lines, including the ageing MacBook Air.

Therefore, we would expect Apple to focus on new software aimed at attracting schools to adopt iPad for students and classes. This will likely include upgrades to the Apple Classroom app with integration of a new ‘ClassKit’ framework, as previously discovered by 9to5Mac.

Stay tuned to 9to5Mac for all the announcements. We’ll be reporting live from the event.