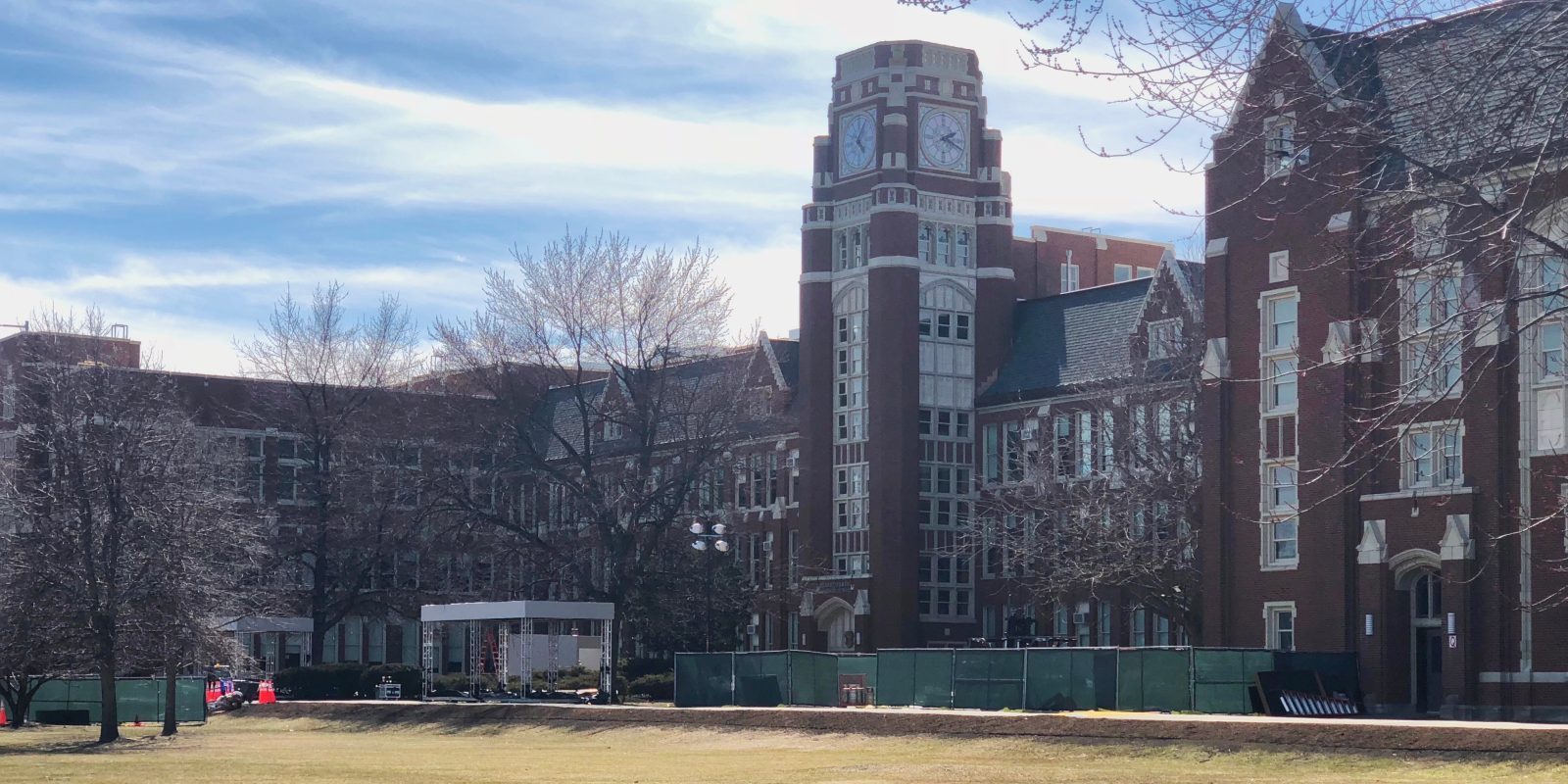 Apple has started some temporary construction works at the Lane Technical College Prep High School ahead of its education focused event on Tuesday, March 27. Apple appears to be setting up some kind of stage/demo area outside the main school buildings.

More photos after the break …

In the past, Apple has constructed these buildings to serve as the demo area for press for when the main keynote concludes, with these specially built structures, often mimicking a pop-up Apple Store, to demo the just-announced new software and hardware announcements.

Whilst it appears the building at the school is still in development, expect it to be fully built up over the next day or so. The Apple event starts at 10 AM Central time on Tuesday. As usual, our tipster Colby told us that there were plenty of security guards flanking the structures to dissuade people from looking too closely.

We are expecting Apple to announce a new cheaper entry-level iPad, as well as many new software announcements targeting education sectors, including a new ClassKit framework for developers to make better apps for learning environments. A cheaper MacBook has also been rumored, although some reports claim that the product is not ready to unveil on Tuesday.

(Note that due to the non-standard Chicago venue, this means the event starts 2 hours earlier than normal as Apple usually hosts keynotes at 10 AM Pacific.)

Thanks to Colby for sending these photos in!