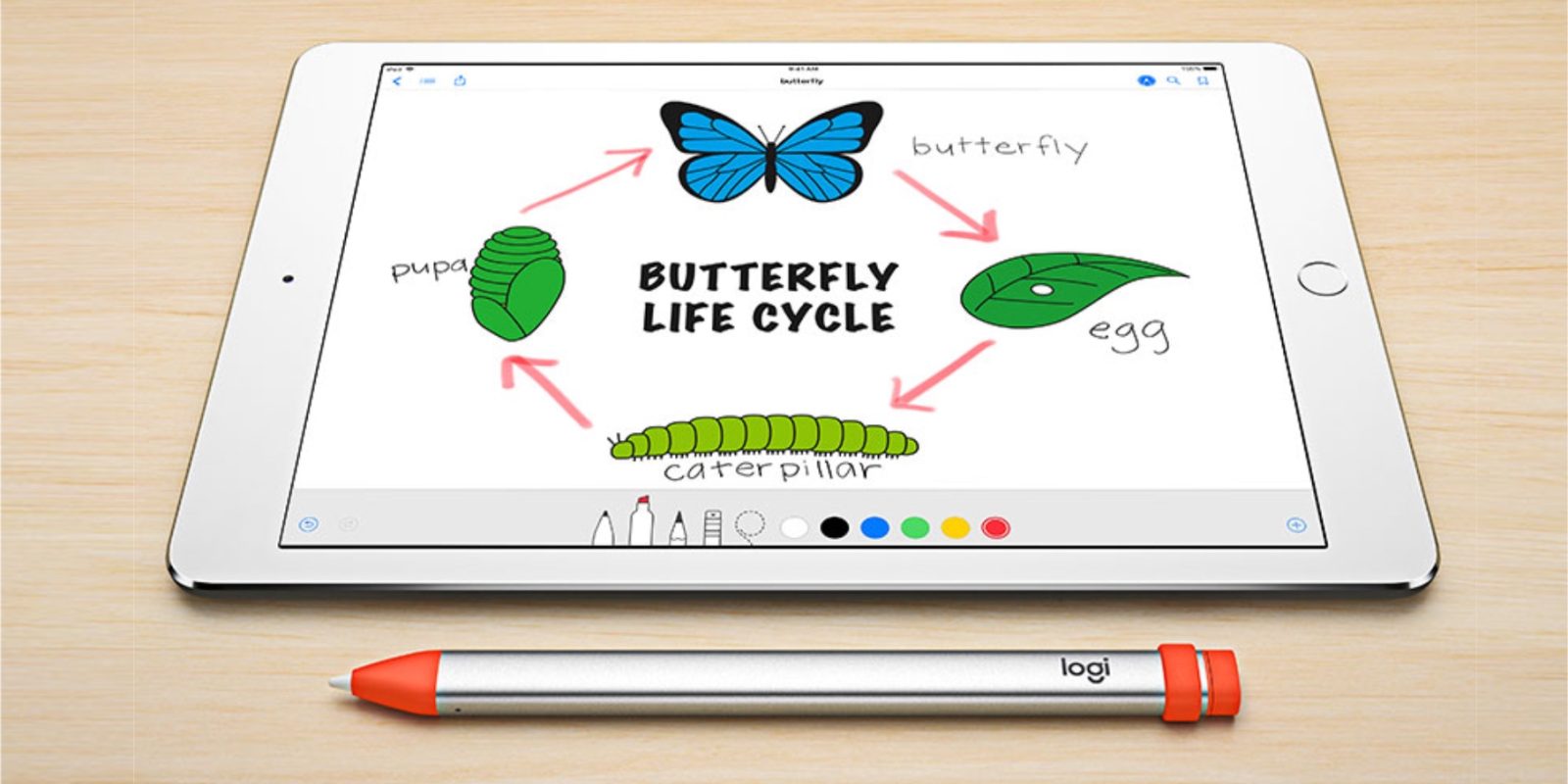 It doesn’t seem to support pressure-sensitivity but it is dramatically cheaper. Apple Pencil retails for $99, while the Crayon will cost $49 when it launches this summer into education sales channels.

This is not a dumb capacitive stylus like those seen on Amazon for as low as $10. Apple and Logitech have worked together to offer a product that rivals the Apple Pencil in many ways, at a much cheaper price point.

Whilst the palm rejection, accuracy and tilt features appear to be the same as the Apple Pencil, the design of the Crayon diverges in some key ways. The Crayon is a flat shape, not like a cylinder, so it can’t roll across the table. 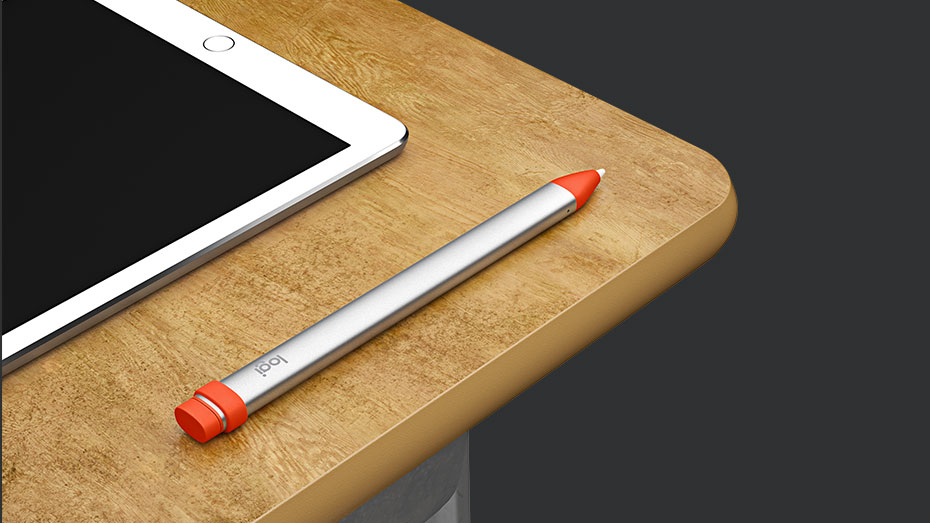 It’s also designed to be kid-friendly. The nib is covered by a plastic surround, only removable with the use of a special tool. At the other end, the rubber cap is connected to the Crayon so it can’t be lost.

Device compatibility is also interesting. The initial announcement only mentions support for the iPad (6th generation), the newly announced $329 iPad. As the Crayon uses a special wireless frequency — it’s not Bluetooth — it is probably not going to work with the current generation of iPad Pros.

Logitech Crayon is the first digital pencil designed for the new iPad and leverages technology found in Apple Pencil to deliver sub-pixel precision, low latency and support for tilt in a design that’s perfect for students. iPad features palm rejection technology and can tell the difference between Logitech Crayon and a hand resting on the display so students can write and draw naturally, just as they would with traditional pencil and paper.

Unlike the Apple Pencil, the Crayon has a female Lightning port in the cap. This means you can charge it with the same Lightning cable that you charge the iPad with, without an adaptor. However, you do lose the convenience of being able to plug the stylus directly into the iPad to charge.

The Crayon’s battery lasts for eight hours of usage on a single charge.

Pairing is also slightly different. The Crayon actually features a button; press it for 2 seconds and it connects instantly to the iPad. It even has a mini LED status light to let you know when its connected. It can even blink red when the battery is running low.

Today, Apple announced that they would sell the Apple Pencil for $89 to education customers. Even with that discount, the Crayon is 45% cheaper.

Unfortunately, it doesn’t seem like this will be seeing a release to general customers anytime soon. Logitech is advertising that the Crayon will go on sale to schools and districts through Apple’s Education Purchase programs.

There is no announcement as to when we might see these available to buy as ordinary consumers. 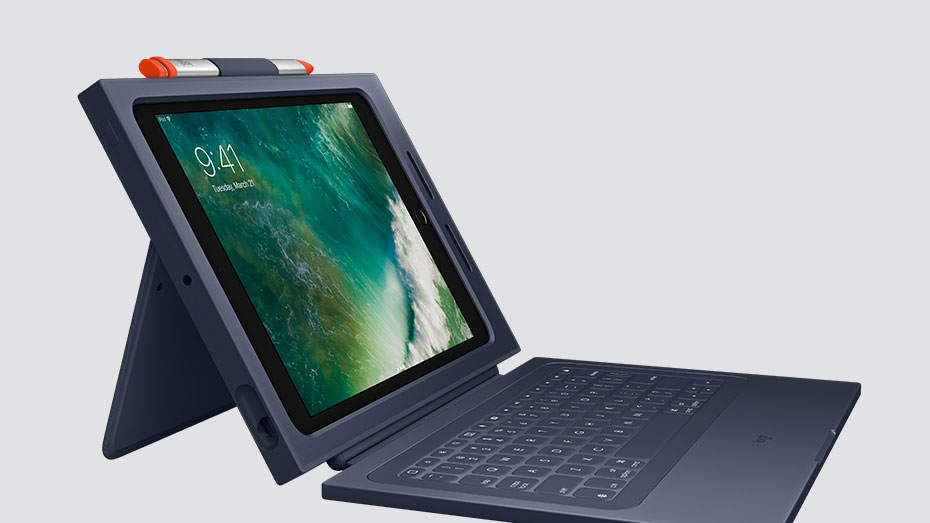 There is also a new version of the Rugged Combo Case. Exclusive to education, the new second-generation accessory includes pry-resistant keycaps. It is also spill resistant and keys are silent.

Also, the new case includes a proprietary Lightning pass-through connector for syncing and charging of the keyboard and iPad in one. The case will cost $99 when it goes on sale later this year.