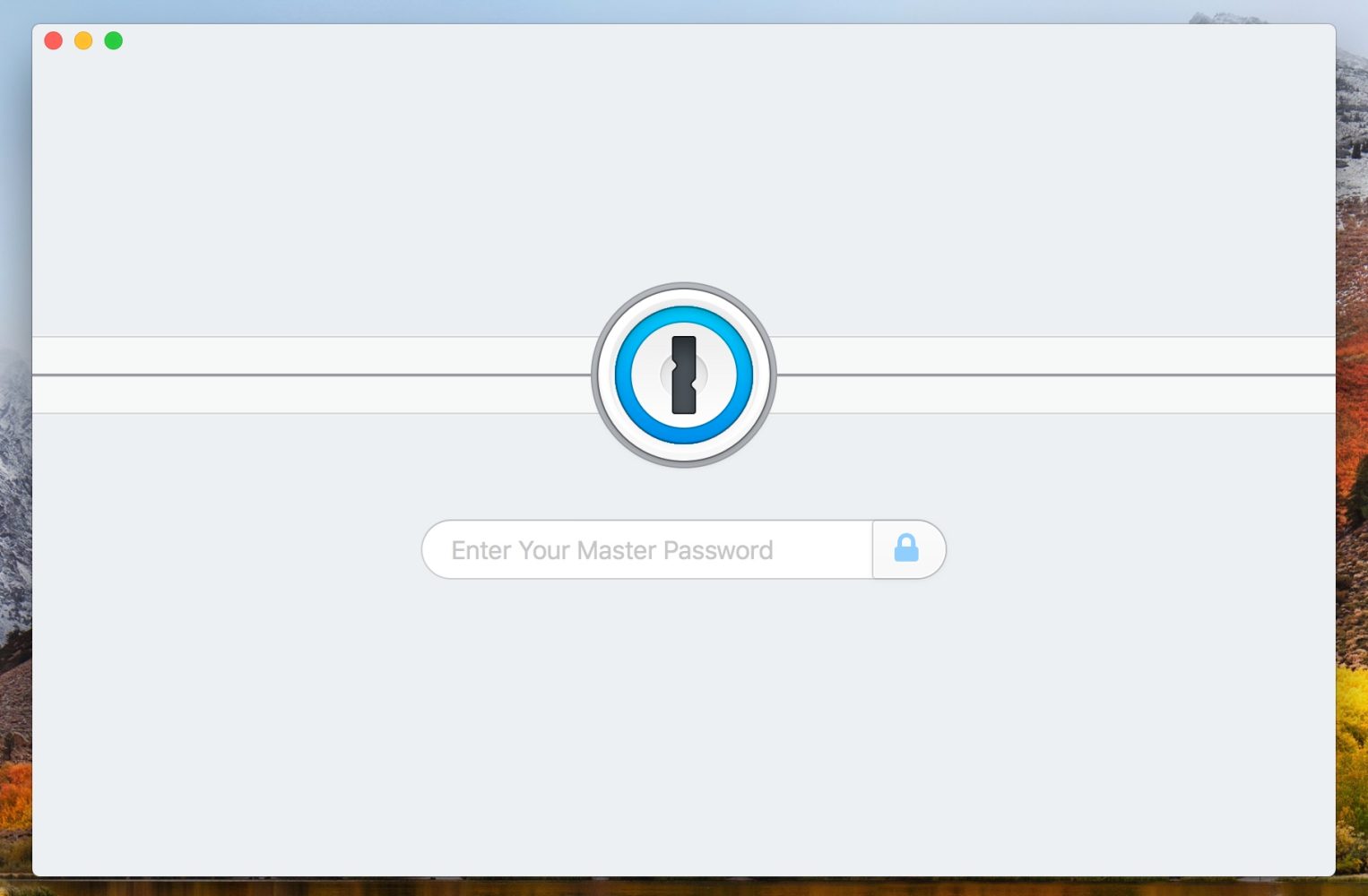 1Password has become the standard for password management software within the tech community, and today 1Password is taking its Mac client to the next level. AgileBits has released its first beta of 1Password 7 for the Mac and it is packed full of features.

The changes first appear with the lock screen. While this a minor difference, 1Password is taking inspiration from its iOS client and bringing a more flat and vibrant colored lock screen, replacing the muted colors on the current version.

The awesome starts with the lock screen but the real magic happens when those doors open.

Speaking of design change, the entire app is getting a major overhaul. Gone is the predominantly white interface, replaced by a much more colorful, condensed interface that gets rid of a ton of empty space. The company is also introducing a new custom font for the app: Courier Prime Bits.

For users with multiple vaults (family accounts, for example), 1Password will now allow you to drag and drop items between vaults. It works just as expected: drag an entry from one vault, hover it over another, and drop to move it.

You can now see all your vaults in the sidebar. This makes it easy to drag and drop items between vaults to organize them. You can even drag them between two different accounts. And if you drag items onto New Vault, a vault will be created for you right there and then. It’s never been easier to share and organize your information.

On top of this, AgileBits is clarifying the use of vaults. If you’re like me, you have everything stuffed into one single vault and simply use the search feature. However, with 1Password 7, the company is bringing vaults to the forefront. For example, you could create a vault that has all of your team’s social passwords while your other data lives in another vault. 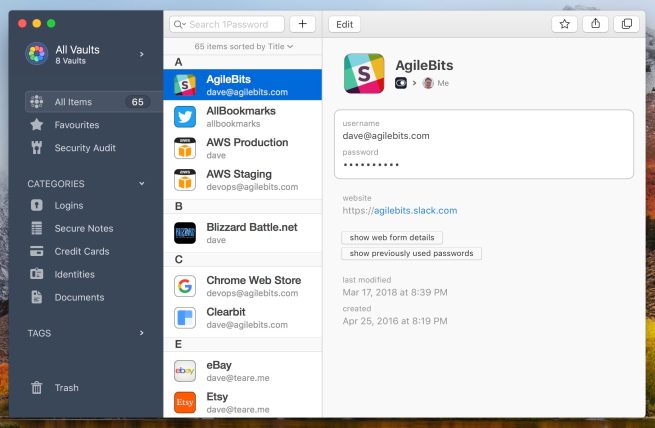 Other notable changes include keeping track of and notifying users of compromised passwords, combining 1Password and mini into a single process, keeping your Master Password stored in the Secure Enclave on MacBook Pros with Touch ID, and much more. You can read the full change log on 1Password’s website.

The beta is available for anyone who wants to try it. Those with a legacy license will be able to purchase an upgrade license for $39.99 while the app is still in beta, but will retail for $64.99 when the app officially launches later this year.

The last major update for 1Password for Mac added support for the Touch Bar and a free 30 day trial. In that release, 1Password specifically noted that legacy users will still be able to use their 1Password licenses for the foreseeable future, noting that users will “be able to use 1Password as before and are not required to subscribe to our 1Password membership.”

Are you a 1Password user? Do you pay for their subscription service? Let us know in the comments below!