Review: The headline feature of Marshall’s Mid ANC on-ear wireless headphones is the least-impressive thing about them 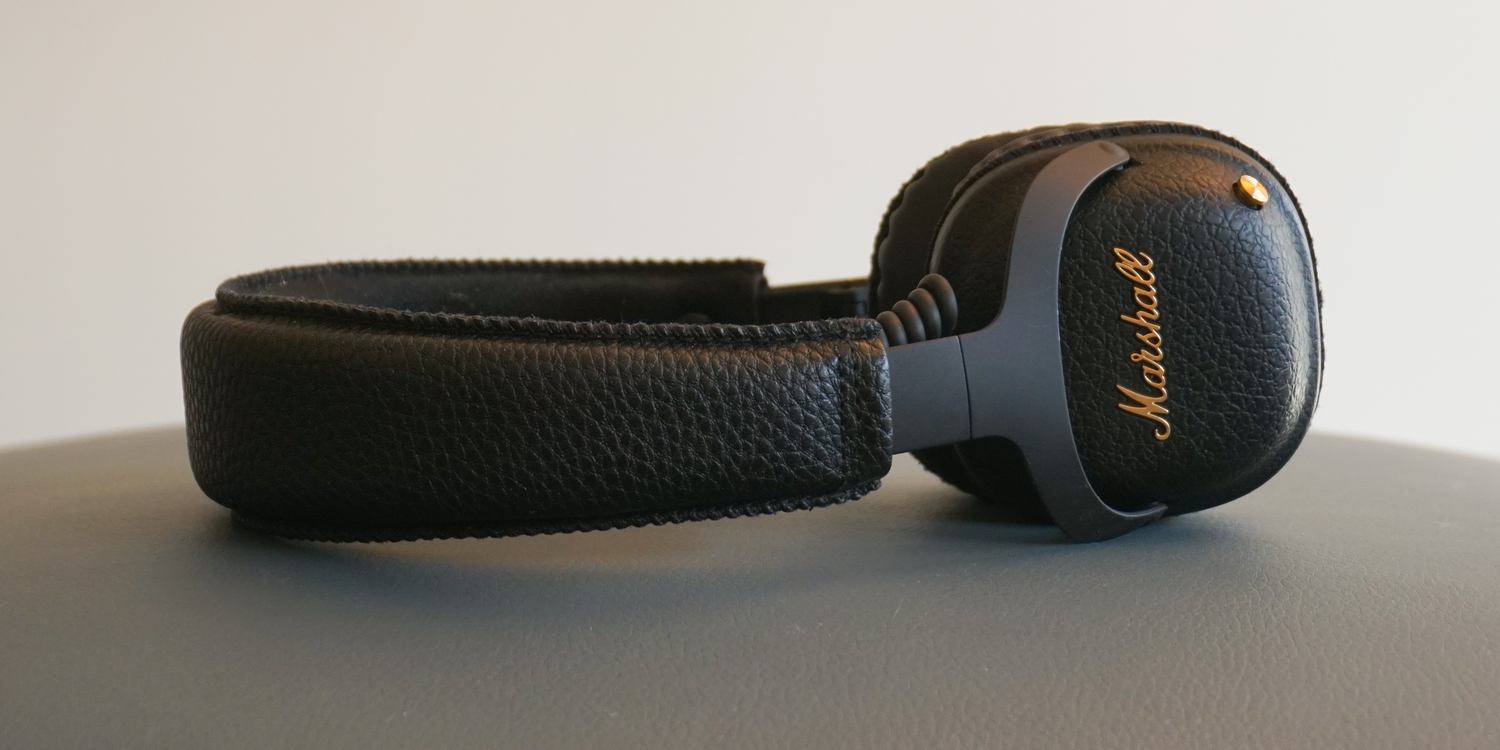 After being impressed by Marshall’s Stanmore AirPlay speaker earlier this year, the firm asked me if I’d be interested in trying its latest headphones, the Marshall Mid ANC. This is an update to the earlier Mid model with the addition of active noise cancellation.

Ironically, it’s the new feature – the active noise cancellation – that I think is the least-impressive one. But that’s not to say I think that the headphones themselves are unimpressive; far from it …

These headphones are unmistakably Marshall. They have the same black design with gold lettering the company uses for everything, and they also share the retro look of the speakers. They includes coiled cables emerging from the headband to the ear-cups, looking somewhat reminiscent of guitar cables.

The design is exactly what you’d expect: basic, old-fashioned, no-nonsense. There’s an anodized metal headband lined on the outside with a leather-like microfibre and on the inside with felt. Both black, of course. The microfibre earcups are deliciously soft and comfy.

There are only two controls, of which more in a moment. The bottom of the right cup has a microUSB socket for charging, and a dual-purpose 3.5mm headphone socket – more on that later too.

My head is on the large side (size 58), so I find most headphone bands need to be stretched somewhat before they are comfortable, and that’s true with these too. But once that was done, they were very comfortable.

The earcups fold under the headband to form a pretty compact unit when it comes to storing them in a bag. They don’t have the same clever twist mechanism as my much-loved B&W P5 Wireless, but they don’t take up too much room.

Marshall supplies a double-ended 3.5mm cable with the headphones, and you can use this in two ways. If you’re connecting to something with a headphone jack, then you can use the cable to turn your wireless headphones into wired ones.

This is a really neat feature. Again, I’d love to see this more widely supported by headphone manufacturers. 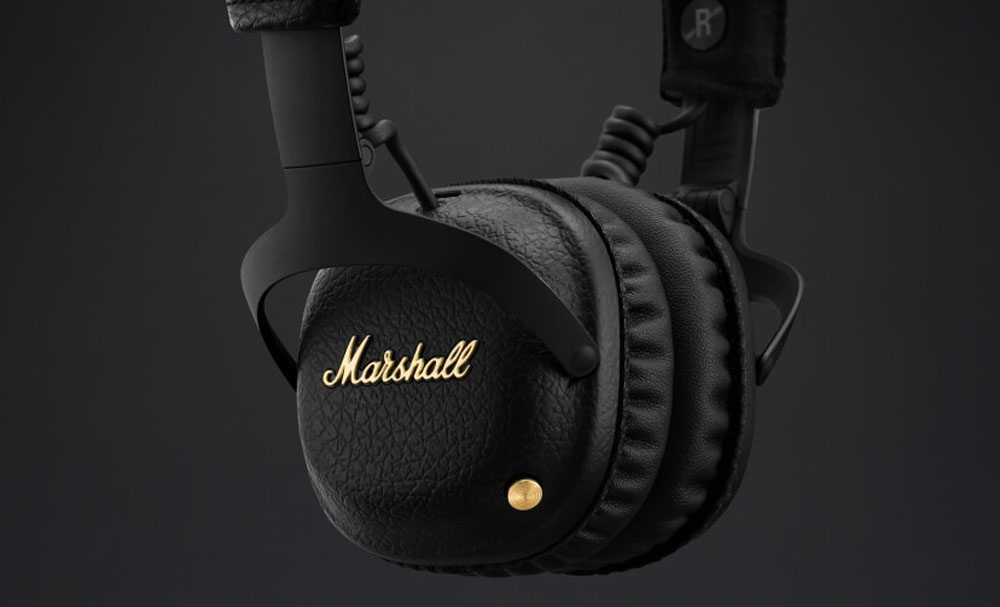 The controls are to me the single best feature of these headphones. The right cup has only a two-position switch, for the noise-cancelling feature. The red dot is off, the gold dot is on.

The left cup has what looks like a single button, in gold, but this disguises a really fantastic piece of design. It’s actually a combo button and mini joystick that allows a single control to do everything:

If that sounds complicated, it’s actually beautifully easy in real-life use. I love, love, love this control, and wish all headphones worked the same way.

My only complaint about the controls is that they aren’t where my fingers expected them to be – they are set further back and down than most headphone controls.

As I mentioned last time, my tastes generally run to very neutral sound – think B&O and B&W. But I do find the Marshall sound a fun one: it works really well for the type of music the company is all about – rock. I wouldn’t use these headphones to listen to a ballad or a classical track, but put on a rock track, and they sound great.

There’s plenty of volume, and no distortion when maxed-out. If you choose a Marshall product, you know exactly what you’re getting, and you won’t be disappointed here.

If you’ve ever used Bose QuietComfort headphones, you’ll know how miraculous the noise-cancellation is. The outside world simply disappears.

Personally, I found this the least-impressive aspect of the headphones. The ANC is great at dealing with low-frequency sounds, like the rumbling of traffic. But not that great at blocking higher frequencies. I’m perfectly willing to believe that was a deliberate decision on the company’s part – the company is too good at this stuff to get it wrong – but I did find that the difference between ANC on and off was less marked than I’d expected.

But, to be honest, the passive cancellation is so good that this isn’t a huge deal.

Marshall claims 20 hours with ANC on, 30 with it off. I’m writing this review after just a couple of days’ use, totalling about five hours, so I can’t comment on this yet – will update when I can.

One thing to note, though, is that the headphones don’t seem to have an auto-power-down time-out: I used them in the early evening yesterday, and then this morning noticed I had no sound from my Mac because it had reconnected to them. That would obviously dramatically reduce battery-life unless you get into the habit of switching them off after use.

The headphones cost $269. That’s a $70 premium over the official price of the non-ANC model, but you can do much better on Amazon. Personally, given my experience of it, I’d opt for the non-ANC version – but your ears may vary, so I’d definitely recommend taking the ANC model for a spin.

If you do want the active noise cancellation, these are a great pair of headphones. They’re lightweight, comfortable, deliver that signature Marshall sound – and the all-in-one joystick control is how all headphones should work.

Marshall Mid ANC headphones cost $269 direct from Marshall. Check out Amazon for the older non-ANC model, and other Marshall headphones.