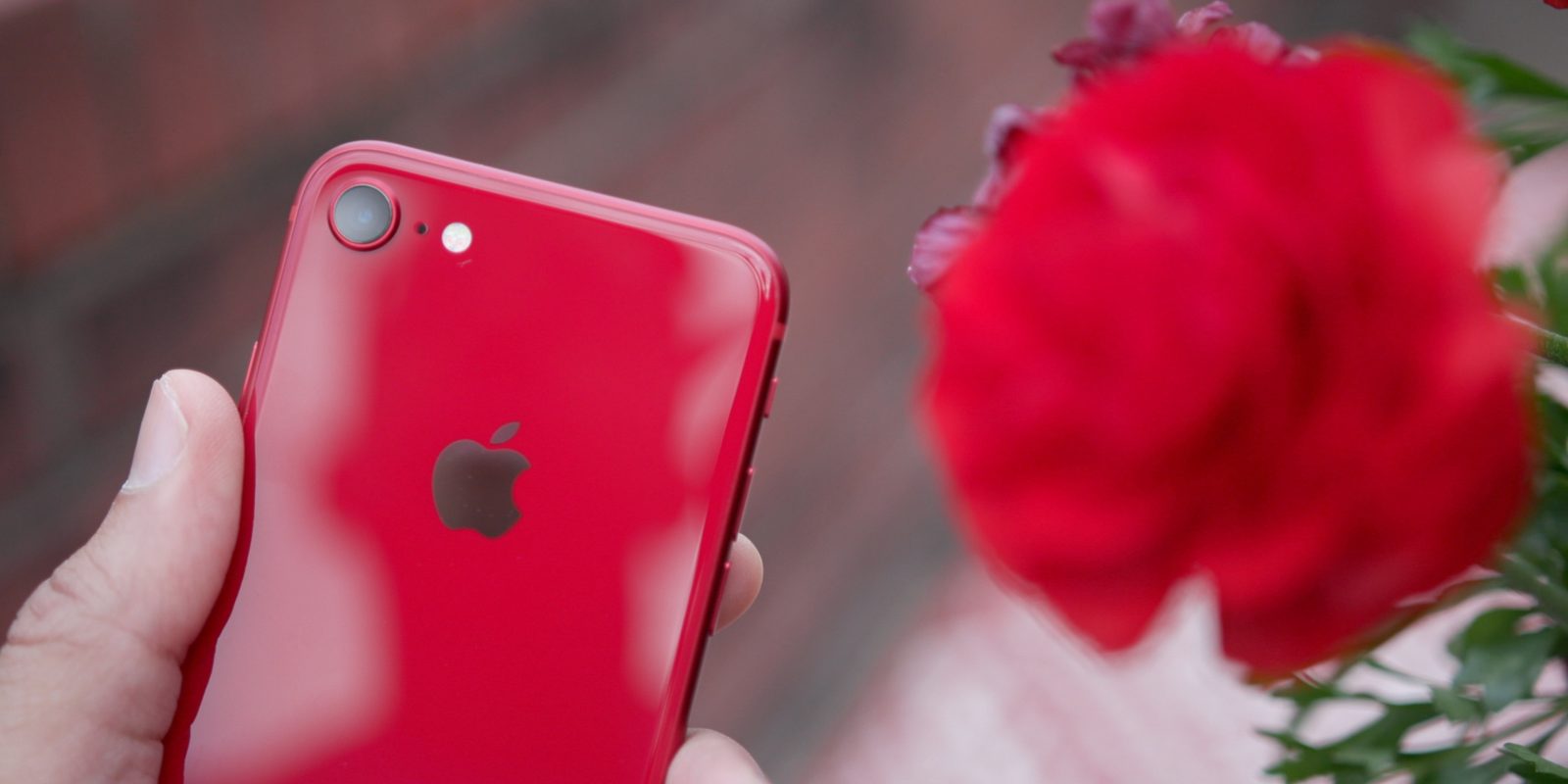 Apple’s mid-cycle (PRODUCT)RED iPhone 8 special edition is now arriving to customers who ordered online earlier in the week, and is also available for in-store pickup at most retail Apple Store locations.

Like last year’s iPhone 7 special edition release, Apple will donate a portion of the proceeds for the red iPhone 8 to charity. If you didn’t care for the look of the (PRODUCT)RED iPhone 7, there are two key differences with this year’s model that may change your opinion this time around. Watch our hands-on video unboxing and walkthrough for more details.

Unlike last year’s iPhone 7, the current-generation iPhone 8 features an all glass design. That means that the rear of the unit, along with the front, is covered in glass. The reason for this change was made largely in an effort to support wireless charging.

The change to an all glass enclosure was noticeable on the initial silver, gold, and space gray iPhone 8 models, but these colors were somewhat muted. The red color, on the other hand, benefits heavily from the reflective glass rear, and in my opinion looks significantly better than the anodized aluminum back panel from last year’s (PRODUCT)RED iPhone 7 release.

Perhaps the biggest difference between the iPhone 7 and iPhone 8 (PRODUCT)RED models is the switch from a white faceplate to a black faceplate. One of the biggest complaints that I heard about the previous special edition involved Apple’s decision to mate white bezels with the red rear casing. Some people disliked the color combination so much that they opted to swap out the white faceplate for a black faceplate.

This time around, you no longer have to consider taking such extreme measures. I’m not sure if Apple’s designers were actually listening to feedback, but for whatever reason it opted for a black/red combination for this year’s special edition release.

With that all being said, I’m not as big of a fan of the black bezels + red combo as I initially thought I’d be. See the final thoughts below and/or watch the video above for more details as to why that is. 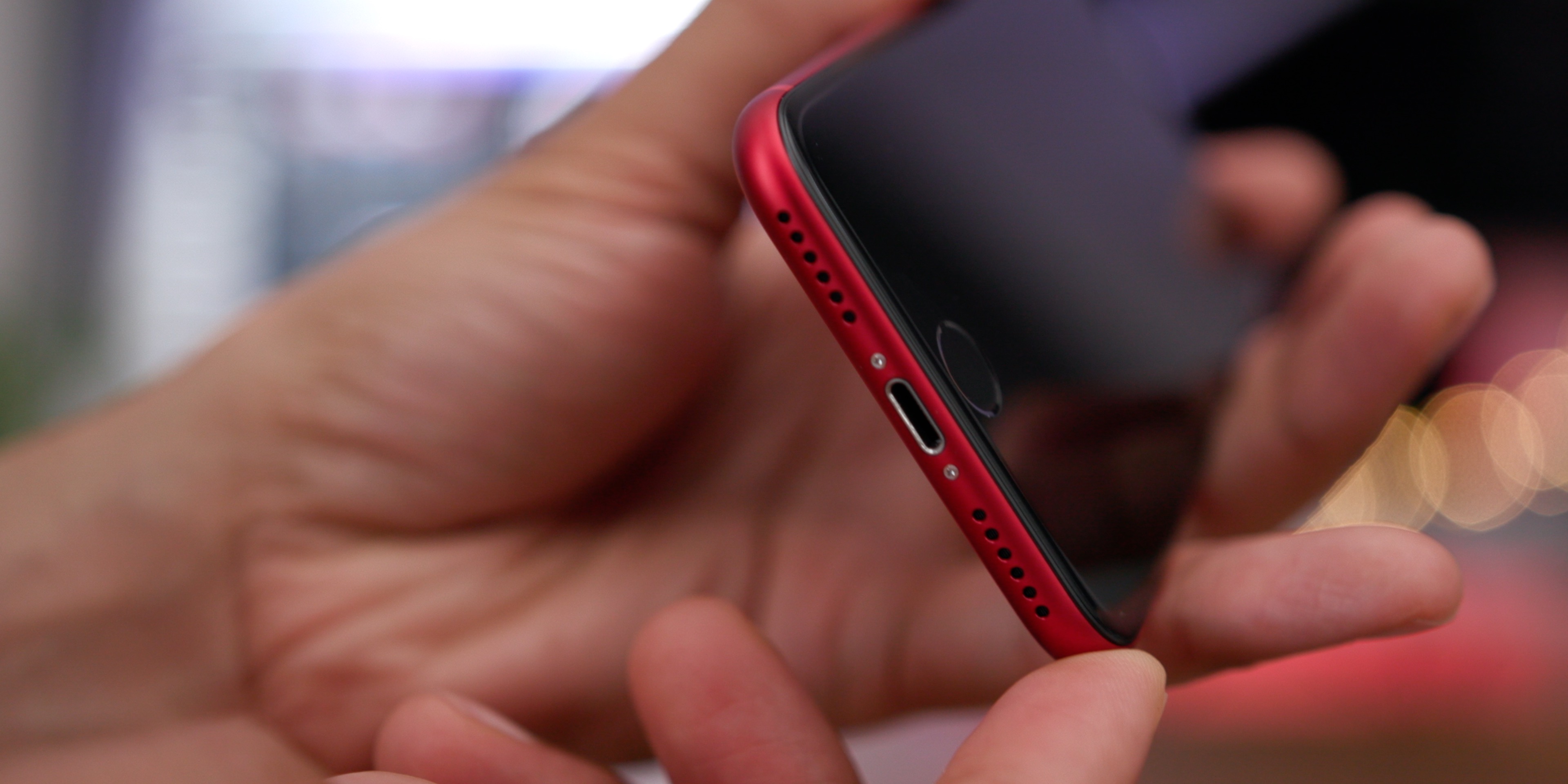 Everything else about the red iPhone 8 is exactly the same as the models that launched in late 2017. That said, it’s still an extremely capable smartphone that, from a pure power perspective, is similar to Apple’s flagship iPhone X. Both phones share the same A11 Bionic processor, resulting in nearly identical Geekbench scores. The iPhone X has an extra gigabyte of memory, but it also has a denser screen resolution. 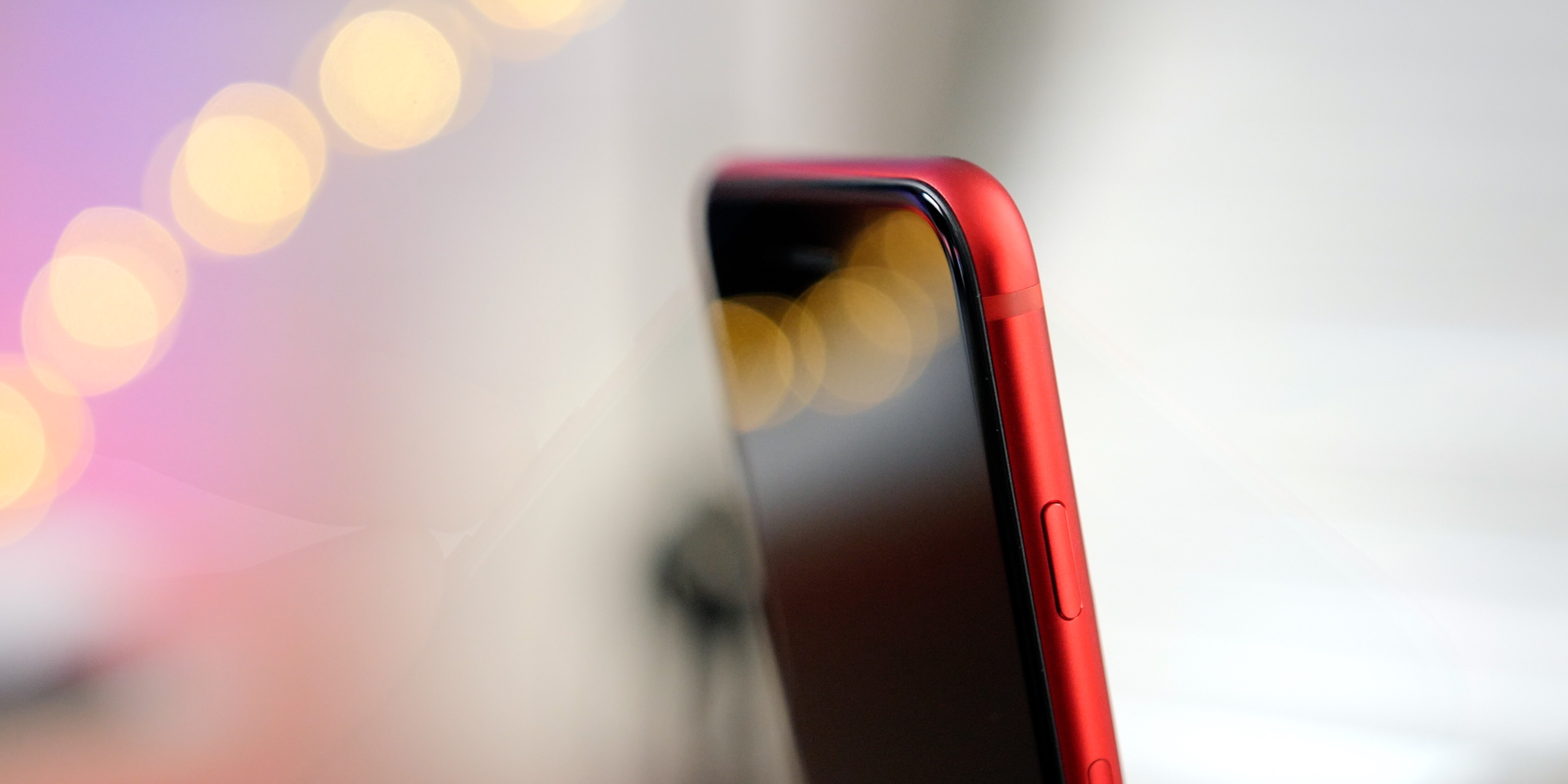 Obviously there are features that set the iPhone X apart from the iPhone 8; for example, the lack of a TrueDepth front-facing camera means no Animoji or Face ID, and the lack of an OLED display results in noticeably inferior black levels. But that’s in comparison to the iPhone X, and most users considering the red iPhone 8 aren’t downgrading from an iPhone X.

Should you buy the red iPhone 8?

Along with the obvious charity elements of the (PRODUCT)RED iPhone 8, Apple has timed this release during the current-gen iPhone’s mid-cycle period to bring attention back to its flagship product line.

If you already own an iPhone 8 or iPhone X, then there’s no real reason to purchase the (PRODUCT)RED iPhone 8 unless you’re totally head over heels for the updated coat of paint.

If you don’t already own a current-gen iPhone, then the red iPhone 8 might be a more compelling option, especially if none of the launch colors appealed to you. Still, we’re less than half a year away from the next iPhone reveal, so even then you’d probably be best off waiting it out. 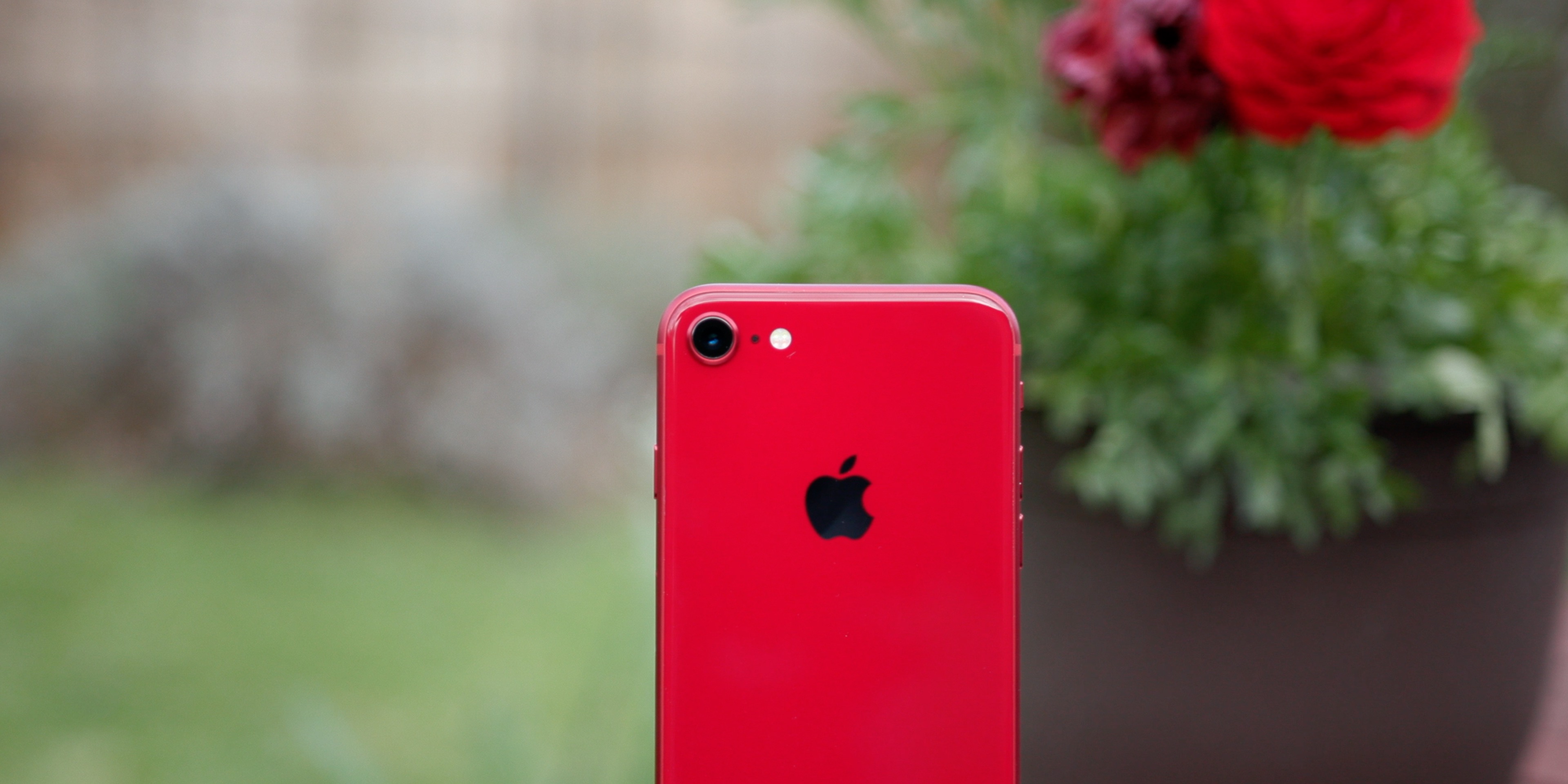 If you own an older iPhone or Android phone and don’t care about staying up to date with the latest and greatest, then the red iPhone 8, along with the rest of the lineup, might be worth considering. It’s significantly cheaper than the iPhone X, and as stated, is similar in performance.

The best (and worse) iPhone 8 features, watch and read our walkthrough.

If you waited this long to consider an iPhone 8 because you love the color red, you better not put it in a case that hides the rear, because that would be ridiculous. You should either: 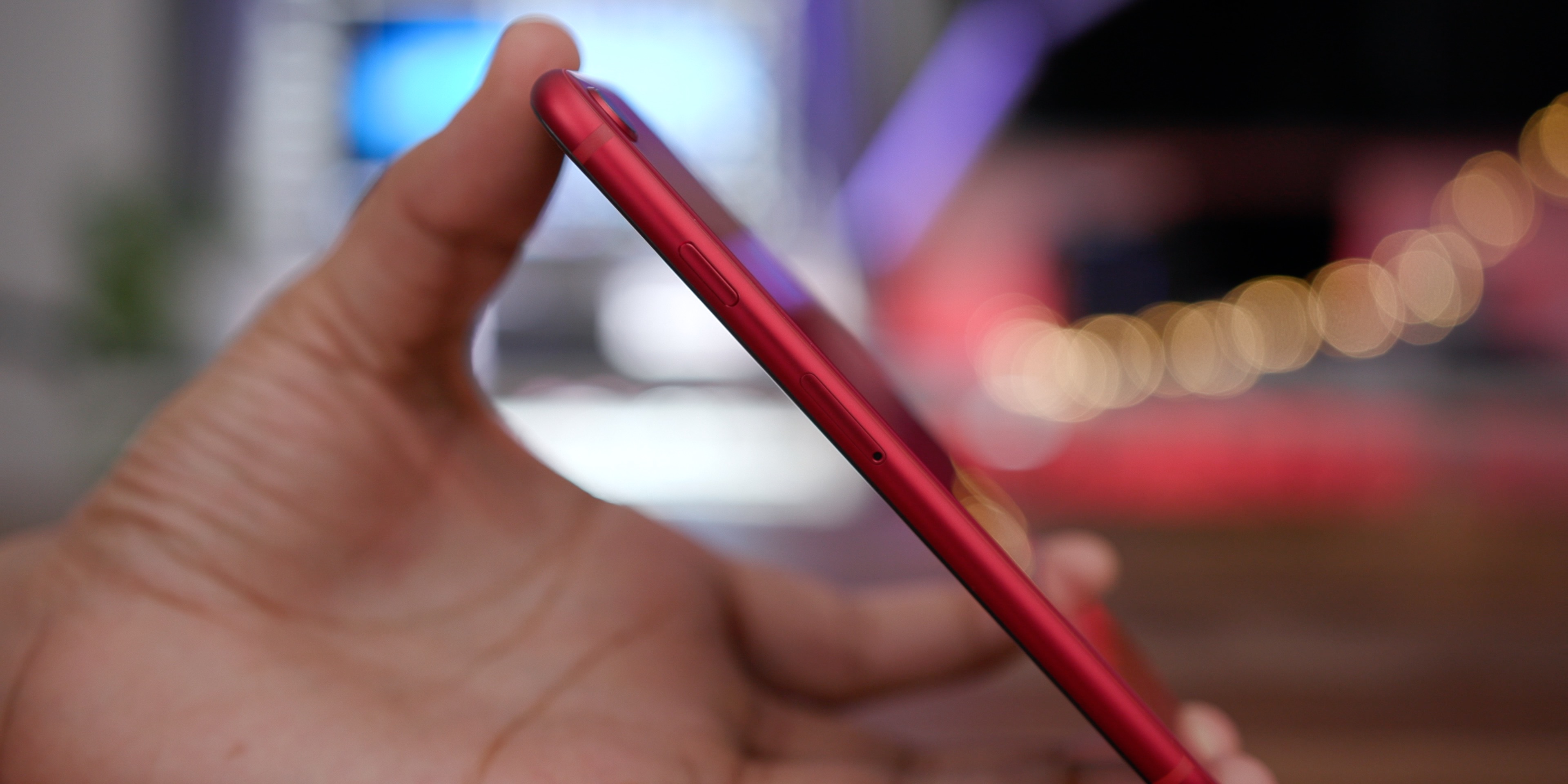 Otherwise, I just don’t see the point of buying the red iPhone 8 only to hide it in the case. Of course, there’s the charity element that will encourage some to make the purchase on principal, but I still think it would be wrong to hide the only physical property that makes it unique when compared to the standard-issue iPhone 8.

When I first heard that Apple was releasing a (PRODUCT)RED version of the iPhone 8 with black bezels, I was pretty excited to try it for myself. Now that I’ve gone hands-on with it, I have to say that I think the white bezels found on the iPhone 7 version looked better. 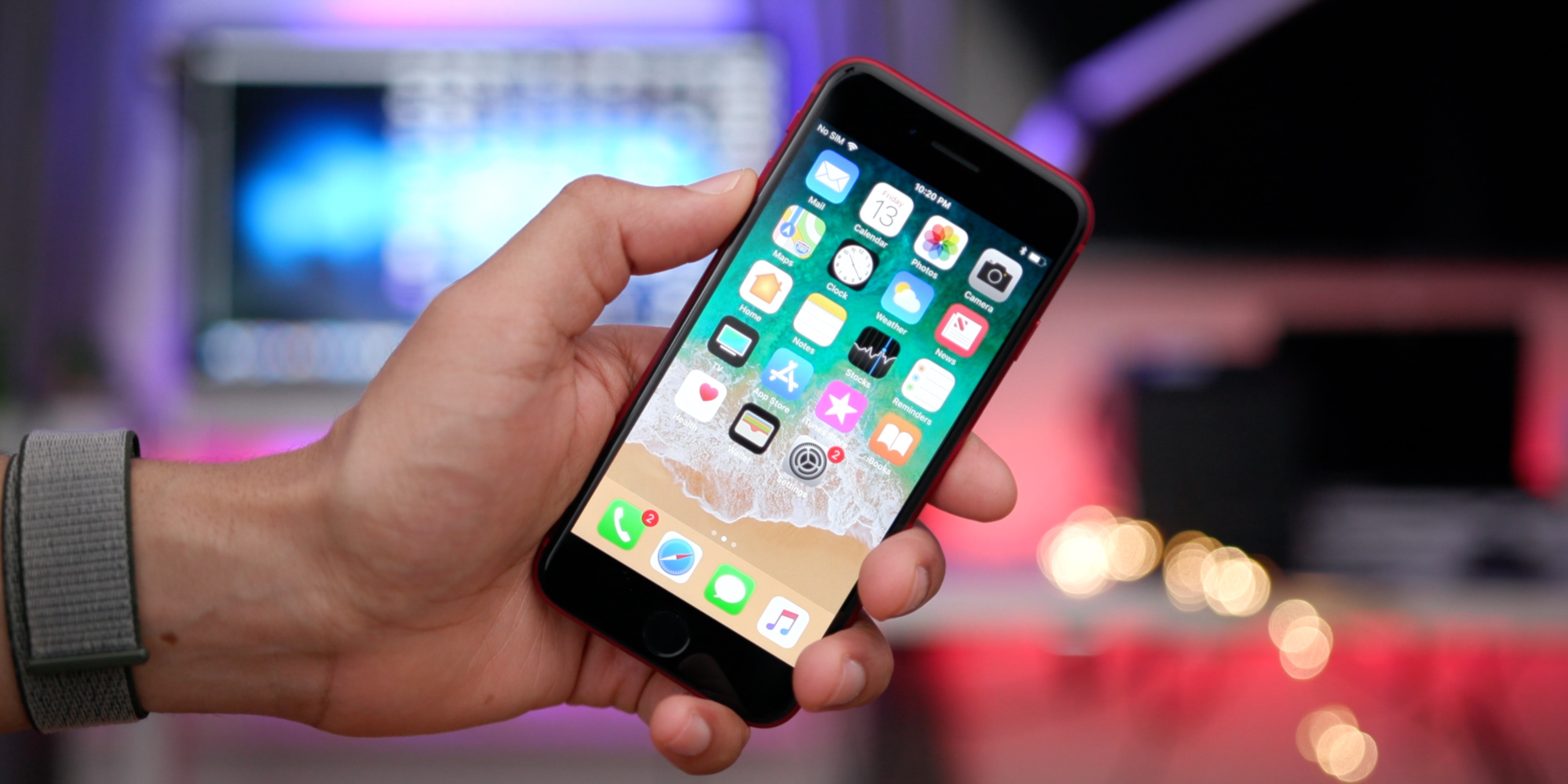 Coming from an iPhone X, the black bezels mixed with the red anodized aluminum sides makes the phone feel cramped and constrained. Obviously I’m used to having much more available screen real estate with the iPhone X, but I think black bezels on the (PRODUCT)RED iPhone 8 makes the screen seem even more boxed in than last year’s iPhone 7 version. Based on this, I’d be more tempted to purchase the Plus version of the red iPhone 8 if I was considering it as my daily driver.

What are your thoughts on the red iPhone 8? Please share your comments down below.