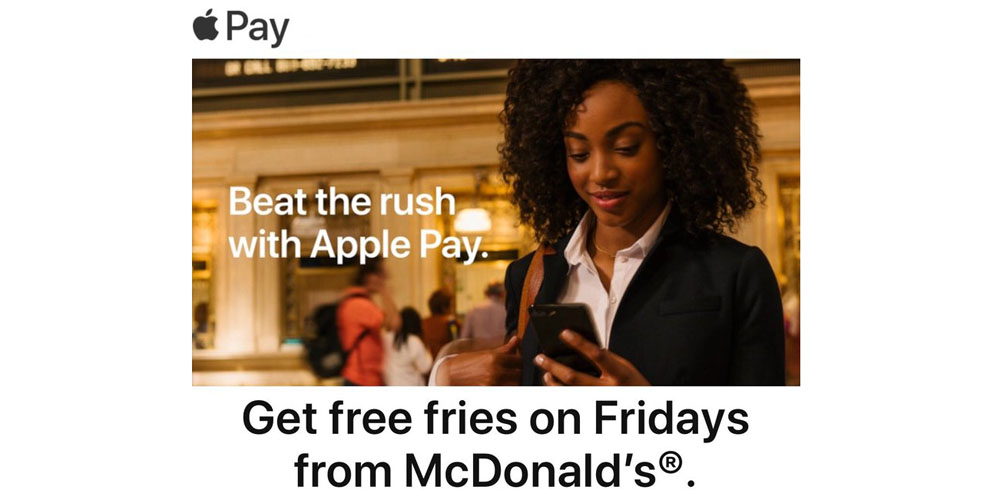 The latest Apple Pay promo is a slightly strange one. It offers free medium fries from McDonalds with any purchase, with the deal described as available ‘every Friday in April.’

As there are only two remaining Fridays in April, it gives the impression that the deal was promoted late …

The promo email also highlights the fact that Apple Pay is accepted at many other fast food restaurants, with three of them highlighted:

There’s also a plug for the ability to send money in Messages, suggested as a way to split the lunch bill.

The company has been running a series of Apple Pay deals, the most recent of them – which ended yesterday – offering discounts from ten different brands. Apple’s promo page hadn’t been updated at the time of writing.

Earlier this week, Apple added more banks and credit unions to its mobile wallet service across the United States, Canada, Italy, Russia, Spain and China. If you haven’t yet set up Apple Pay, check out our recent how-to guide.

Back in 1995, Steve Jobs likened Microsoft to McDonalds, saying the company had no taste (thanks, Bob).