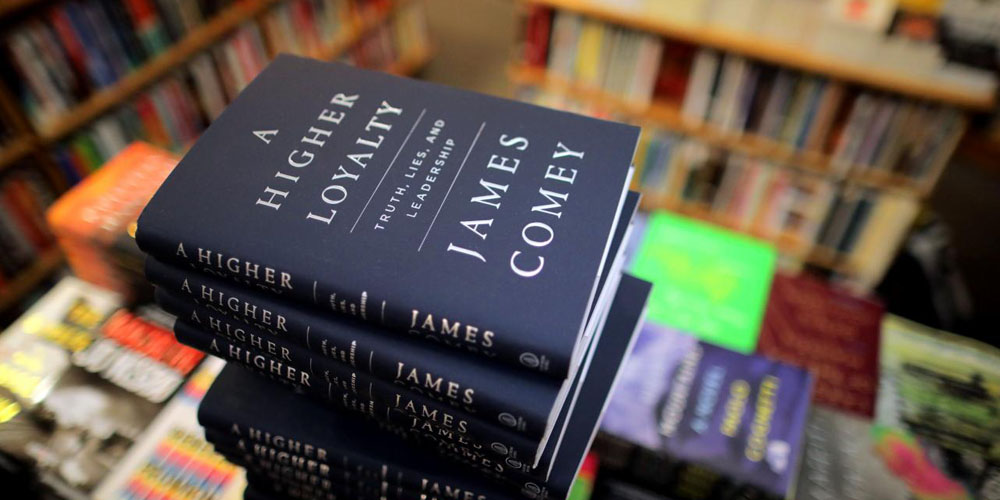 I did manage to resist the temptation to jump ahead to the juicy bits, and my patience was rewarded: a lot of what he says about his interactions with President Trump and his administration are a lot more meaningful when placed into the context of what comes before. Especially the contrast with his relationship – or lack of it – with the Obama administration.

Comey starts by explaining the lens through which he viewed the whole issue of encryption:

Before I became FBI director, Edward Snowden, a contractor at the National Security Agency, stole a huge trove of classified data about the NSA’s activities and then shared a very large amount of that data with the press. One obvious result of this theft was that it dealt a devastating blow to our country’s ability to collect intelligence. Another result was that, in the year after his disclosures, bad actors across the world began moving their communications to devices and channels that were protected by strong encryption, thwarting government surveillance, including the kind of court-authorized electronic surveillance the FBI did. We watched as terrorist networks we long had been monitoring slowly went dark, which is a scary thing.

He said that he looked at Apple’s standpoint from the view of someone who had spent a year watching ‘our legal capabilities diminish.’

He wrote about the different viewpoints we touched on yesterday – a dark view of the world versus a sunny one.

The divide between the FBI and companies like Apple can be explained, in large measure, by how each sees the world, and the limitations of each of those perspectives. And, frankly, there is not a lot of true listening going on between the parties. The leaders of tech companies don’t see the darkness the FBI sees. Our days are dominated by the hunt for people planning terrorist attacks, hurting children, and engaging in organized crime. We see humankind at its most depraved, day in and day out. Horrific, unthinkable acts are what the men and women of the FBI live, breathe, and try to stop. I found it appalling that the tech types couldn’t see this. I would frequently joke with the FBI “Going Dark” team assigned to seek solutions, “Of course the Silicon Valley types don’t see the darkness—they live where it’s sunny all the time and everybody is rich and smart.”

He said those opposing perspectives were why he thought that neither the FBI nor Apple should be able to decide the issue – it should be decided by ‘the American people’ through their elected representatives. His personal view, though, was that privacy is not an absolute.

The bargain at the heart of our government has always been that privacy matters enormously, but it must yield when, with appropriate evidence and oversight, the government needs to see into private spaces to protect the community. No large part of America has ever been entirely off-limits to judicial authority.

He said that then-President Obama saw both sides of the issue, and personally led an initiative into how the conflict between privacy and security could be best resolved. He suggests that the administration even got as far as a potential solution – but weren’t able to pursue it further before the end of Obama’s term.

Unfortunately, President Obama ran out of time. Though the administration made some progress on the issue, including developing a technical plan—called a “proof-of-concept”—to show it was possible to build secure mobile devices and still permit judges to order access in appropriate cases, he left office without deciding what to do next, including whether to seek legislation or regulation of some kind.

It’s hard to see what this ‘technical plan’ might have been. The point has always been that any weakness created for use by the good guys will inevitably fall into the hands of the bad guys. Tools leak. Vulnerabilities are discovered and exploited.

But while I personally come down on the side of privacy and Benjamin Franklin – ‘Those who would give up essential liberty, to purchase a little temporary safety, deserve neither liberty nor safety’ – the perspective given by Comey is a valuable one, I think. Comey strikes me as a man who acknowledged both sides of the argument and tried to do what he felt was the right thing.

The book is definitely worth a read.

A Higher Loyalty is available on both iBooks and Amazon.