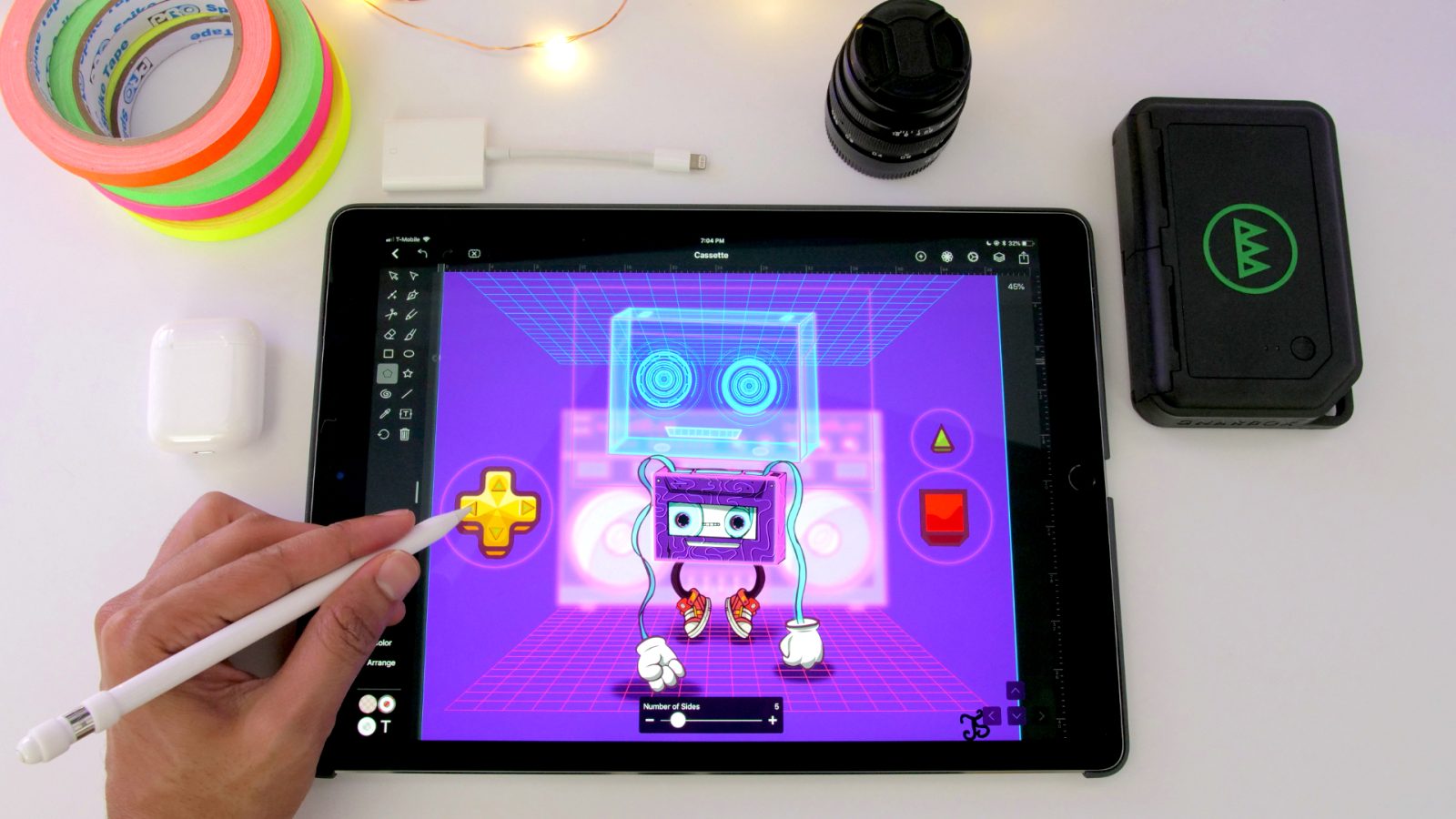 Vectornator Pro has quickly made a name for itself among vector graphic design software for iOS devices, and recently the developers made the Pro version of the software available entirely for FREE on the App Store.

Vectornator offers an incredible amount of value, especially now that it’s available at no cost and still has all of the great pro features the company used to charge for. That includes Adobe Creative Cloud integration to seamlessly hop from Illustrator CC to Vectornator and back again. Check out our hands-on video with Vectornator Pro below:

While Vectornator is designed from the ground up to be professional grade vector graphic design software for iOS, it also puts a huge focus on ease of use. That includes a super intuitive drag and drop user interface that is easy enough for novice users to navigate while learning, but it also packs in enough performance and tools for advanced users to get a serious workflow going.

Among some of the more notable features included in Vectornator is an extensive list of tools that really attempt to mirror a desktop-like experience for vector art on iOS. Some of those features include unlimited layers, color profiles like CMYK, custom fonts, live blend modes, masks, an “Alt Switch” feature for easily duplicating paths, alignment tools, and much more.

You will find a prefabricated library of standard user interface elements (as pictured above on the right), which can get you up and running immediately for designing app interfaces for both iOS and Android. 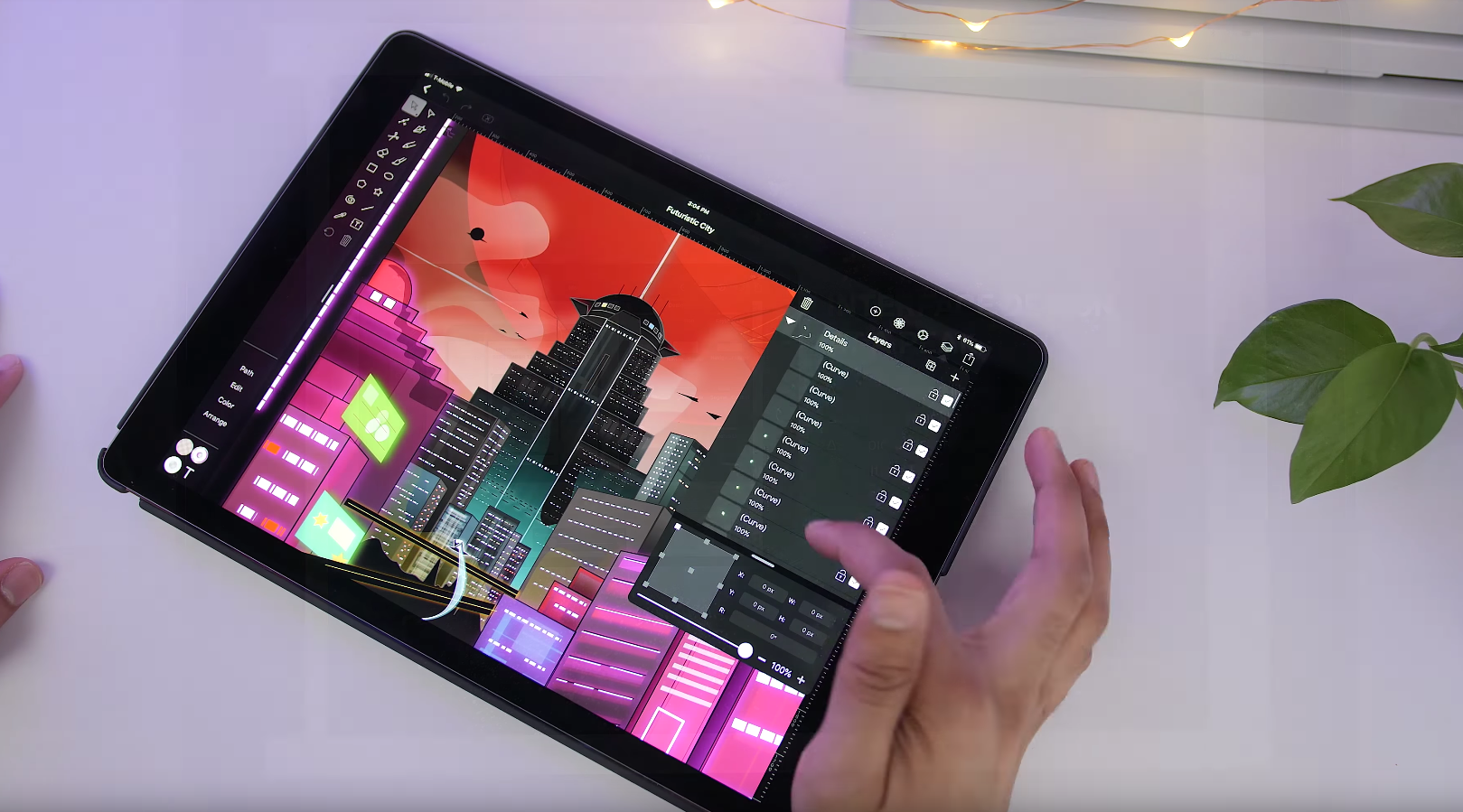 Vectornator is built entirely on Metal and for 64bit devices, which really shows when you’re working on projects with many elements that can often be a frustrating experience in other apps. You’ll also find external keyboard support (which is very handy for Apple Smart Keyboard users and other bluetooth keyboards on iPad) and full support for Apple Pencil among other third-party styluses.

While you might think a vector graphic design software is best suited for the iPad’s larger display, perhaps one of the most impressive parts of Vectornator is its also very capable iPhone version. 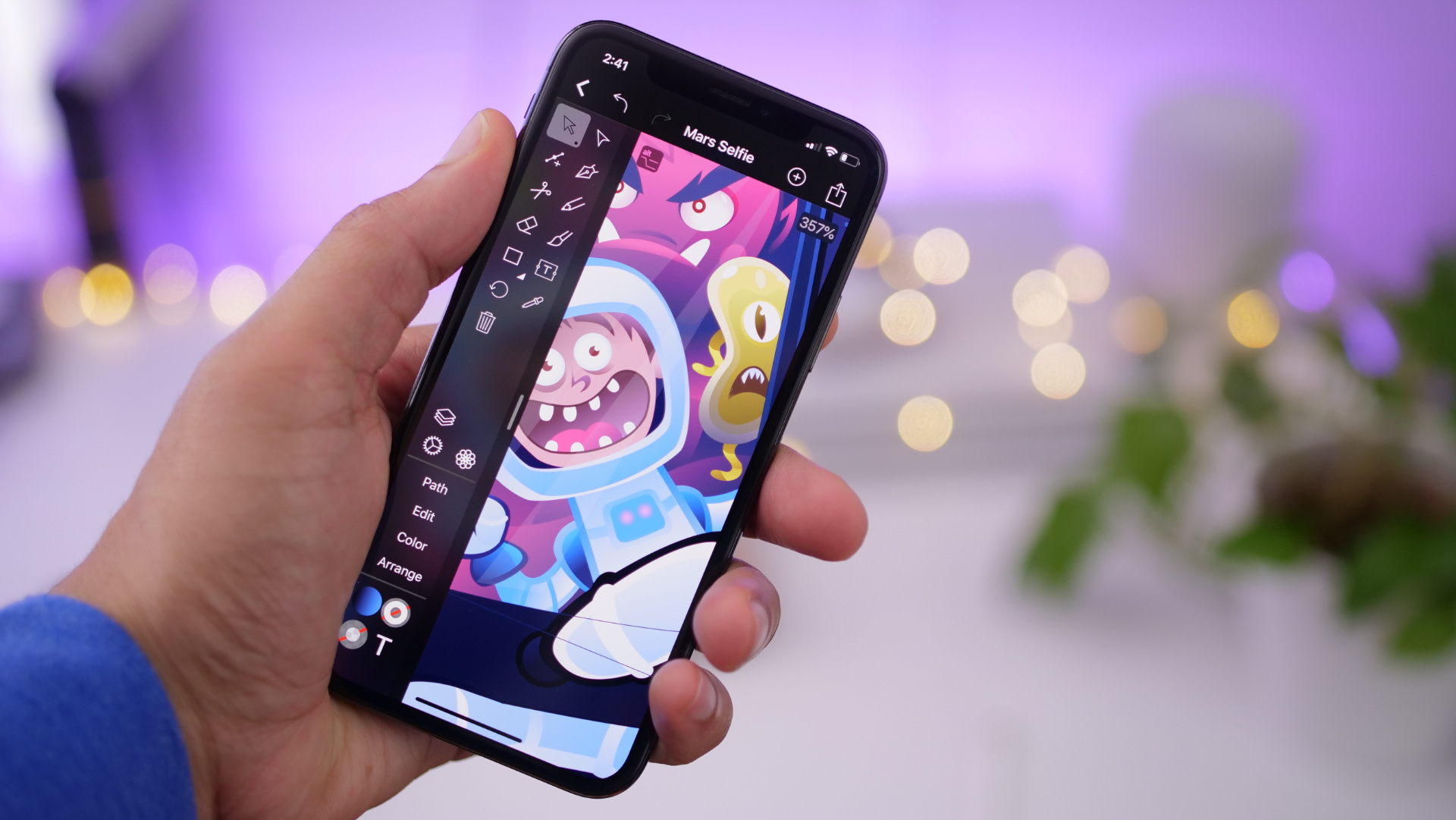 The user interface has really been optimized for the smaller iPhone display with care. That means you have access to all the same tools as on iPad, and without having to struggle when managing a large number of layers and making micro adjustments as is often the case with other vector apps on the smaller display.

When you’re not selecting or adjusting a tool or layer, all of the controls are easily hidden to stay out of your way and maximize screen space.

Free professional software like Vectornator is great, but it does make you wonder about support from the developers versus the competition that is charging. Fortunately the team behind the software seems to be quite dedicated to building a free platform that doesn’t restrict any pro features behind a paywall. The developers are quite active in updating and engaging with its community and promise that development continues as usual and that big new updates are on the way.

You can download Vectornator Pro free for iPhone and iPad on the App Store now.