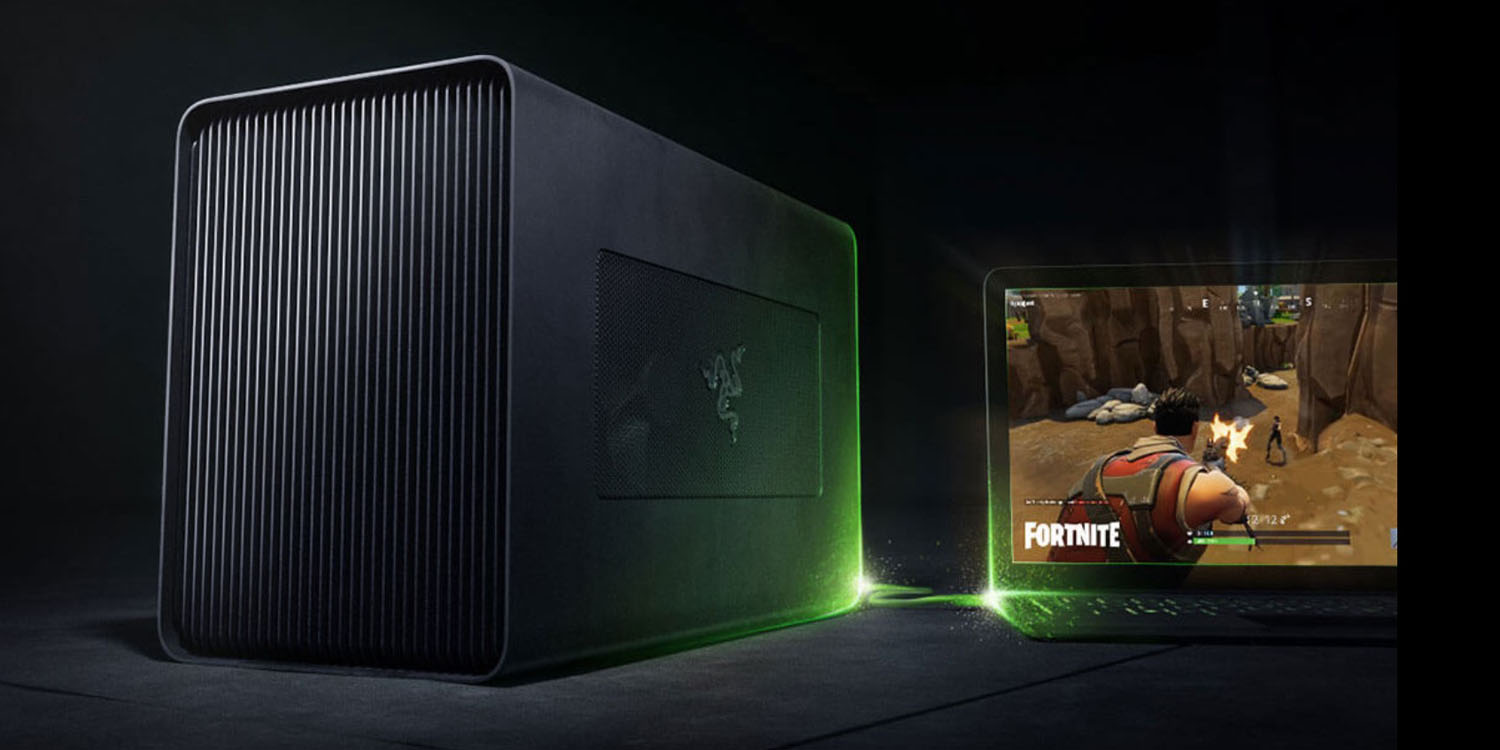 Razer has announced the Core X, a new entry-level eGPU enclosure which is compatible with Macs with a Thunderbolt 3/USB-C port.

Give your thin and light laptop the power of a full gaming rig. Whether you’re hunting down enemies in an apocalypse or designing your own 3D world, the Razer Core X delivers desktop-class graphics to your laptop instantly. Compatible with Thunderbolt 3 Windows 10 or Mac laptops …

Razer says that the $300 eGPU is plug-and-play, with no need for a reboot after connecting.

It can be used with compatible Macs running macOS High Sierra 10.13.4 or later, and its 650W power supply can also power MacBook Pro models through the USB-C connection, delivering up to 100W.

The Razer Core X is available today from the company’s website, and we’ll be checking it out.

If your preferences run more to Nvidia than AMD, there is now unofficial macOS support for the company’s eGPUs.