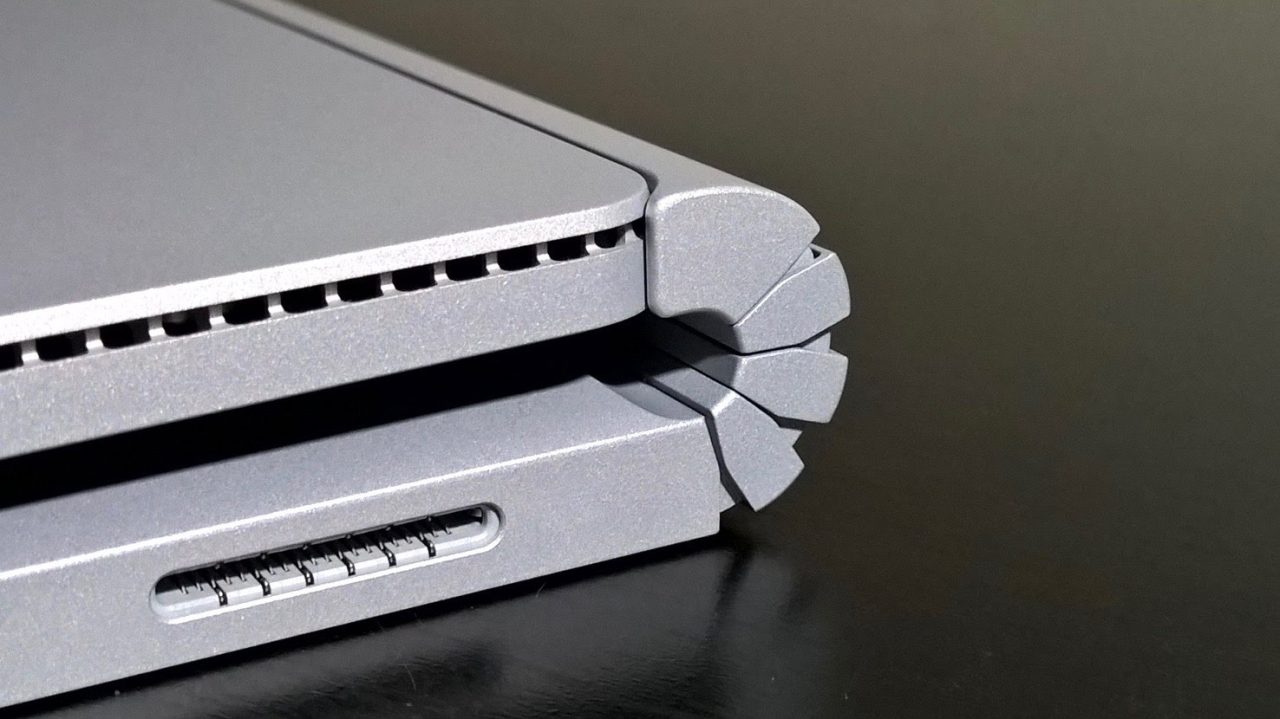 Apple is continuing work on a new kind of hinge design for its devices. The company has been perfecting its work here since 2013 and this week, the European Patent Office published Apple’s latest patent claim additions, which emphasize the usefulness of this flexible hinge design for MacBooks…

As outlined by Patently Apple, this patent outlines a flexible hinge design, sometimes referred to by Apple as a “Living Hinge.” This would mean that entire MacBook enclosure could be created “from a single rigid material.”

The Apple patent sounds similar to the hinge Microsoft unveiled with its Surface Book in 2015, which it refers to as a “dynamic fulcrum hinge.” Here, the hinge flexes as the laptop opens, while the display is removable from the hinge and can be replaced in the opposite direction, allowing for the laptop to be used in a tablet-like mode. Watch the video below for a quick demo of that hinge.

Here’s how Apple describes the hinge design in its own words:

In this manner, the enclosure (or a portion thereof) may be created from a single rigid material, while still providing flexibility and bending for the enclosure.”‘

In addition to the added flexibility, this sort of hinge design would seemingly make the manufacturing process easier as the entire chassis would be able to be created from a single material.

As with all Apple patents, it’s important to take this one with a grain of salt. The fact that Apple has been revising the patent since 2013 suggests this is an important area for the company, but it’s hard to know when, or if, such a hinge design will make its way to consumers.