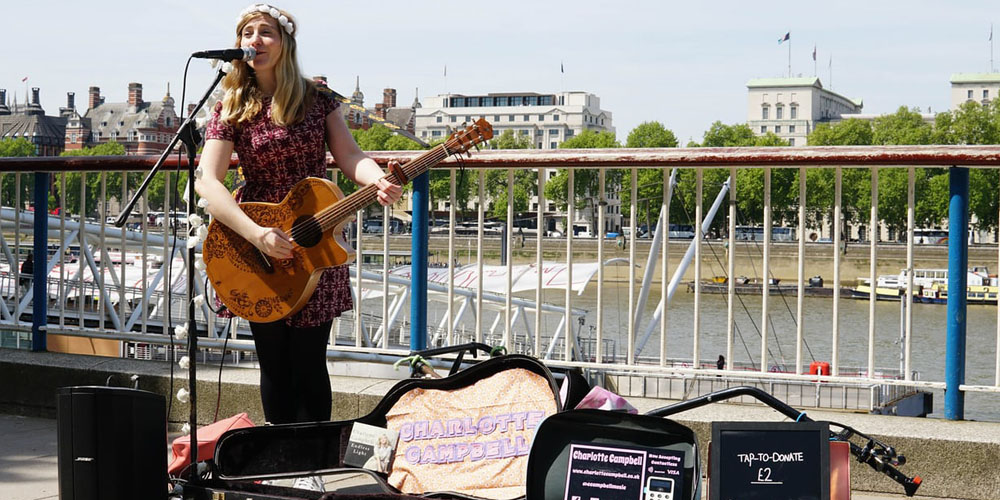 London is one of the contactless payment capitals of the world, making it reasonably practical to wander around without cash – which can be a problem for street musicians …

No cash in your pocket means no coins to throw in a hat, but London’s mayor has a solution: enable musicians and other performers to accept contactless payments, including Apple Pay. The Guardian reports on the initiative (in the UK, street performers are known as buskers).

Busk in London, a Mayor of London initiative, has partnered with technology company iZettle to give card readers to performers.

The project will allow street musicians across London to accept payments via cash, contactless cards, wearable technology and chip and pin.

“Busking helps emerging artists to hone their talent and gives them the chance to perform in front of huge numbers of people,” he said.

Contactless payment first launched in the UK in 2007, and almost all London stores accept it, from corner grocery stores to large chains. Apple Pay can be used with any contactless terminal, though those with specific support can accept it for sums above the usual £30 ($40) limit.

With the busking terminals, performers can choose the amount, indicating this with a sign. Charlotte Campbell, the singer shown above, has set it to £2 ($2.60) and says she has seen a significant uptake in donations since joining the scheme.