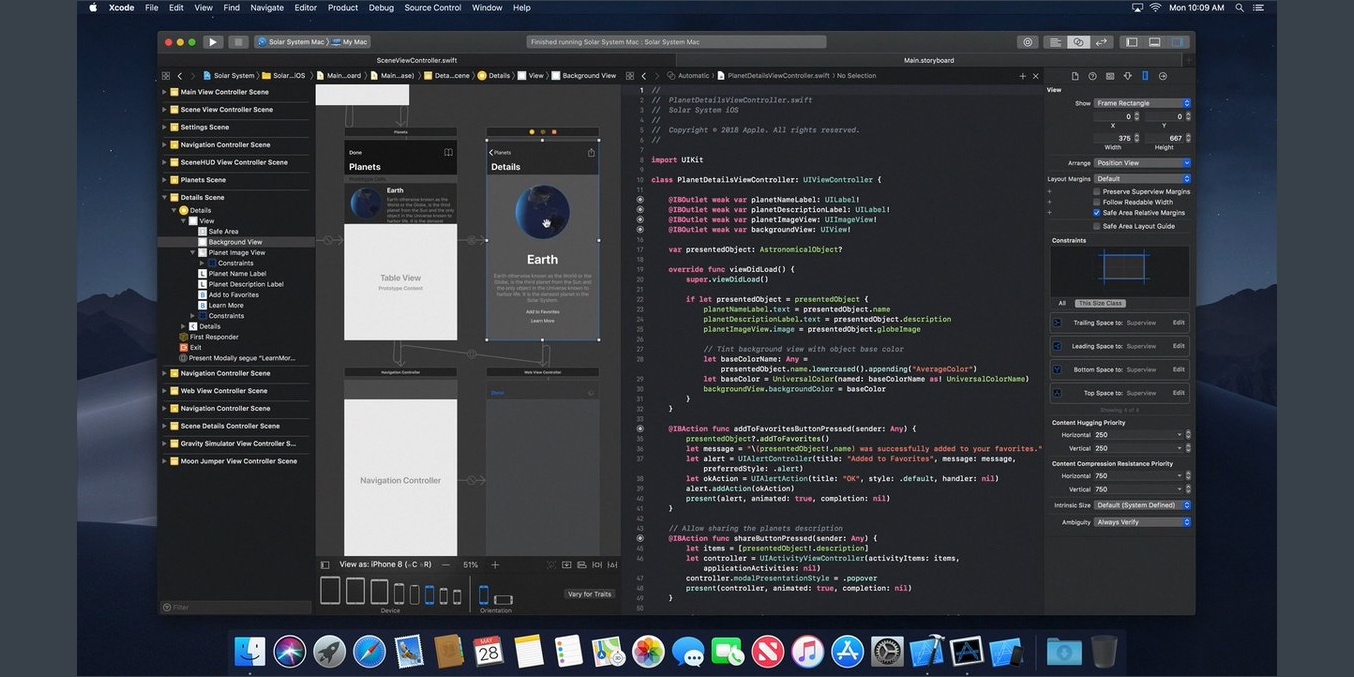 Developer Steve Troughton Smith today tweeted photos of macOS 10.14 with some very juicy details about Apple’s upcoming operating system. The OS is very clearly sporting a fresh new dark theme, presumably a toggle-able setting, with the dark UI affecting all application chrome. You can also see an icon for a Mac News app in the Dock, as well as a first look at Xcode 10.

Smith explains that the API the Mac App Store uses behind-the-scenes is including a video preview for Xcode, something that the current Mac App Store does not support. It represents a pretty big leak on Apple’s part ahead of Monday’s keynote. Video of macOS 10.14 in action below:

As the leak originates from a video link turning up in the Mac App Store API, it follows that another flagship feature of macOS 10.14 will be an upgraded App Store app with video preview support. It will likely bring the iOS 11 App Store redesign to the desktop.

A full dark mode will no doubt please a lot of people. Current macOS includes a dark theme option, but it only changes the appearance of the menubar and dock. In these images, you can clearly see how Apple will lead with the dark UI design in Xcode 10, the next major version of its IDE for developing iPhone and Mac apps. The Trash icon on the far right of the dock also features a significantly darker icon than the normal icon, which is bright white.

Here’s a closer look at the new dark UI chrome. The toolbar buttons are dark gray with white tints for the glyphs. It looks a lot like the editing mode in the Photos app. The Xcode project navigator sidebar features complementary darkened translucent blur material. The Xcode storyboard window includes UI to let developers quickly switch between light and dark appearances. This leak lines up with our previous reporting of dark mode appearance API references turning up in WebKit source code.

Steve shared with us a video of the new operating system in action:

It’s also worth noting that the storyboards open in the Xcode canvas depict a dark themed iPhone app. This isn’t a confirmation of a system-wide dark theme for iOS unfortunately as the aesthetics of the app could simply use dark elements.

Behind all the window chrome, you can see a new Mac wallpaper. It looks like mountains — or maybe sand dunes for macOS Mojave — shot at twilight. It is likely that Apple will ship two new default wallpapers with macOS 10.14, a day and night variant to match the light and dark system themes.

Here’s a close up of the News app icon visible in the Dock, resembling the ‘N’ logomark seen in the iOS app: 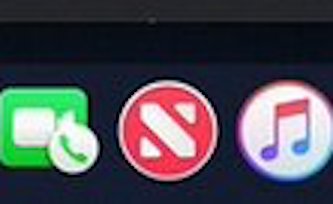 The marketing name of macOS 10.14 is not yet known, but perhaps the sand dunes provide a clue — macOS Mojave?. We expect Apple to officially unveil the new Mac operating system alongside iOS 12, tvOS 12 and watchOS 5 on Monday. We’ll be bringing live coverage from the keynote itself so stay tuned — the show kicks off at 10 AM.

Big thanks to Steve Troughton-Smith for this great find!

Update: Video not yet pulled by Apple