Verizon now has three ‘unlimited’ plans, and none of them are 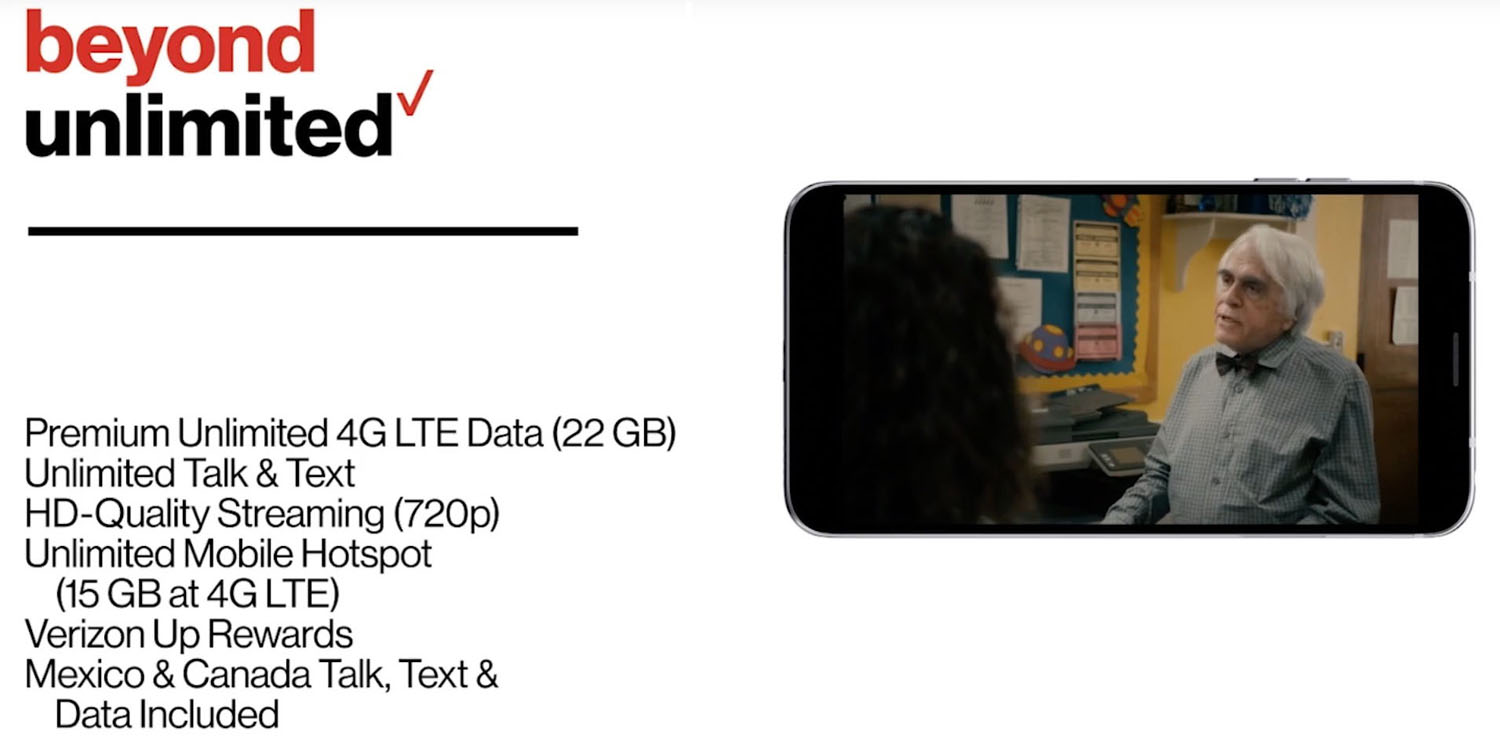 The original ‘go unlimited’ plan at $65/month is only unlimited for those who like their video streaming low-res. Streaming is capped at 480p, and you get just 600Kbps of hotspot usage.

The ‘beyond unlimited’ plan is limited to 22GB of data, 720p video streaming and 15GB of hotspot usage.

The latest plan, ‘above unlimited,’ is limited to 75GB data, 720p streaming and 20GB of tethering.

As The Verge commented, someone please tell Verizon the meaning of ‘unlimited’ …

The carrier has the usual get-out clause, claiming that all three plans really are unlimited, it’s just that they reserve the right to throttle your connection speed once you hit the stated, ah, limits.

The company does at least let you mix-and-match the three plans within your family, for example palming off the kids with 480p video while you enjoy the awesome resolution of 720p.

T-Mobile thinks Verizon isn’t the only carrier who could use a dictionary. It notes that those grandfathered into AT&T’s unlimited plan have recently seen the cost of their plan rise for the third time in two years.

Those poor AT&T customers are now paying 50% more than originally. Quick, someone get AT&T execs a dictionary – that’s not how “grandfathering” works.

To try to tempt them away, T-Mobile is offering them up to $900 to switch. It’s not quite as generous as it sounds: it’s a $250 offer plus up to $650 to cover any costs involved in switching.

With T-Mobile ONE, you’ll get unlimited LTE data on America’s best unlimited network, Netflix included on family plans, free stuff every T-Mobile Tuesday and taxes and fees included. And when traveling, you’ll get free texting all flight long and a free hour of smartphone Wi-Fi on Gogo-equipped domestic flights, plus free data roaming and texting in 140+ countries and destinations.

And no, of course T-Mobile’s unlimited plan also isn’t: you ‘may’ get throttled when you hit 50GB. Dictionaries for all, please.