Making The Grade: Could Apple own IoT in the enterprise with HomeKit for Work? 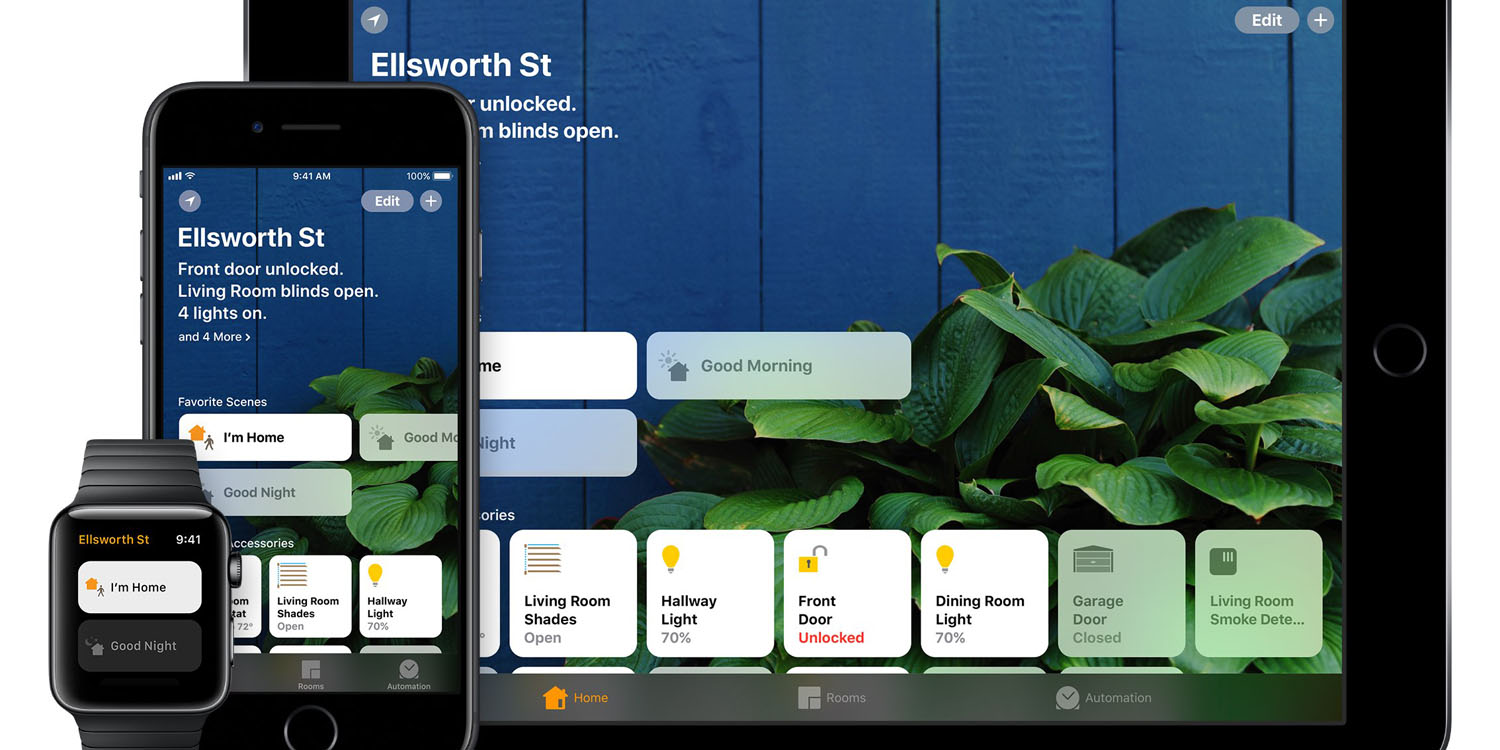 Here at 9to5Mac, we’ve written a lot about HomeKit. It’s one of Apple’s technologies that I am most excited about going forward. I think we are just scratching the surface of what this platform will enable us to do in the home. There’s a part of me that would love to see Apple build their own home products (thermostats, switches, etc.), but they didn’t choose that route. HomeKit is a foundation for building products from any company.

No matter which compatible accessories you choose, the Home app makes it easy to set up and control all of them, all from one place. Over 50 brands worldwide are committed to providing accessories that are compatible with the HomeKit framework, and the number available is growing every day. And each of these accessories is reviewed and approved by Apple to help ensure your security when you use it.

In reality, this route made sense. Apple’s never going to build a sprinkler system controller, but someone else will. Instead of trying to figure out what everyone will want to use, manufacturers can build specific things and then market their products to Apple product owners. Apple has built a system that has deep hooks into all of their products, but yet remains a very secure platform. On top of that, it’s extremely simple for the end user. You can manage all of your devices from the Home app, and adding new devices is trivial. If you own an Apple TV or HomePod, you can easily access your devices offsite as well.

For everything that HomeKit has brought to home automation and the internet of things, CIOs and IT Directors have a really difficult time with IoT in the enterprise. There is no major centralized platform to build upon. There aren’t a lot of standards for security. In fact, IT Directors aren’t even the ones usually buying the products. In my organization, all of our IoT gear has been purchased by our facilities group. We have a very expensive HVAC controller. It has one of the worst interfaces I’ve ever seen. It runs on Java, so it shows a very minimal interface on iOS devices. There is no native app. Every time Java has an update on macOS or Windows, it tends to completely break the system. Our CCTV system is in the same boat. It’s terrible to configure, and the software looks like it was made in 2003. As the IT person, I’m responsible for getting these devices online and securing them.

IoT in the enterprise is only going to continue to grow. By 2020, experts estimate that there will be 25 billion devices accessing networks. This problem isn’t going away. IoT devices are generally cheap, hard to manage, hard to secure, and rarely updated. We saw the ramifications of this back in 2016 with the Mirai botnet that targeted cheap IoT gear.

Over the years, PC makers have gotten savvier about building security into their computers. But another tempting target is out there for botnet builders: Internet of things (IoT) devices, a blanket term for various gadgets that most people don’t think of as computers, but that still have processing power and an internet connection. These devices, ranging from home routers to security cameras to baby monitors, often include an embedded, stripped down Linux system. They also often have no built-in ability to be patched remotely and are in physically remote or inaccessible locations.

By 2017, there were 8.4 billion of these “things” out there on the internet, ripe for the plucking. Mirai took advantage of these insecure IoT devices in a simple but clever way. Rather than attempting to use complex wizardry to track down IoT gadgets, it scanned big blocks of the internet for open Telnet ports, then attempted to log in using 61 username/password combos that are frequently used as the default for these devices and never changed. In this way, it was able to amass an army of compromised closed-circuit TV cameras and routers, ready to do its bidding.

This problem is just going to get worse. With its commitment to the security of connected devices, Apple could build a robust solution for IoT manufacturers in the enterprise to build upon. Google is certainly moving in this direction as well. Apple has done very well in recent years working with enterprise IT departments. With increased cooperation with companies like Cisco, Apple has shown they are willing to pull up their sleeves and get down to business with IT departments.

If Apple rolled out HomeKit in the enterprise, they could build out a platform to manage security, authentication, and ongoing management of IoT devices. The market is ripe for a company to come in and help IT department manage their IoT devices. With HomeKit coming to macOS later this fall, all of Apple’s platforms will have the ability to control HomeKit. I know that if this were to happen, I’d encourage our facilities department to work with vendors who sold HomeKit enabled products. The situation I am in right now forces me to load devices onto our network that I don’t always have a good handle on what they are doing. The current situation with IoT reminds me of something John Siracusa said about software that has made its way to consumer electronic devices:

All of this software is terrible in the same handful of ways. It’s buggy, unresponsive, and difficult to use.

For companies who make enterprise HVAC gear, software and networking is a box to check. HomeKit Enterprise could be that box — but so much better your users.