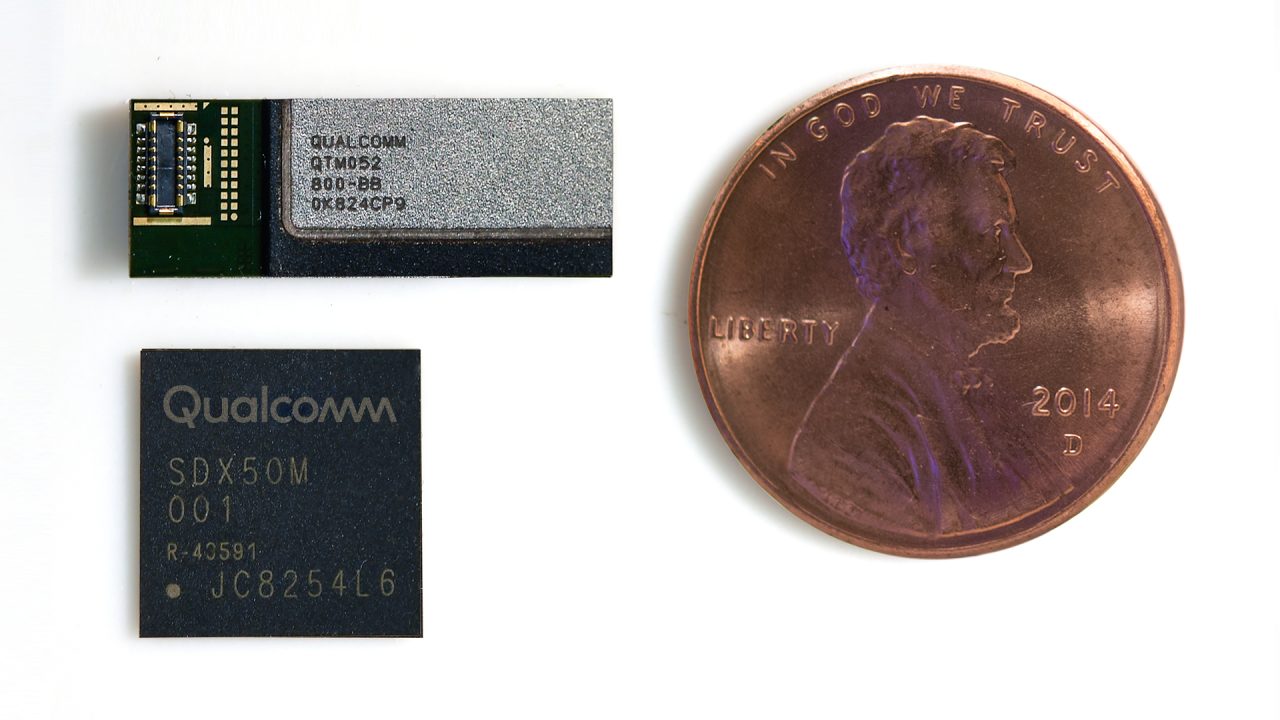 When it comes to rolling out a new network standard like 5G, there are a lot of moving parts involved, and just as many obstacles. One of the biggest challenges to the upcoming move to 5G cellular technology is producing eligible millimeter wave antennas that are small enough that can fit inside modern smartphones. Qualcomm has been hard at work at producing an antenna module, the QTM052, capable of operating at the high frequencies required for 5G. The production of such a small antenna means that one of the biggest hurdles to making next-generation 5G technology a reality has been cleared.

Next-gen 5G millimeter wave (mmWave) spectrum operates at a higher frequency than 4G technology, providing increased bandwidth at extremely fast speeds and low latency. On paper this seems like an ideal setup for the high-speed and high bandwidth requirements of today’s smartphones.

However, after communicating with Qualcomm representatives, they explained to me mmWave technology has had a lot of issues up until this point. First and foremost, it operates at very high frequencies, and doesn’t travel as far. It is also very easily blocked, so if you put your hands on the antenna it would block signal completely. It’s also finicky, easily bouncing off surfaces. For instance, a truck passing by while you walked down the street could potentially block the signal.

To bypass this issue, you would need multiple mmWave antennas, which up until now, would have been impossible to fit inside of a smartphone form factor. Qualcomm has produced an antenna array made up of four antennas that are small enough to fit inside a smartphone, yet capable of handshaking with 5G cell sites. In other words, the 5G cell will create multiple beams that point in multiple directions, and Qualcomm’s accompanying X50 modem will keep track of all of the beams. If one beam is blocked by the hand, the modem will switch instantly, unbeknownst to the end-user. This is all made possible by the tiny modem array, and it will be possible to have multiple arrays inside of a single device. 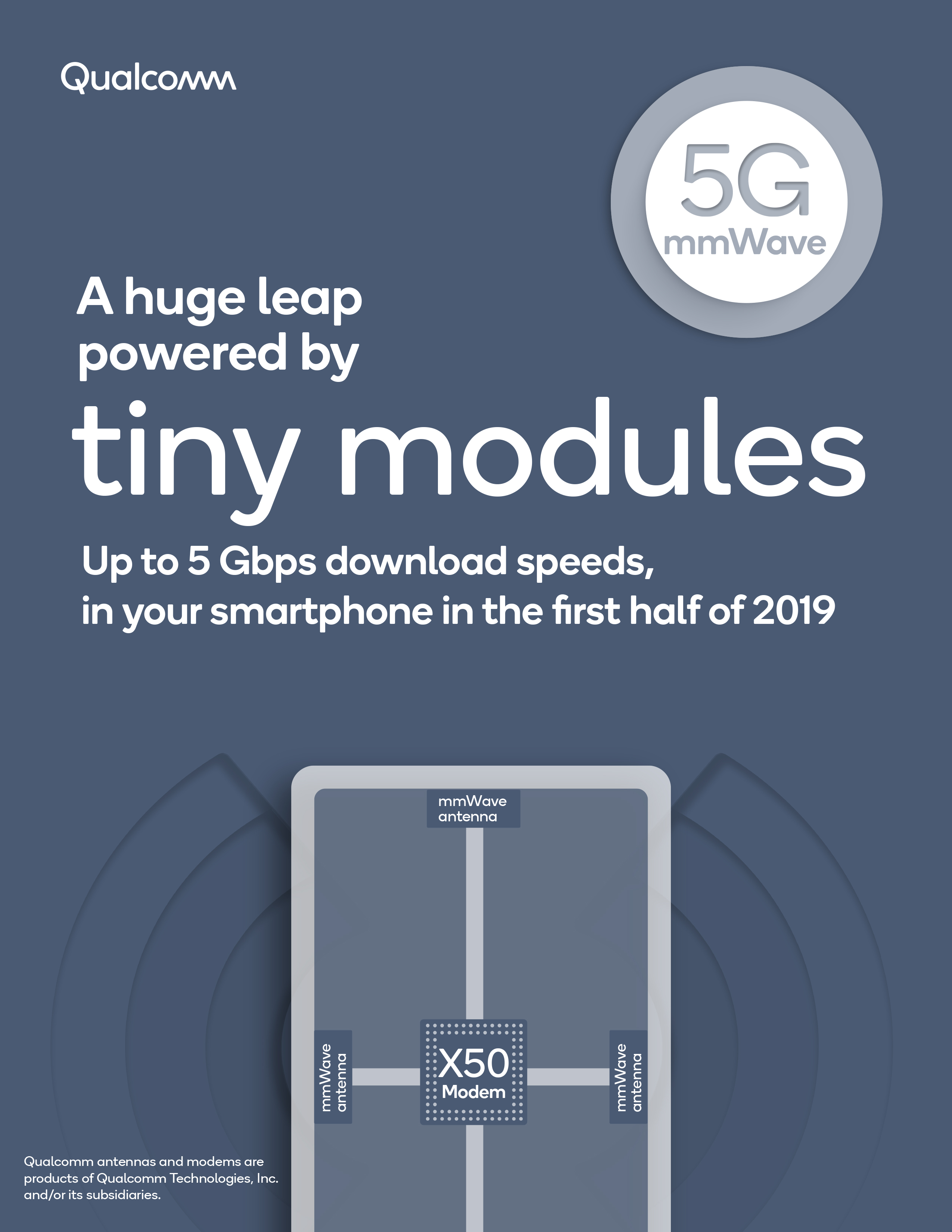 This isn’t the first time that we’ve seen mmWave technology, but previously the antennas were huge. Qualcomm’s efforts to reduce the antenna in such a way that it can fit inside a phone is a true breakthrough for advancing network infrastructure.

Qualcomm notes that the first devices using its mmWave antennas will begin launching early next year, and these will most likely be mobile hotspot type devices. After that we should see the first Android devices to support the technology. As far as where the iPhone fits into all this, Qualcomm representatives didn’t have anything to share, referring me to Apple instead.