iPhone users in China are facing an onslaught of iMessage spam, reports indicate 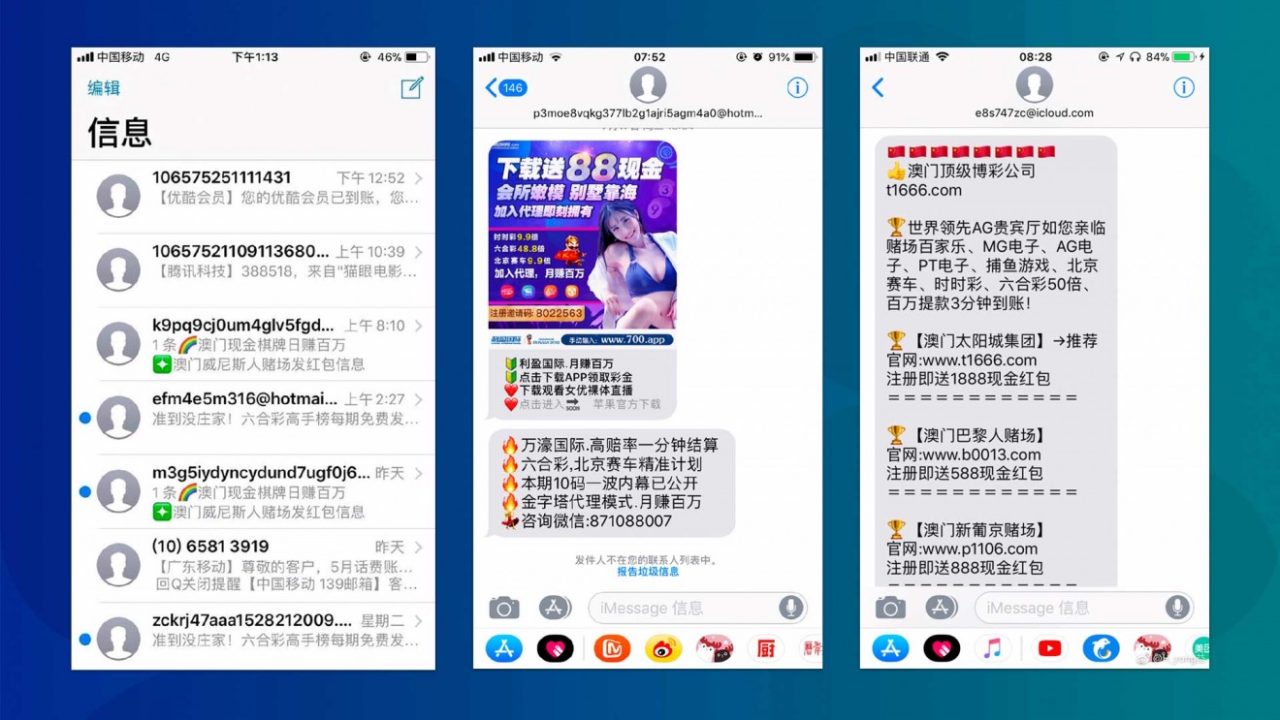 iPhone users in China reportedly being bombarded with spam iMessages. While spam iMessages are nothing new, this newfound push in China seems to center around promoting gambling – which is primarily illegal in mainland China, save for two officially-sanctioned lotteries…

As noted by Abacus News, iPhone users in China are taking to Weibo to complain about the onslaught of gambling-related spam messages. The messages generally appear to be coming from casinos and either link to WeChat accounts or suspicious gambling websites.

Many iPhone users in China seem to be calling on mobile carriers to fix the problem, though carriers do not have the ability to control and filter iMessages like they do SMS messages.

Instead, Apple is pointing affected users to this support page which outlines the the process of blocking a phone number or email address. The company also explains that you can report spam and junk message directly from the Messages app as well as filter Messages notifications from unknown senders:

You can report iMessages that look like spam or junk from the Messages app. If you get an iMessage from someone who’s not saved in your Contacts, you’ll see a Report Junk link under the message. Tap Report Junk, then tap Delete and Report Junk. Messages will forward the sender’s information and the message to Apple, as well as delete the message from your device. You can’t undo deleting a message.

Reporting junk doesn’t block the sender from being able to send another message. If you don’t want to receive these messages, you need to block the contact.

It’s unclear at this point how widespread this spamming problem is in China. As many users know, iMessage is generally not as popular as services like WeChat in China. Apple hasn’t addressed the issue of iMessage spam in the country aside from pointing users to its support webpage.