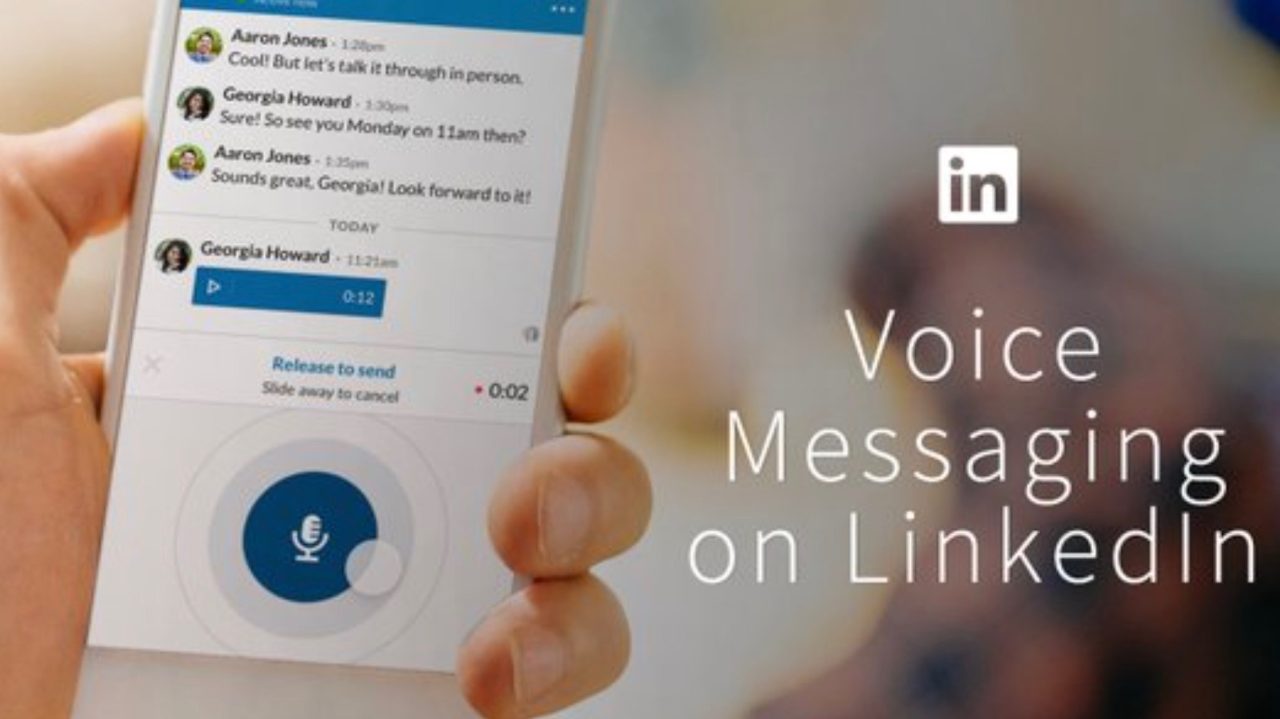 LinkedIn today announced a new feature for its Messaging platform that seemingly nobody asked for. In a blog post, the company revealed that you can now record and send voice messages up to one-minute long via LinkedIn Messaging…

LinkedIn explains that this feature will make it easier for people to send messages while on the go, as well as easier for recipients as they can “listen and respond when they have a free moment.”

Easily message on-the-go: People speak about four times faster than they type, making voice messaging great for explaining longer or more complex ideas without the time and involvement of typing and editing a message. It’s also helpful for when you’re on the move and don’t have time to stop and type.

Get to it when you can: Leaving a voice message can often better for a recipient than calling them since they can listen and respond when they have a free moment.

Better express yourself: Speaking in your own voice allows you to build a more personal connection and effectively communicate. It’s easier for your tone and personality to come through, which can sometimes get lost in translation in written communications.

The process is (unfortunately?) incredibly easy. Simply tap the microphone icon, then tap and hold on the circle while recording and release to send. It works much like audio messaging in the Messages app on iOS.

As some have been quick to point out, this feature essentially means that anyone can now leave a you voicemail on LinkedIn – something I don’t think anyone . No longer will your LinkedIn messages be cluttered with just spam pitches and ‘job offers,’ you’ll also have to sift through audio recordings as well.

It’s not enough that randos and marketers can annoy the shit out of you on LinkedIn, but now they can leave you voicemails too! https://t.co/mLYml70XuO