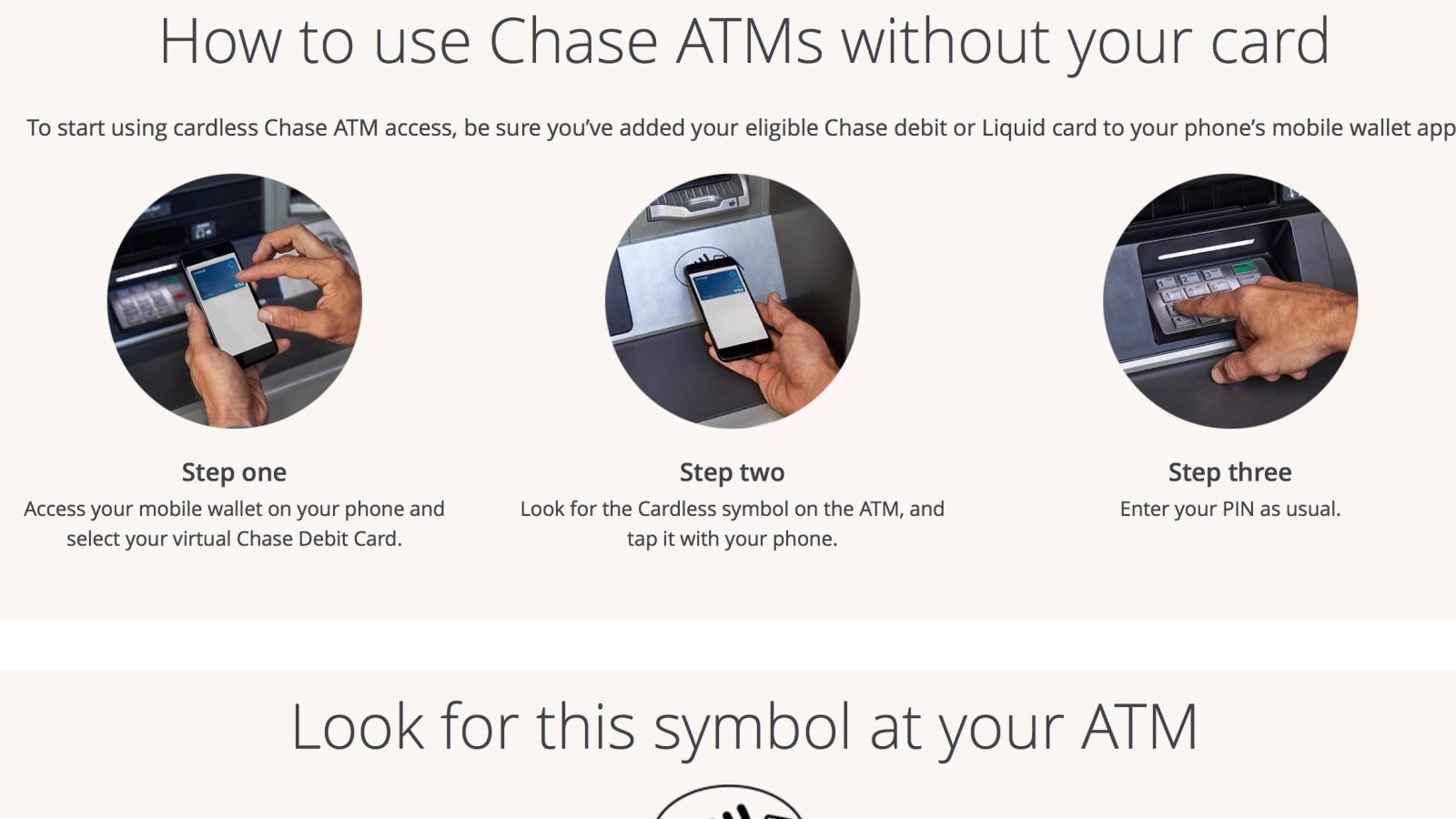 Following in the footsteps of Wells Fargo and Bank of America, Chase announced today that it has rolled out cardless transactions – including Apple Pay support – to nearly all of its 16,000 ATMs. Today’s announcement is a continuation of the rollout that originally started in 2016, but made very slow progress…

The announcement was first spotted by Business Insider, with Chase having launched a new website touting the ability to use ATMs without a physical card. Chase explains that when customers see an ATM with a cardless symbol, they can simply use Apple Pay on their phone and enter their pin number to access their account.

In doing this, users are able to access the same functionality that is available when a card is used, including deposits, withdrawals, balance inquiries, and more.

Cardless ATM access allows customers to access Chase ATMs using an eligible Chase debit or Liquid card that has been loaded into an Apple Pay, Google Pay or Samsung Pay mobile wallet. Once you have successfully loaded your card into your mobile wallet, you no longer need to have your physical card to make transactions at Chase ATMs.

Personally, my local Chase ATM has featured a cardless logo for the last few months, but only this weekend was I able to successfully use Apple Pay for the first time. Thus, if you’ve also tried and failed to use Apple Pay at your local Chase ATM in the past, it’s definitely worth trying again as Chase has seemingly flipped a switch to enable the functionality.

ATM support for Apple Pay has been one of the most-requested features among users, right up there with expanded gas pump support. Wells Fargo revealed last year that Apple Pay cardless withdrawals were supported at over 5,000 of its ATMs, while Bank of America has also been rolling the feature out to its ATMs.

Have you successfully used Apple Pay at your local ATM? Let us know down in the comments!

After months of trying and failing, despite the NFC logo being there, I was finally able to use Apple Pay at a Chase ATM this weekend 🙌 pic.twitter.com/LO0UG60g8d