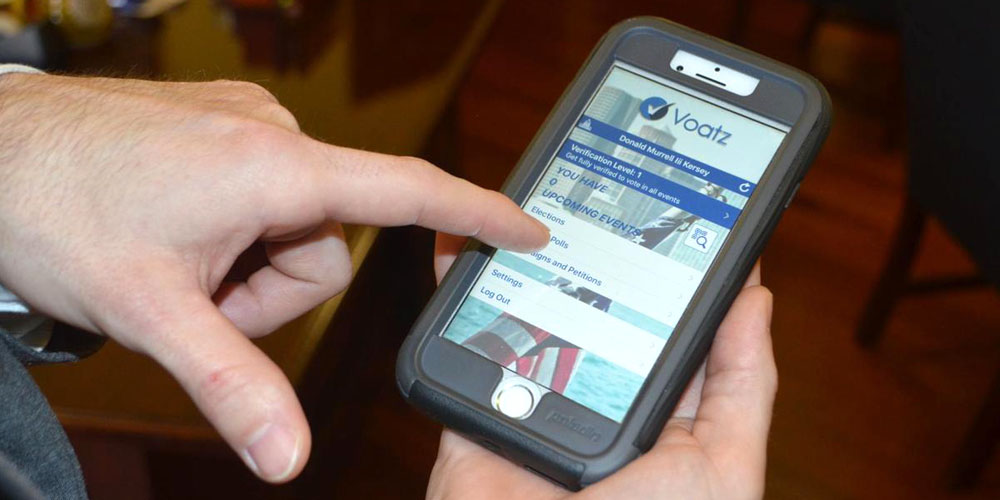 November’s midterm election will be the first time it’s ever been possible for US citizens to vote using a smartphone app.

Despite an extremely limited rollout, and tests revealing no issues, some election officials and security experts have expressed horror at the potential risks …

West Virginia Secretary of State Mac Warner and Voatz, the Boston company that developed the app, insist it is secure. Anyone using it must first register by taking a photo of their government-issued identification and a selfie-style video of their face, then upload them via the app. Voatz says its facial recognition software will ensure the photo and video show the same person. Once approved, voters can cast their ballot using the Voatz app.

Ballots are anonymized, the company says, and recorded on a public digital ledger called blockchain […] So far the technology has been limited to trial runs and private elections, such as balloting for the Rock & Roll Hall of Fame.

The midterms rollout is limited to West Virginia, and will be ‘largely’ restricted to military personnel serving overseas, says Warner.

Officials tested Voatz in two counties during the primary election earlier this year with financial backing from Tusk Montgomery Philanthropies. Warner’s office said four audits of various components of the tool, including its cloud and blockchain infrastructure, revealed no problems.

But not everyone is convinced.

“Mobile voting is a horrific idea,” Joseph Lorenzo Hall, the chief technologist at the Center for Democracy and Technology, told CNN in an email. “It’s internet voting on people’s horribly secured devices, over our horrible networks, to servers that are very difficult to secure without a physical paper record of the vote.”

Marian K. Schneider, president of the election integrity watchdog group Verified Voting, was even more blunt. Asked if she thought mobile voting is a good idea, she said, “The short answer is no.”

Military personnel will not be obliged to use the app – they can opt for paper ballots instead if they wish.

Voatz is a free download from the App Store.

What’s your view? Sensible use of technology, or horrendous security risk? Let us know your thoughts in the comments.