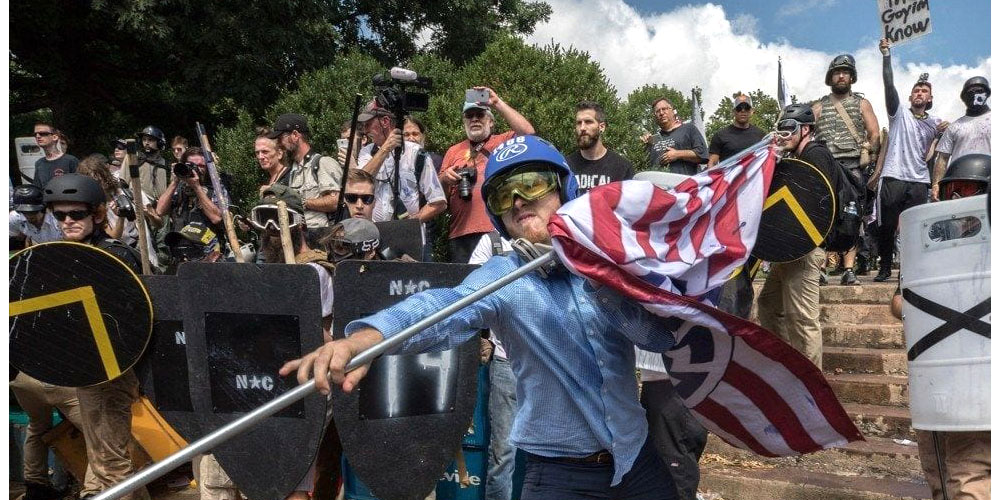 The Washington Post reports that the app was originally aimed at gamers, but soon found a new user base.

Discord, which was started in 2015 as a secure chat app for videogamers, also happened to be conducive for white supremacists, white nationalists, neo-Nazis and other members of the alt-right movement who sought to keep their identities secret.

It allowed the organizers and participants of the deadly Aug. 12 rally to convene in private, invite-only threads shrouded in anonymity, with usernames such as “kristall.night” and “WhiteTrash.”

Violence at the rally resulted in one death and at least 38 injuries. Two state troopers also died in a helicopter crash while providing aerial surveillance of the rally.

A subpoena has now been filed in a federal lawsuit seeking to reveal the identities of Discord users alleged to be ‘conspiring to commit acts of violence, intimidation and harassment’ against people in Charlottesville.

One of those users, whose Discord handle is kristall.knight, sought to quash the subpoena.

She claimed the counterprotesters were intentionally seeking to “out” her as a member of the alt-right movement, putting her in fear of her own safety. Revealing her identity, her attorney argued, would infringe on her First Amendment rights to engage in “anonymous speech” and to associate with a politically unpopular group.

Judge Joseph C. Spero accepted that the identities should not be revealed to the public, but ruled that those injured at the rally had a right to identify their attackers.

Any identifying information discovered within her Discord account will be classified as “highly confidential,” the judge said, restricting it to a select amount of people.

One lawyer representing two injured women said that the app content could be ‘the crux of the case,’ proving violent intent ahead of the rally. The messages reveal members discussing how things like flagpoles and shields could double as weapons which would get past police checks.