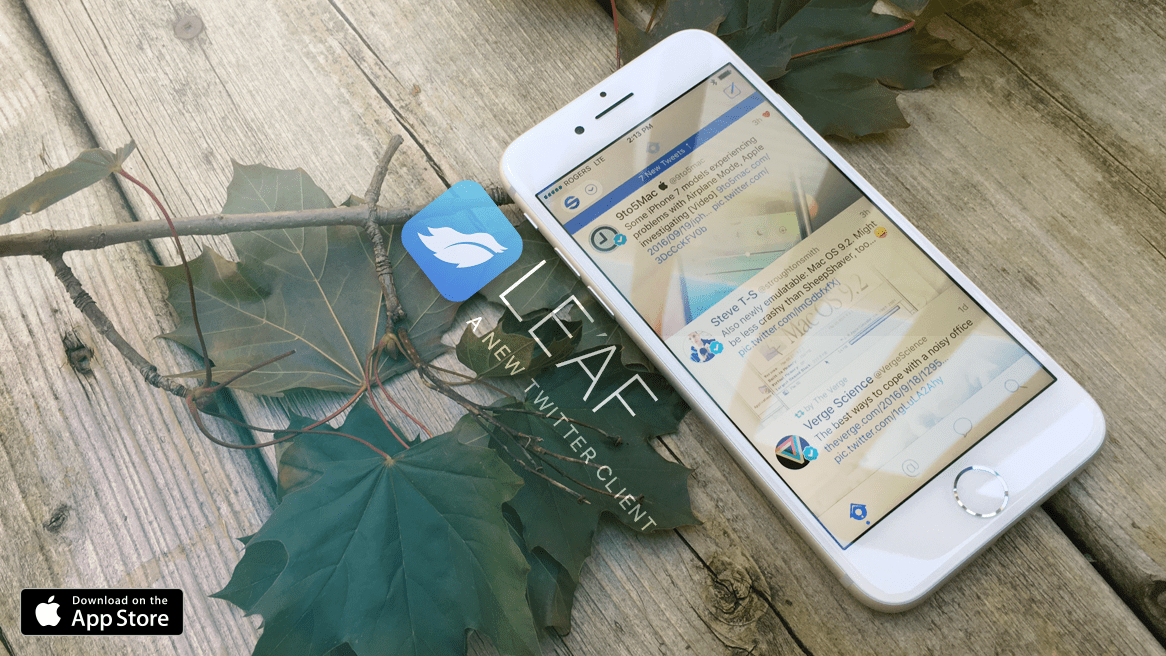 Popular iOS Twitter client, Leaf, has announced today that the app will no longer be getting updates. With the announcement, the developer iPlop, and app designer Surenix have shed some light on what they’ve been working on, but will ultimately never see the light of day.

The duo shared that Leaf’s long-awaited update will never come to fruition due to the recent Twitter API changes. Their official account tweeted:

Due to recent Twitter API changes, we’re sad to announce the end of Leaf. This means some new features will never see the light of day. Although we’ve never got a chance to launch these features, we’d still like to show you what they looked like in development.

The developer does mention that she is “hopeful” that Twitter will one day give proper tools for developers to create fully functional Twitter clients on all platforms again. But for now, Leaf has been officially pulled from the App Store is no longer available for purchase. Those who’ve purchased the app in the past can continue to use it until Twitter deprecates the remaining APIs that keep third-party clients alive.

Leaf was my daily driver, and I’ve long been an advocate for its success, so it’s hard for me, personally, to see it go the way it did. Hopefully, it’ll make its return once Twitter decides to wake up and support third-party clients again.

Due to recent Twitter API chances, we’re sad to announce the end of Leaf. This means some new features will ever see the light of day. Although we never got a chance to launch these features, we’d still like to show you what they looked like in development.

There are many more things we can’t even show because they’re so incomplete, such as a tweetstorms enabled composer. We’re sad to see it turn out this way, but still hopeful for the future. Until then, thank you for all your support!