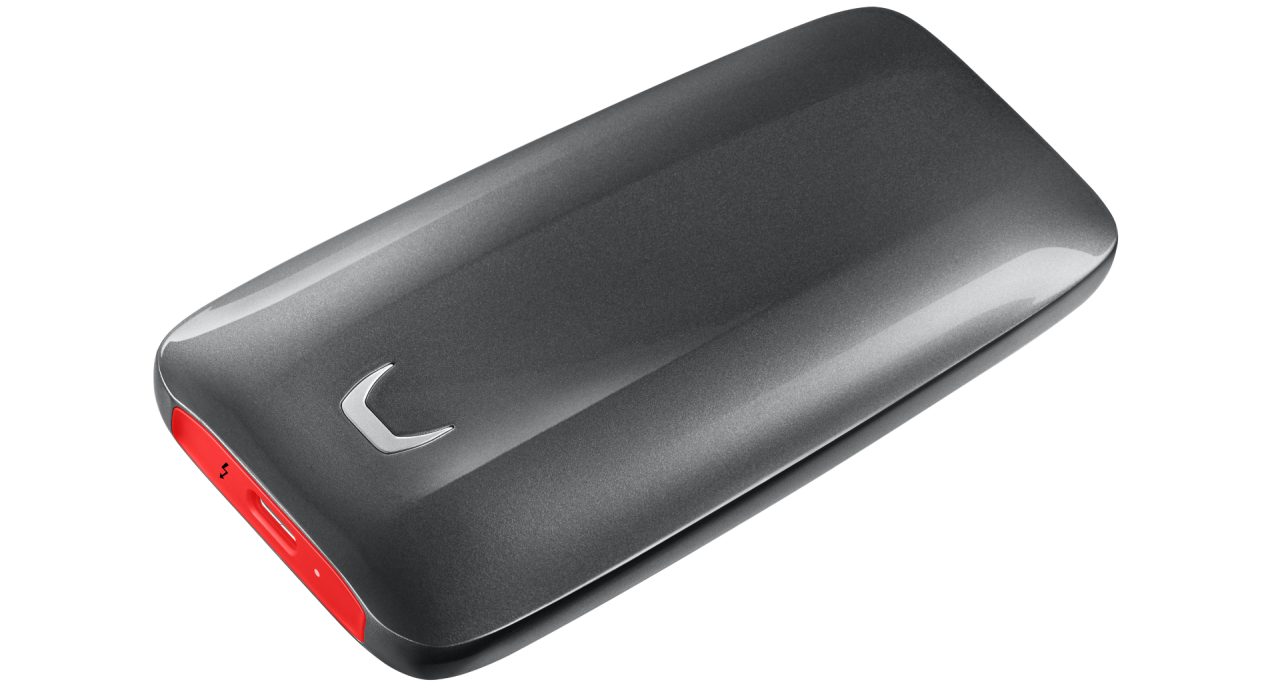 The public demand for video is insatiable, and the people behind these videos, specifically the ones doing the editing, need speedy media to handle 4K (and higher) workflows. That’s where Samsung says the Portable SSD X5 comes in. It’s a drive that’s been designed for editing 4K videos, creating real-time 3D renderings, and working with extremely high-resolution and data dense RAW photos.

The aforementioned 2,800 MB/s read speeds are accompanied by 2,300 MB/s write speeds, which allows users to transfer a 20GB file in around 12 seconds. Keep in mind that this is a Thunderbolt 3 drive only, so it’ll require a MacBook Pro or Windows machine with a Thunderbolt 3 port. This eliminates machines like the 12-inch MacBook, which features a single USB 3.1 port, but the Samsung T5 and similar drives will work just fine with USB-only computers.

The Portable SSD X5 will be available in 500GB, 1TB and 2TB varieties. Prices start at $399.99 for the low-end model, $699.99 for the mid tier model, and $1399.99 for the high-end 2TB version. Similar to the Samsung T5 portable SSD, the X5 offers data protection courtesy of Samsung’s Portable SSD Software featuring AES 256-bit hardware encryption and optional password protection.

Dimensions for the Samsung Portable SSD X5 are 4.7-inches x 2.4-inches x 0.8 inches, noticeably bigger and less minimalistic than the T5’s diminutive enclosure, but still only weighing a mere 5.3 ounces. Designed with a durable full-metal body complemented by a glossy finish, the X5 struts a shock-resistant internal frame that allows it to withstand drops of up to two meters, all the while featuring curves that’ll remind you of a sports car.

Other internal features are Dynamic Thermal Guard technology and a mechanical internal heat sink solution that helps the drive maintain optimal operating temps, and eliminate overheating. Even so, the unit comes with a three-year limited warranty just in case something goes awry.

Samsung’s X5 joins drives like the OWC Envoy Pro EX (review) and the Sonnet Fusion (review) in bringing Thunderbolt 3-enabled NVMe-powered portable SSD enclosures to Mac and Windows users. We can’t wait to take it for a test drive.

The new SSDs will be available globally from September 3, 2018, just in time for the new Mac hardware that we all hope to see before year’s end. Similarly to how we reviewed the Samsung T5, we’ll be sure to follow up with a review of the Samsung X5 in the very near future.

What are your thoughts on the X5? Does it look and sound like the type of portable drive you’d like to pair with your MacBook Pro? Sound off in the comments below with your thoughts.