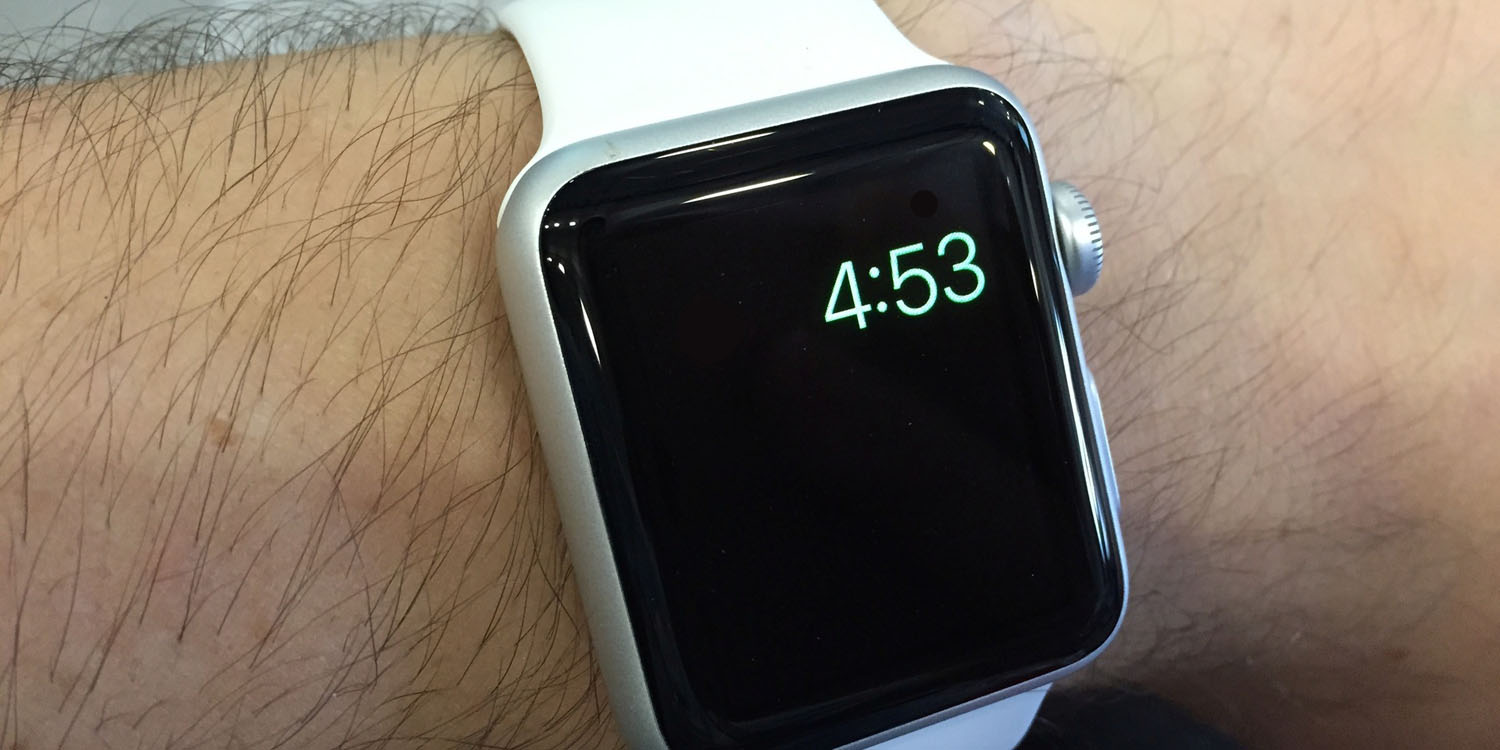 A patent application relating to the Apple Watch is leading some to speculate that the company may be working on a mode where the screen is always on.

This has been a much-requested feature from some, but it would pose two challenges …

The obvious one is battery-life. Depending on model and usage patterns, the Apple Watch can comfortably make it through anything from one very long day to several days – but that’s with the screen on for relatively short periods of time.

However, some smartwatches have addressed this by reverting to a relatively dim grayscale mode to display the time when you’re not actively using the watch, and Apple already has a low-power time display it switches to at night and when the watch runs low on battery.

The second challenge is the susceptibility of OLED screens to burn-in, and it is this problem Apple’s patent sets out to address.

The method Apple describes doesn’t prevent burn-in. Rather, it describes a method of compensating for it – artificially adjusting the brightness and colors of particular areas of the screen. And the specific thing Apple wants to patent is an efficient method of storing the usage data needed to achieve this.

Organic light-emitting diode (OLED) displays–which are becoming a popular choice for computing device displays–can degrade in a non-uniform manner over their lifespans and lead to unwanted color/brightness artifacts. To address this concern, burn-in statistics–which record historical usage information associated with a given OLED display–can be used to artificially adjust the operation of the OLED display to substantially restore visual uniformity throughout its operation. Notably, such burn-in statistics can take the form of a high-resolution, multiple-channel image that consumes a considerable amount of storage space within the computing device in which the OLED display is included. For obvious reasons, this consumption can dissatisfy users as their overall expected amount of available storage space is reduced for seemingly unknown reasons. It is therefore desirable to store the burn-in statistics in a more efficient manner.

That’s something Apple might want to do anyway, but some Redditors (citing a Patently Apple link) believe this could signal that Apple is working on an always-on mode.

Burn in solution = always on display mode perhaps? I’ve read loads of people who want it on here. I’d go as far as saying it’s the no. 1 requested feature (from what i’ve read in posts etc).

If you’ve worn a normal watch for any length of time you’ll realize why people are clamouring for an always-on display. It might not seem like a big deal but in practice it’s so much more convenient to look down and always have the time visible.

It would be so cool if it shows only the clock hands when facing away and then complications only show when the display would normally turn on now.

Being Reddit, the thread of course has sparked lively debate. Some argue that it isn’t needed, since the face switches on when you look at it (one Reddit user wryly observes that he also has to turn his wrist in the same way to view his analog watch). Others say there are times when you want to just glance down at an angle. Some say it would be distracting in the dark, others say Apple would adjust the brightness to a sensible value.

What are your views on an always-on low-power time display? Useful feature, or pointless gimmick? Please take our poll and share your thoughts in the comments.