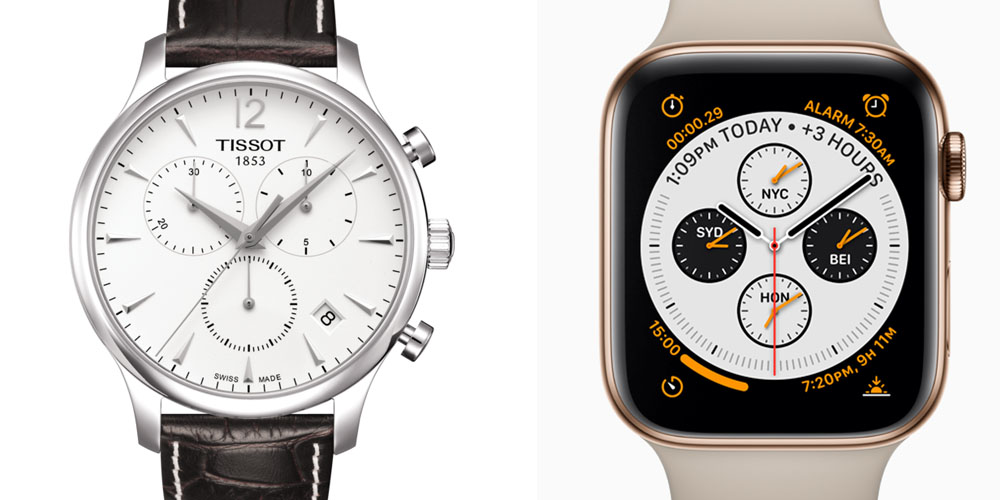 The Apple Watch has been in large part selling to people who don’t wear conventional watches, but it has also taken significant market share from traditional watch brands.

That latter trend could be significantly accelerated by the new heart-related features in the Apple Watch Series 4, think some commentators – for one simple reason …

It’s mostly older people who wear traditional watches: the exact same age group who are likely to be most concerned about their health.

While those wearing watches costing four and five figures are unlikely to make the switch, it could well impact the $500 brands, suggests a Reuters report.

“Far from just being an evolution, the new Apple Watch 4 is probably a revolution because it does not only target the wrists of geeks, but also of people over 45 who care about their health,” industry expert Gregory Pons said on his watch website businessmontres.com […]

“The Apple Watch continues to improve and provide additional relevant functions. I think this will represent a harder and harder challenge to entry-price Swiss-made watches, which are not in a position to stay relevant,” Exane BNP Paribas analyst Luca Solca said.

Swiss watch brands with significant offerings in the same kind of price bracket as the Apple Watch include Swatch, Tissot, Mondaine and Fossil.

The argument makes a lot of sense when you couple the more general health and fitness features of the Watch to the new ECG and fall-detection features.