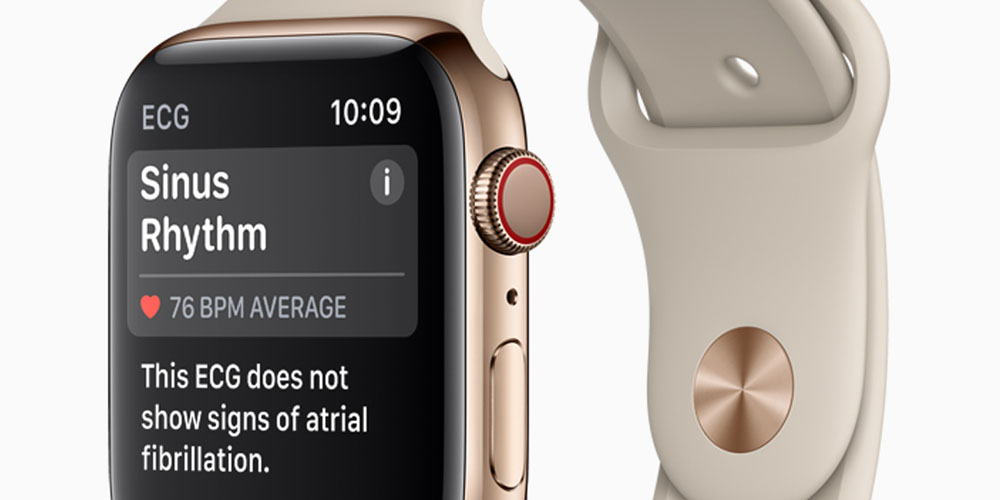 To get FDA approval for the ECG feature in the new Apple Watch Series 4, Apple had to provide data from a heart study in which half the participants had AFib and half didn’t.

For some bizarre reason, a Quartz piece on this was headlined The new heart-monitoring capabilities on the Apple Watch aren’t all that impressive.

For the ECG clearance, the FDA reviewed a study conducted by Apple and Stanford University in California. This study, called the Apple Heart Study included 588 individuals, half of whom had AFib and the other half of whom were healthy. The app was able to identify over 98% of the patients who had AFib, and over 99% of patients that had healthy heart rates. Cardiologists were able to read 90% of the total readings, although about 10% of them were unreadable.

While that’s a small study, Katherine Foley’s angle is that the Watch is crude compared to hospital tech.

In a health care facility, a patient would have 12 different stickers, or leads, placed all over her chest and on certain spots on her arm and leg, to give doctors a clear picture of the four chambers of her heart’s movement.

The new Apple Watch, however, has the equivalent of one lead on your wrist, the company’s website says. “The tech that Apple is working with is very rudimentary compared to what we’d do for someone in a hospital or health care setting,” Moore said. Although the watch can detect changes in the patterns of a person’s heart rate, these changes really only show a user if she has a heart rate that is too fast, too slow, or beating irregularly—signifying AFib. The watch won’t necessarily give the full picture a doctor would need to diagnose a medical issue.

Gosh: a $400 consumer device isn’t a substitute for hospital-grade equipment – who’d have thunk it?

Apple was able to carry out its own study because the device falls into what the FDA calls a ‘low to moderate risk’ category. The risk, in this case, is that someone experiencing strange sensations might be fooled into thinking it’s nothing serious if their Apple Watch ECG says all is well – or undergo unnecessary medical procedures if the Watch diagnoses AFib when none is present. The FDA requires Apple to warn users of the risk of misdiagnosis.

In its approval letters (pdf), the FDA notified Apple of the risks of inaccurate readings, and has mandated that Apple label those risks, and warn users about when the watch may not work. It also stated that the watch is not a substitute for actual medical care, and that patients should not make any medical decisions based on their readings—they need to have them checked by an actual doctor.

The Series 4 became available for pre-order this morning, with the first deliveries scheduled for September 21.