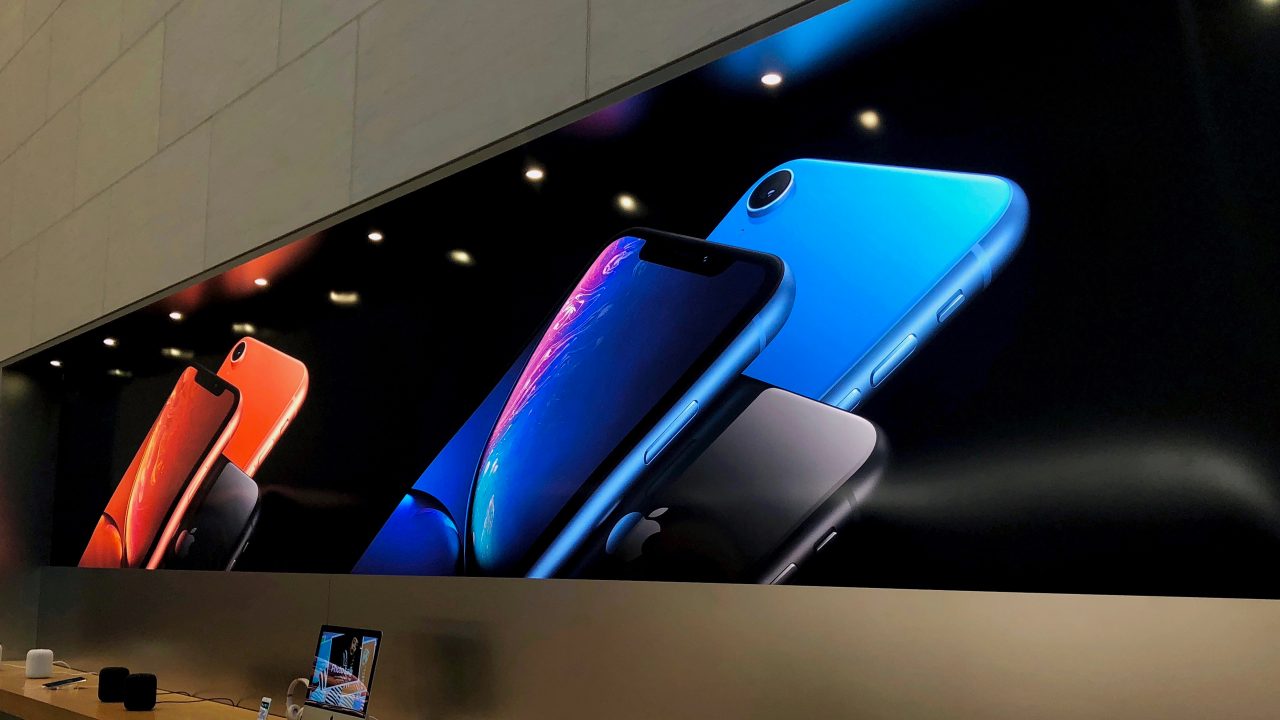 Apple swaps out store artwork seasonally, typically highlighting recent products or significant campaigns like Shot on iPhone and artwork created on the iPad. Displays were most recently refreshed in June to advertise the Celebrate Creativity initiative. A collection of creative Today at Apple sessions supplemented graphic panels designed by select artists.

Seen primarily in classic stores without Avenue display cases, September’s new imagery represents an opportunity for Apple to spotlight its first redesigned hardware products since the HomePod and PRODUCT(RED) iPhone 8 and 8 Plus this past spring.

Numerous configurations of graphic panels detail the iPhone XR’s colors and the three stainless steel finishes offered on the iPhone XS. The Apple Watch Series 4 shows off new faces and finishes, including the highly-customizable Infograph face.

Feature bays in classic stores offer a unique take on iOS and watchOS iconography. Rather than flat posters, custom molded representations of key Apple services literally pop out of the walls above related accessories. Up to six of these 3D-style displays are being installed depending on store size, and represent the App Store, Apple Music, Photos, HomeKit, Health, and device cases. The new feature bays feel somewhat like a callback to the lost era of Apple store window displays.

At locations with the modern store design these displays are not present, and graphic panels are few and far between. Instead, Video Walls display product promotion between Today at Apple Sessions. Animated loops of the Apple Watch Series 4 and new iPhone models have begun to run. In coordination with next Friday’s launch, existing Avenue display cases will likely be updated.

Like in past years, Apple is also beginning to promote its new products on large outdoor billboards. One of the first was spotted being installed in New York as early as Friday. In China, Apple Wangfujing reopens tomorrow. The large digital billboard above the store is displaying a similar iPhone XS loop.

As always, feel free to drop us a line if you spot any new billboards, imagery, animations, or displays. We’d also love to see your iPhone and Apple Watch launch day photos. Reach out on Twitter or by email, and follow along with 9to5Mac’s retail guide for more Apple store news.