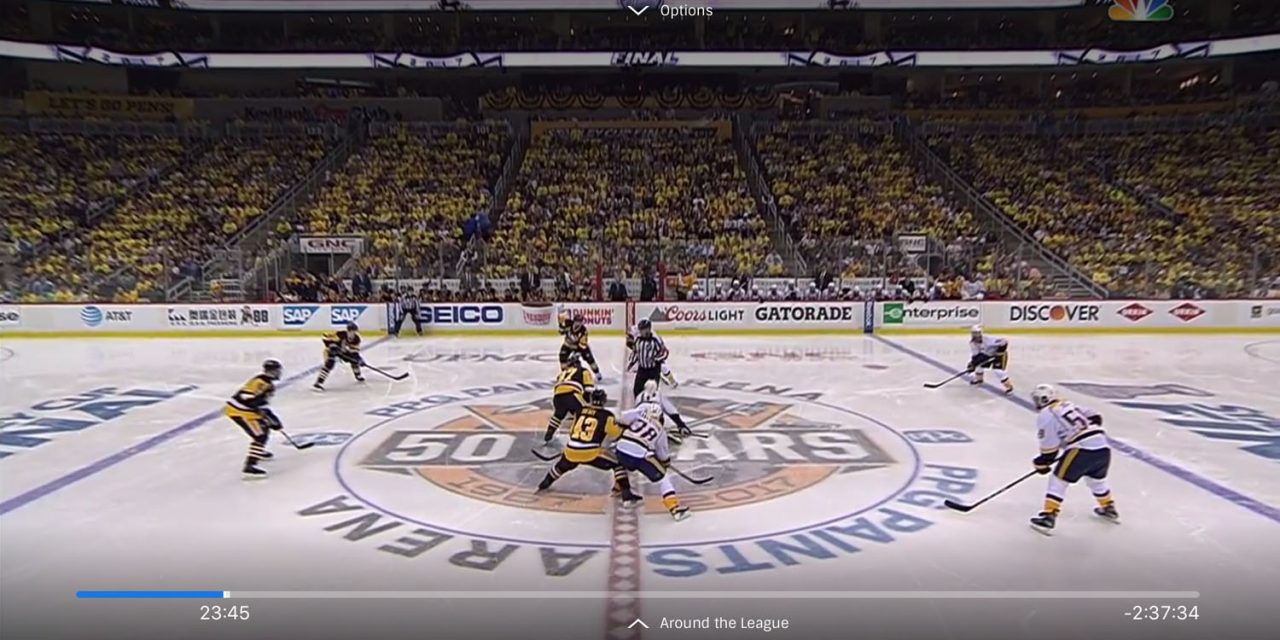 The NHL iOS app is getting a significant upgrade. While more video is the headline feature, there are a couple of other reasons for ice hockey fans to be happy …

Engadget reports the redesign is timed to coincide with the new season.

With the new season about to get underway, the app is getting a redesign and adding almost 50 percent more pre-and post-game shows – along with intermission broadcasts. Immediately noticeable are the overhauled Team Pages that put video up-front and center moments after the puck drops on every new match, including a new pinned video player at the top of each article.

The app is also adding Apple Watch support, displaying summaries, events and scoreboards. But if scores are the last thing you want to see because you’re planning to watch a match later, the revamped app offers the ability to switch them off in notifications.

NHL.tv is available on iPhone, iPad and Apple TV, as well as a wide range of other devices. NHL is a free download from the App Store, with in-app purchases.