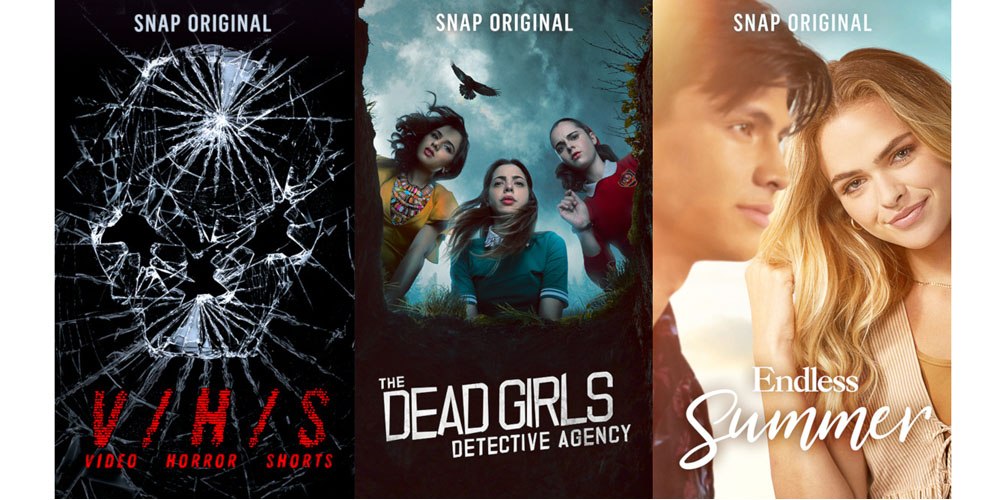 While the promos look much like Netflix Originals, there are two big differences …

First, Snap Originals will be, well, snappy. Reuters reports that each episode will be as short as four or five minutes in length.

Second, unlike Netflix shows which are either made available one series at a time or uploaded weekly, Snap Originals will have daily episodes.

Engadget reports that the first episodes will be available sometime today.

The app will roll out the first episodes for two of the scripted shows and one docuseries sometime today.

Class of Lies revolves around a couple of roommates and true crime podcast hosts as they try to solve their best friend’s disappearance. Meanwhile, Co-Ed is an LGBTQ-inclusive show about a group of freshman students navigating their way through college. Finally, Endless Summer follows the lives of influencers Summer McKeen and Dylan Jordan.

Later this month, Snap will debut two more titles: The Dead Girls Detective Agency is a supernatural dark comedy about a young woman who must find out how she died. V/H/S, on the other hand, is a horror anthology, while Vivian is a docuseries following the youngest model scout for Wilhelmina.

Engadget also shares details of upcoming shows that don’t yet have a release date.

Despite the short format, Snap promises that each episode will tell a complete story. Some will also include interactive augmented reality content.

Mindful of complaints about the redesigned app making it harder to find things, Snap has said that each show will get a dedicated profile page.

Snap CEO Evan Spiegel recently shared a 15-page memo with employees acknowledging the issues with the ‘rushed’ app design, and outlining plans to turn a profit by the end of the year. Snap Originals appears to be a key part of that plan.