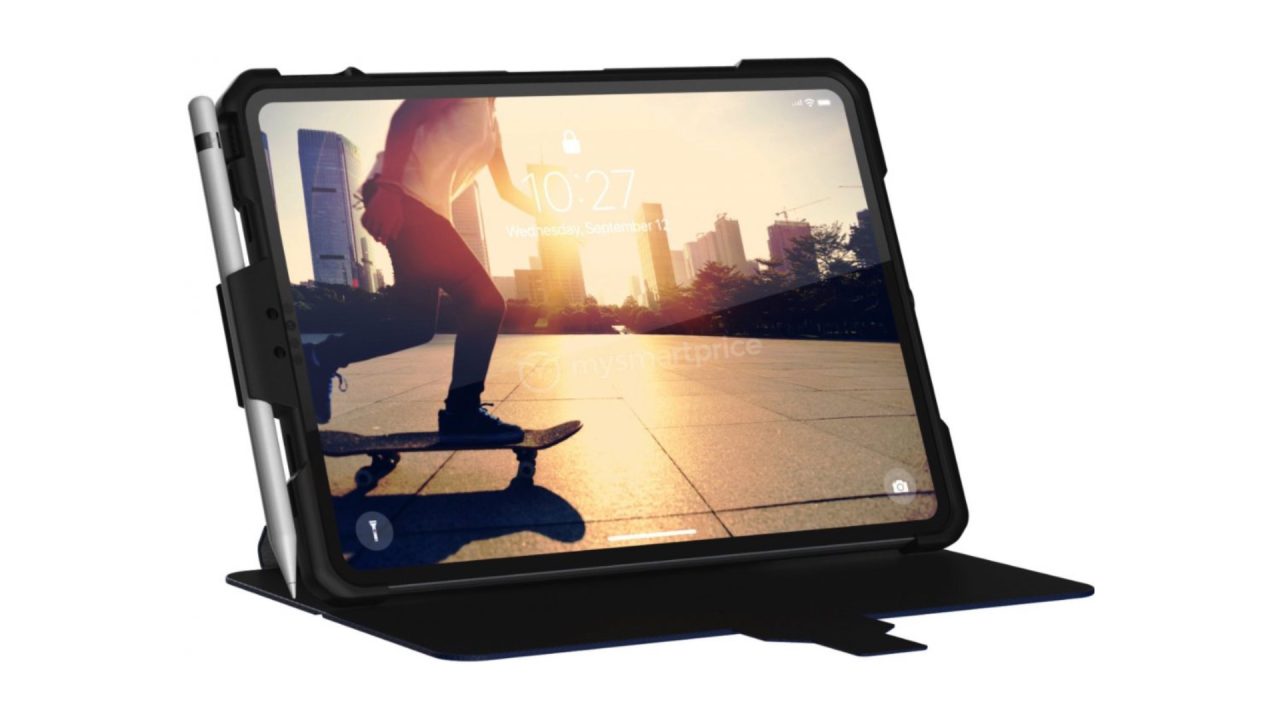 Apple is expected to unveil two major iPad Pro updates this month — likely in two weeks — and renders based on purported design plans are the closest preview we’ve seen. Now at least one accessory maker appears to have creatively imagined how the 2018 iPad Pro will appear when wrapped in their case.

While we don’t consider it to be an actual leak of the new iPad Pro, the image certainly has us hyped for the new corner-to-corner display. Mysmartprice.com first shared the image of what it describes as an upcoming case from accessory maker UAG. The image purports to show the front design of the new 12.9-inch iPad Pro; we expect this is a placeholder image based on the CAD leak from earlier this summer mixed with a little creativity on the software side.

In terms of what to expect from the two new iPad Pro upgrades this month, rumors and evidence point to a new 11-inch version that will replace the 10.5-inch version and a refreshed 12.9-inch version with a smaller body.

We also expect the new iPad Pro models to switch from Lightning ports to USB-C which will power 4K HDR video output for the first time. We also believe the Apple Pencil will need to be updated when Lightning is replaced with USB-C. The new version will pair similarly to how AirPods pair today, and the charging solution could explain the magnetic connector.

9to5Mac has also reported that the new models will run on a new A12X chip, up from the current A10X Fusion chip, and Face ID will support portrait and landscape orientation after initially being set up in portrait orientation.

At this point, Apple hasn’t officially announced its second fall event or the new iPads. Personally, I would guess that the event will be announced by next week and held around two weeks from now, possibly on October 30, with new hardware shipping in early November. Stay tuned.