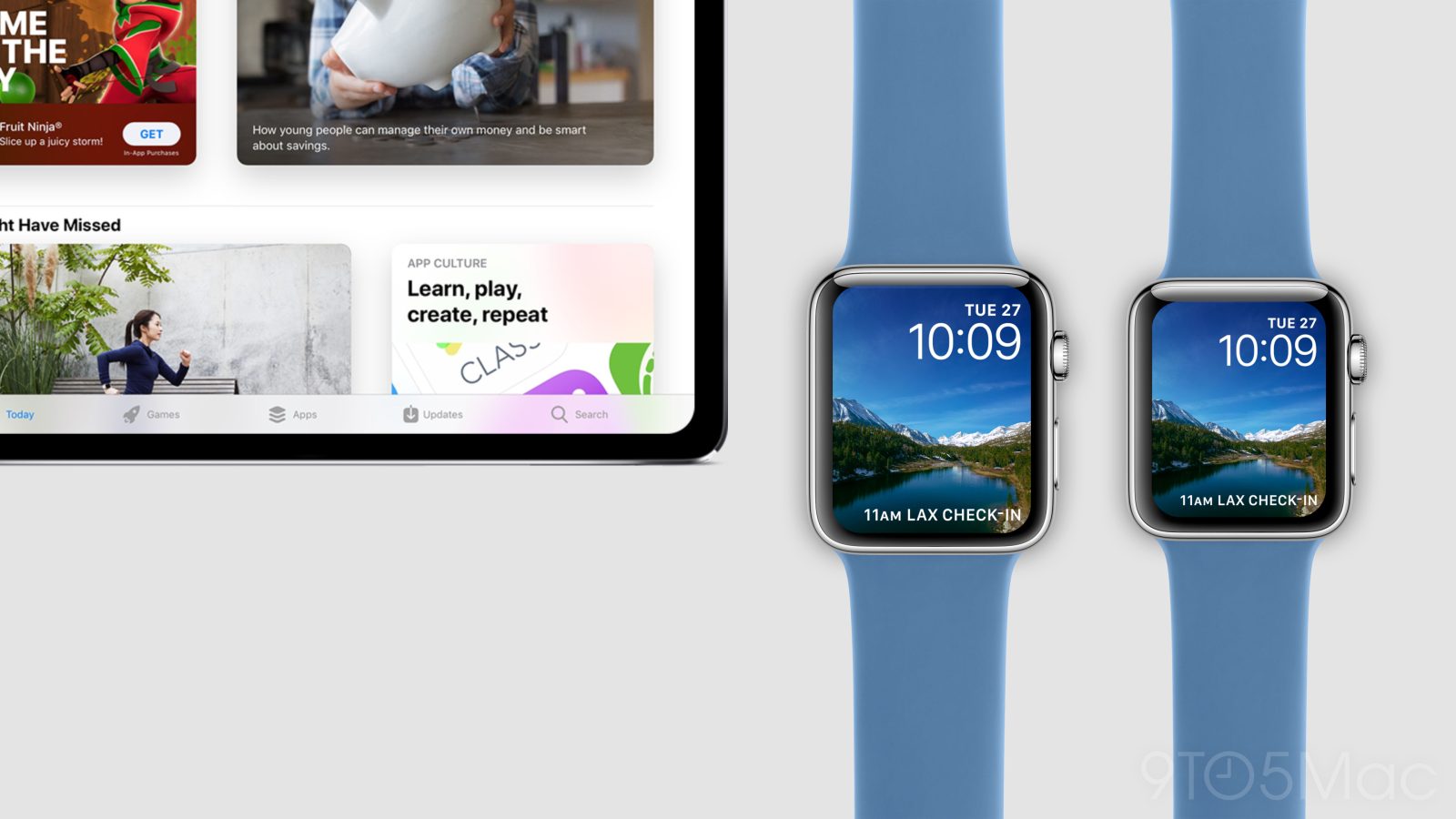 A report today from analyst Ming-Chi Kuo offered new insight into what Apple’s fall iPad and Apple Watch lineup might look like. Based on these predictions, we’ve visualized what could be in store for later this year.

Kuo predicts that the Apple Watch will be updated with larger displays. While we’ve heard similar reports in the past, this is the first time specific 1.57-inch and 1.78-inch displays have been suggested. Apple’s current 38 and 42mm models leave generous bezels around their perimeter large enough to fit these new displays without changing the physical size of the watch casing.

With that in mind, below we’ve compared both sizes of the Series 3 Apple Watch next to what the Series 4 could look like. With dramatically smaller bezels, it becomes necessary to curve the edges of the display in a similar fashion to the iPhone X.

Since the Apple Watch display as it exists today is so small, a little change significantly improves the usability of the device. Photos would show more details, watch faces could display larger numerals, and more text could fit onscreen at once, meaning less scrolling of the Digital Crown.

Kuo also predicts two new models of the iPad Pro for this fall. The first is an updated 12.9-inch model, replacing the current iPad with a display of the same size. The second is an all-new 11-inch model. Both are expected to drop the home button with Touch ID authentication in favor of Face ID carried over from the iPhone X.

Taking more cues from the iPhone X, both new iPads could see their bezels reduced significantly after losing the home button. The 12.9-inch iPad Pro could retain the same display size with a smaller casing, while the 11-inch model could be sized similarly to today’s 10.5-inch iPad Pro.

With the addition of Face ID, the question arises: notch or no notch? The iPhone X made waves last fall with its display cutout housing the TrueDepth camera system and a variety of other sensors that make Face ID possible. The iPhone X’s notch is similar in height to the side bezels of the 10.5-inch iPad Pro. If Apple chose to make the top and bottom bezels on both new iPad models consistent with these existing dimensions, they could avoid the notch.

Rounding out this fall’s announcements will also likely be updated Mac hardware and the thoroughly-reported new iPhone lineup. Which products are you looking forward to? Are you excited about the possibility of edge-to-edge iPads and Apple Watches? Let us know in the comments.