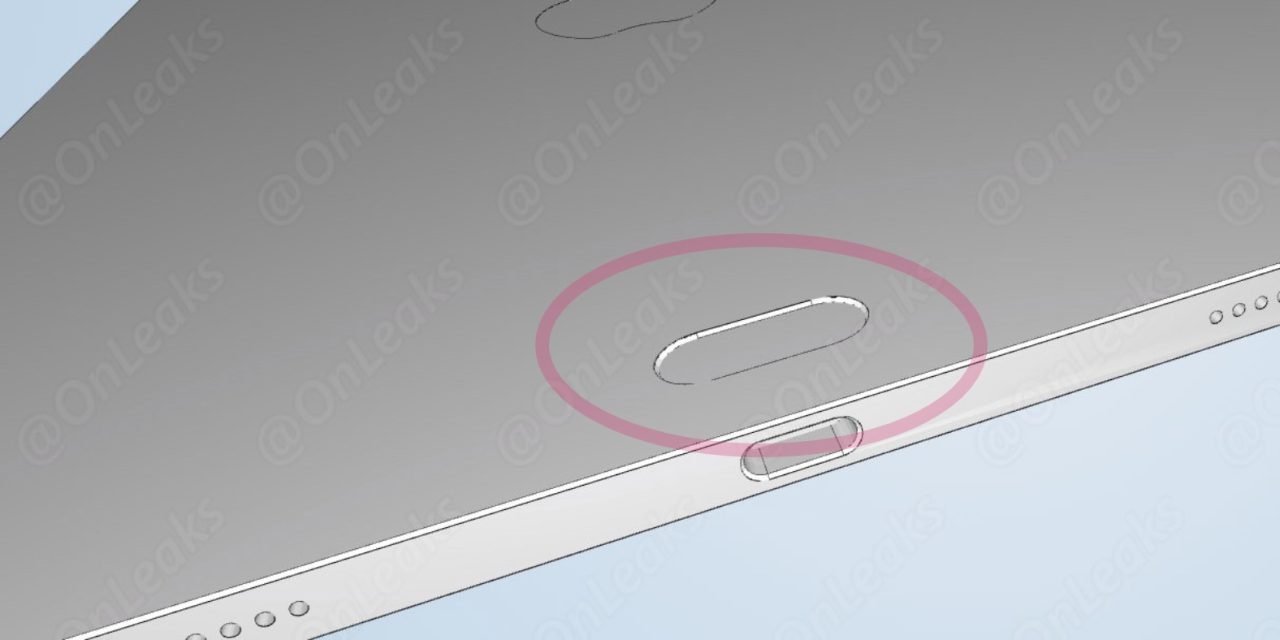 The iPad Pro is due for an upgrade, and all signs point to a major redesign this fall. The upcoming 11-inch and 12.9-inch iPad Pro, replacing the current 10.5-inch and 12.9-inch models, are expected to draw heavily from the iPhone X design. They will feature super-slimmed down bezels and drop the home button in favor of Face ID.

A report last week hinted that the smart connector would be redesigned and relocated. A CAD image from OnLeaks corroborates this finding. In the sketch, you can see a new outline on the back of the iPad. This is presumably the redesigned Smart Connector in its new spot on the rear of the device, horizontally aligned with the Lightning port on the short edge.

On the current iPad Pro models, the Smart Connector resides on the curved edge — on the longer side.

This means iPad Pro users unfurl their Smart Keyboard and prop up their device horizontally, with the home button on the right. The metal dots of the Smart Connector align with the middle of the keyboard.

With the Smart Connector moving to a new location as shown in this latest leak, it goes without saying the current Smart Keyboard will be incompatible. This probably would have been the case anyway though as the physical dimensions of the new iPad Pros are changing significantly, as Apple slims down the bezels.

It’s not immediately clear how a redesigned Smart Keyboard would be able to interface with a smart connector that is situated on the back of the device. The current cover design does not fit snugly onto the back of the iPad.

The Macotakara report implied that the relocation of the connector suggested the new iPad Pros would prefer to be used in portrait, although there isn’t any hard evidence to back this up. It should be possible for Apple to make a new horizontal keyboard attachment still, perhaps with the addition of a permanent back cover.

In the CAD drawing, the connector itself is depicted as a rounded pill shape. This is obviously a significant change from the current three dot design. However, we would not want to rely on this image as proof the connector design itself is changing. Depending on where this was sourced from, the fine-grained details may have simply not be drawn. If this was intended for case manufacturers, the exact design of the connector is irrelevant — they just need to know how much of a cutout to leave in any accessories.

Along with the significant redesign and addition of Face ID, the new iPad Pro models will feature Apple’s next-generation A12 processors. Expect the new iPads to be unveiled at a September event in the fall, likely early September.

Just got my hands on a purported 2018 iPad Pro CAD showing a unknown thing located on the back of the tablet… NB: I can't confirm the accuracy of that CAD I share for discussion purposes only because of that weird and yet unexplained detail… 😉 pic.twitter.com/9R7jeLDfLV