iPhone XR is Apple’s strategy to disrupt itself with features and price before others do, says analyst 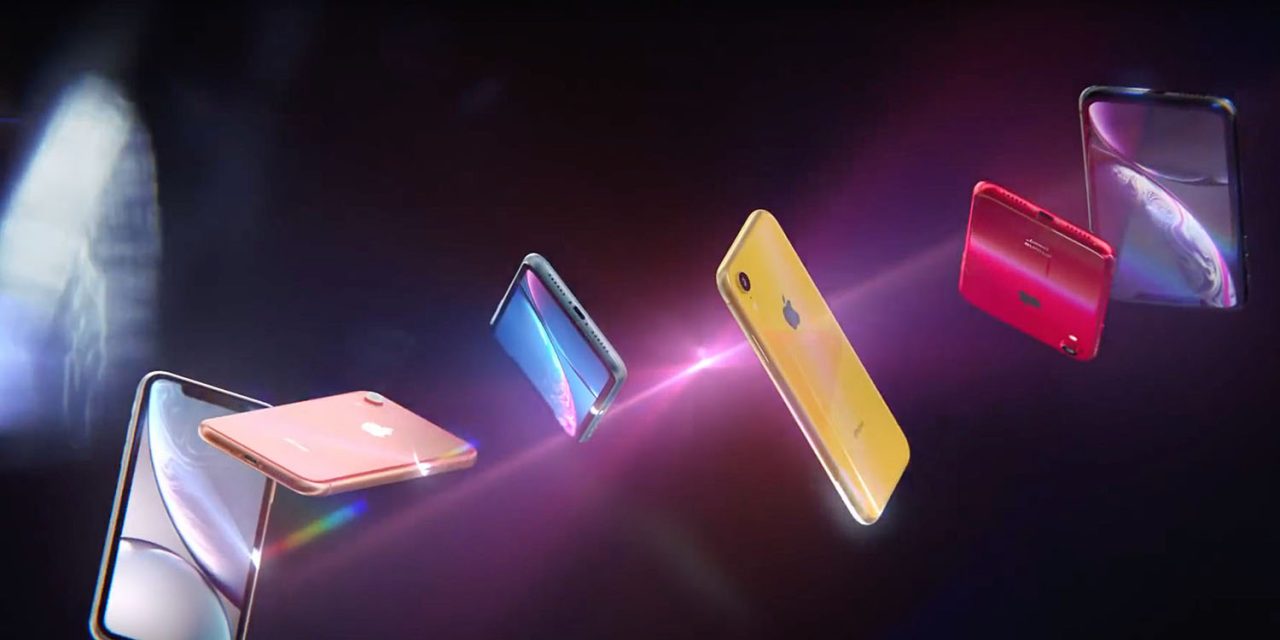 A new analyst note from IHS Markit today takes an interesting look at the unique and different approach that Apple has taken with iPhone XR. Specifically, the firm sees the new 6.1-inch model as proof that Apple has acknowledged that many consumers won’t pay $1,000-$1,450 for an iPhone.

Wayne Lam, IHS Markit’s principal analyst shared the note on the significance of the iPhone XR in a maturing smartphone market this morning.

Lam believes that with the specific design and feature choices Apple has made with the $749 XR, the company has admitted that the performance and features of the XS and XS Max are overkill for market demands.

What Apple has done with the iPhone Xr design is to implicitly acknowledge that after a decade of launching new iPhone designs, their high-end smartphone models have reached a point where their performance and feature sets have exceeded the market demand for them.

Lam notes Harvard businesss professor Clayton Christensen’s book The Innovators Dilemma and his theory on disruptive tech, including a visual on how the flagship iPhone demand has shifted.

Drawing from this business theory, we can see that the iPhone product line has progressed so far in the marketplace that it has over-shot the performance level demanded of it at the high end of the market. In the diagram below, Apple is the “sustaining technologist” and the iPhone Xs and Xs Max represent the progress above the market demand line. 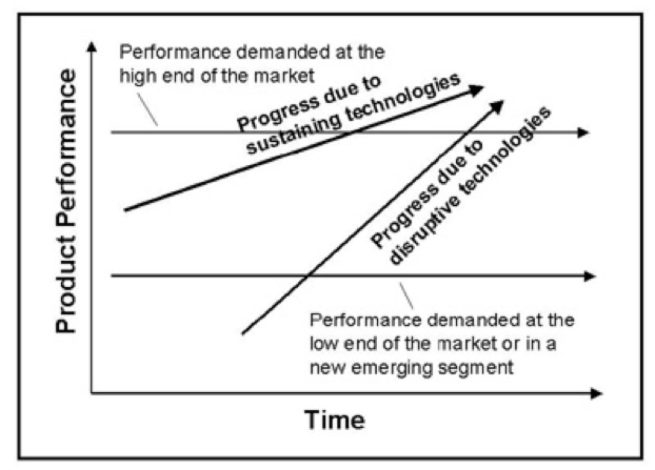 While the analyst note mentions that it’s still of course worthwhile for Apple to make its high-end iPhones, Lam says that the XR is Apple’s way of disrupting itself before others have an opportunity to.

While there is still strong demand for premium smartphone products, the marketers at Apple understand that most consumers will not follow Apple into the high-end pricing territory of the new iPhone Xs. The iPhone Xr design reflects this fact, exposing Apple’s attempt to disrupt itself, before others can disrupt it.

Lam concludes the note by highlighting his belief that for Apple to continue on with its iPhone success, it realized it needed to rethink what features and performance levels were most important to the average user. He notes five aspects where iPhone XR left out or modified features including the display, camera, 3D Touch, LTE radio, and price.

What is most interesting about iPhone Xr are the features that Apple has left out, as follows:

Display size over quality – The design compromise made for cost reasons was the selection of an LCD-based 6-inch full-screen display, which is less costly than the premium OLED display on the iPhone Xs. However, Apple expended a great amount of effort to create an LCD display that can be pushed to the edges of the phone and provide the color gamut that rivals the best LCD displays on the market. This design choice indicates that consumers can’t really tell the difference between various high-end display resolutions and color reproduction qualities, and that a large 6-inch design pretty much trumps all other design considerations.

Better camera via computational photography – The iPhone Xr is equipped with a single camera, instead of the dual set-up of the iPhone Xs. While two cameras are clearly better than one, Apple has leaned heavily on computation photography to make the best out of this single-camera system. At the core is the use of the A12 Bionic processor, which is the same as the one found in the iPhone Xs models, which demonstrates that any feature can be enhanced with enough computational power.

Missing 3D touch, but we hardly knew you – Another design compromise Apple made was excluding 3D touch. This new touch interaction mode feature came into the Apple ecosystem with the iPhone 6S, but after analyzing four years of consumer behavior data, it’s clear this feature has been woefully underused.  Apple’s answer to that insight was to remove the expensive 3D-touch overlay in the display (which added nearly $10 to the bill-of-materials cost) and to leverage the haptic motor to mimic 3D-touch interactions in software.

LTE speed improvements negligible to consumers – While the iPhone Xr has the same internals as the more premium iPhone Xs series, the LTE radio in the iPhone Xr is still CAT-12, instead of the improved gigabit-per-second-capable CAT-16 in the iPhone Xs. Of course, designing a CAT-12 RF front end is more affordable than the CAT-16 versions (primarily extra receive chains and 4×4 MIMO); this difference in LTE technology has simply been lost on consumers.

Pricing sweet spot – Apple has always relied on last year’s iPhone models to make up for the lower-cost models of the current year models, but that strategy changed this year. The iPhone Xr brings in the best of the iPhone X and iPhone Xs series designs, while giving up features that consumers are not concerned with. The result of this market positioning is a new reference price for smartphones: $750 is now the premium price point of “good enough” smartphone designs. Although the market is now chasing more capable flagship designs with prices topping $1,000, the iPhone Xr will serve the consumer masses at this presumably stable price point.

Although it’s early, it looks like Apple’s plan has been successful so far. We heard this week from Ming-Chi Kuo that iPhone XR is doing better than iPhone 8/ 8 Plus did last year, and will create a strong calendar Q1 (Apple Q2) for iPhone sales overall.