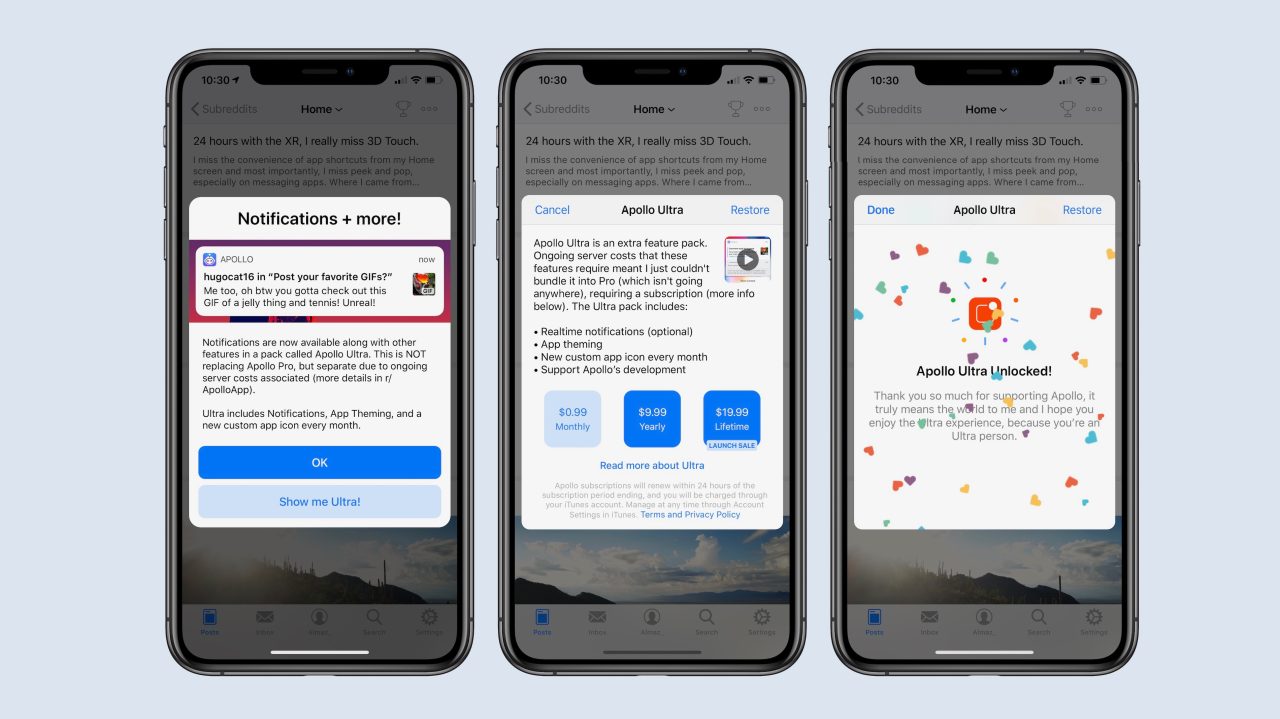 Apollo for Reddit, one of the most popular iOS Reddit clients, has been updated today to version 1.3. The update brings several notable changes, including a brand new feature pack that includes full app thumbing, realtime notifications, and more.

Headlining the Apollo for Reddit update is a new ‘Apollo Ultra’ feature pack, which is available as an in-app purchase for $0.99 per month, $9.99 per year, or $19.99 lifetime. Apollo Ultra brings several new features, including app theming, a new custom app icon every month, and realtime notifications.

Perhaps most notably, the notifications are actionable, meaning you can scroll through posts to view comments, upvote and downvote, and even comment yourself, all from the notification. The new themes are also excellent and theme the entire app, not just certain aspects of it, as seen in the gallery below.

It includes a brand new feature pack called Apollo Ultra that includes full App Theming, realtime notifications for all your comments, posts, and messages, a custom new icon every month (with this month’s designed by the terrific Iconfactory group), and of course it helps to support Apollo’s development.

In addition to the above, this update includes some great bug fixes as well, namely around recent issues with an overflowing cache (essentially had to do with extraneous thumbnail downloads), and it also fixed some extra data usage that could occur. There’s lots of other bug fixes in there too (such as floating bottom bar fixes), so I really hope you like this update overall.

Apollo for Reddit is by far the most advanced Reddit client on iOS, and is definitely worth a try. It’s available as a free download on the App Store, with in-app purchases that add many excellent features.