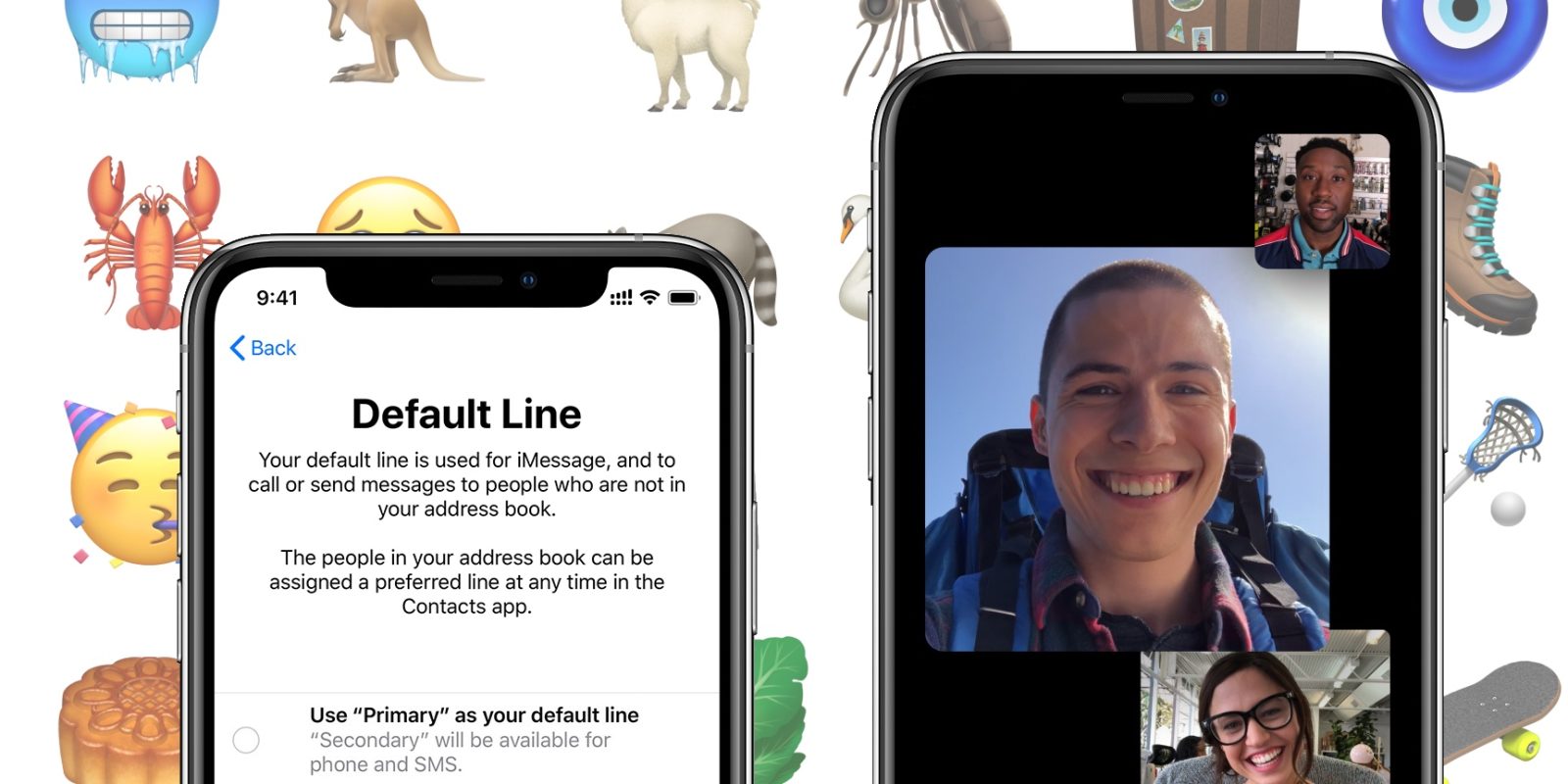 iOS 12.1 for iPhone, iPad, and iPod touch will be available tomorrow as a free software update. The first significant update to iOS 12 brings a variety of features including Group FaceTime, dual SIM support, real time Depth Control for Portrait mode, new emoji, and more. iOS 12.1 is also expected to address the “beauty-gate” issue that affected the front-facing camera on iPhone XS and iPhone XS Max.

FaceTime has previously been limited to video calls between just two users. The new user interface shows multiple video tiles for other people on the call, and the people actively talking remain in focus while others may be smaller or in the background.

Group FaceTime builds on iMessage and lets you easily join and leave video and audio calls without the call ending and restarting. Group video calling is supported on most recent iPhones, iPads, and Macs; some older iPhones and iPads that run iOS 12.1 and Apple Watches and HomePods are limited to group audio during Group FaceTime calls.

Dual SIM support is new to iOS 12.1 and supported on the new iPhone XS, XR, and XS Max. Apple uses a physical SIM card for the primary phone number and an embedded eSIM for the second phone number. iOS also intelligently presents which phone number is being actively used and even shows both signal indicators Control Center.

In China, eSIM is unavailable so Apple offers versions of the latest iPhones with two physical SIM cards. Carrier support is required for Dual SIM to work. See our hands-on with how this feature works for more details.

Portrait mode on new iPhones applies artificial blur to the background of subjects in photos to create the appearance of depth — something small cameras in smartphones can’t do on their own.

Alongside iOS 12.1 tomorrow, we expect updates for Apple Watch, Apple TV, and Mac. These support the latest emoji characters, Group FaceTime audio and video calling where available, and more. watchOS 5.1 also includes fixes for layout issues on Apple Watch Series 4 and may include the new ECG app.