Thoughts on iPad apps, web apps, and the move to subscriptions 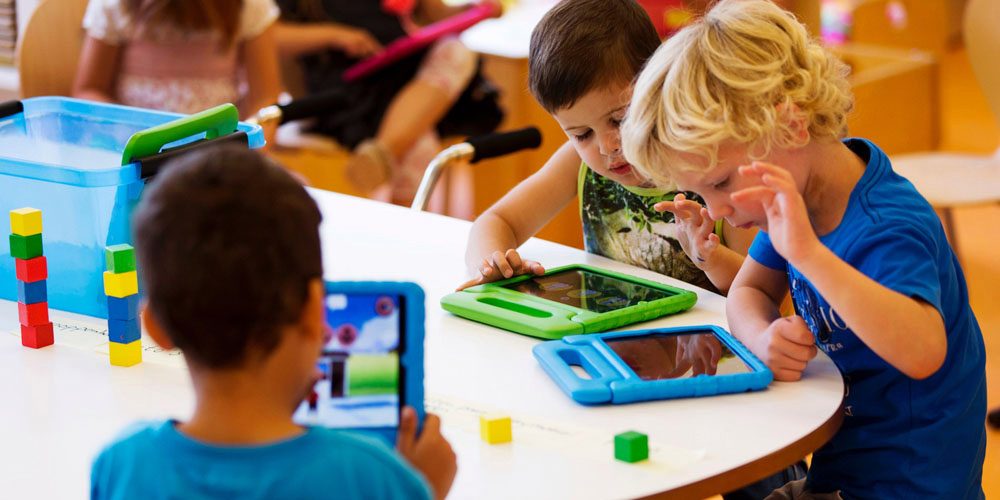 In the early days of the iPad, the App Store was one of the key advantages it had over competing products. Compared to Windows PCs (and even Macs), The iPad had a wealth of apps that were unique, only available on iPad, and were low-cost. Schools were flocking to the iPad for that reason. We were coming from the days of $50/per machine licensing to $1 per iPad licensing. In the very early days of iPad in schools, Apple told us we could buy one copy of an app and use it on all of our iPads. This was before the volume purchase store went live, though. In those days, we were loading apps via iTunes.  Now the discussion is around web apps vs iPad apps. Does this hurt Apple in K-12?

You all likely remember the iPhone 3G commercial touting “There’s an app for that.”

On the original iPad commercial, Apple touted “200,000 apps and counting”. The App Store was Apple’s key advantage in K–12. The costs were low, and it was unique content. Somewhere along the way, things changed. As developers realized that selling $1 apps and updating them for free for years wasn’t going to work economically, apps moved into services. $1 apps became $5/year per user.

One of the critical things that happened with the App Store was the rise of Chromebooks. As Chromebooks began to sell well in K–12, developers started moving away from selling just for the iPad, and they started building for all types of devices. Even a lot of the newer iPad apps in K–12 can often be just trimmed down versions of a web app. The reading comprehension service that my school uses ditched their native app completely a few years back and went with a mobile web app. They advised their customers to install it via a web clip. While I preferred the native app, their web app works fine. It’s not as good of an experience, but it works.

In the past few years, Android apps have become just as popular as iOS apps. Rarely do you see a hit app come out for the iPad or Phone that doesn’t offer an Android option as well. Since Chromebooks can now run Android apps, they can usually run a lot of the same apps as the iPad.

I say all of this to say, the App Store sold the iPad in the early days of school deployments, but times have changed. Android has most of the favorite apps that schools want to use, and therefore they’ll be available on Chromebooks as well. Is the experience as good as the iPad? Not usually, but they work fine.

I’ve seen a move away from app developers relying on $1 app sales to trying to push subscriptions. I’ve even seen a move away from teachers using as many apps as they used to and now focus more on a select core. As schools standardize their app list, they have to go with apps that have a clear update history and a clear business model. In a lot of situations, we’ve gone from having pages and pages of apps to a much smaller list, but being willing to pay a subscription for them. Schools expect continual updates, so app developers need continual revenue streams. Instead of hearing about “30 apps you need for your math classroom”, we’re using the app that the Math textbook company built for us to use.

When the iPad first came out, developers had to choose between web apps vs iPad apps. At the time, those web apps were built in Flash. Steve Jobs wanted Flash to die, and it did. Unfortunately for Apple, the technology that replaced it on the web allowed developers to build really great web experiences and has somewhat negated the need for native apps. Apps sold the iPad in 2010, but the iPad has to sell the iPad today.