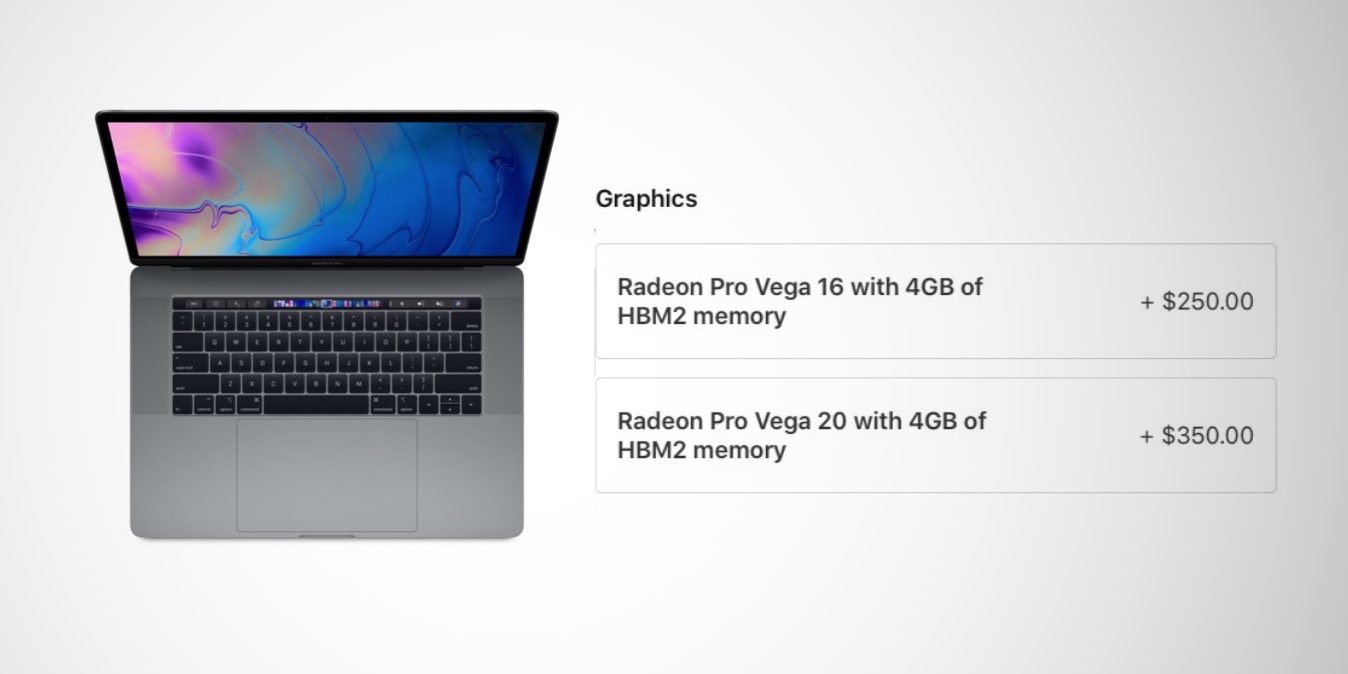 As announced at the October event, Apple is now offering options to spec up the 2018 MacBook Pro graphics performance with options to include Radeon Pro Vega graphics cards.

When the 2018 MacBook Pro was first released in July, it was criticised for its mediocre GPU options. The addition of Vega chips answer those complaints, albeit 4 months later than when the laptops first shipped.

You can order the new MacBook Pro online, with units expected to ship within a week.

The new Blackmagic eGPU is not yet available, still slated as coming later in November.