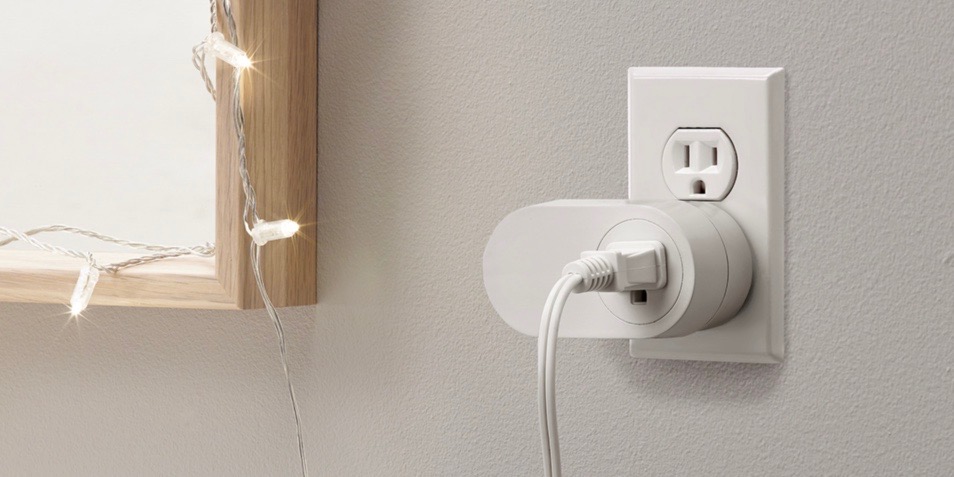 After announcing it would be bringing a smart plug to its Tradfri lineup of HomeKit enabled accessories back in August, Ikea has made the new $10 device available for purchase. While Ikea brought HomeKit support to Tradfri devices last year, Ikea apparently needs more time before bringing support for Apple’s platform to the new smart plug.

Originally expected to arrive in October, Ikea has just made the Tradfri smart plug available for the holiday shopping season (via Pocket-lint). With its $10 price point, this is the most affordable way to add HomeKit control (with an update sometime in the future) to a variety of appliances like lights, fans, heaters, coffee makers, and much more. Most of the HomeKit smart plugs from competition like Wemo, iHome, iDevices, and more start from $25+. If you’re not willing to wait for HomeKit support, picking up a smart plug from the brands above will be your best bet.

Ikea’s Tradfri smart plug comes with a simple, white deign. It also features a handy swivel option to make it easy to use appliances with larger plugs without blocking the other outlet.

If you’re new to Tradfri smart devices from Ikea, keep in mind you’ll need to pick up the required hub for $30. For those planning on picking up a variety of items from the Tradfri lineup you can save some money compared to other smart home products. But if you just want one or two smart plugs, it will probably be better to pick up a smart plug that doesn’t require a hub.

Ikea notes you can control the smart plug with its Tradfri app, but it added HomeKit support to the Tradfri lineup just about a year ago. Unfortunately, a member of Ikea’s Tradfri team shared on a Reddit post yesterday that HomeKit is still in the works for the smart plug:

I don’t know where he got that information. However, it’s not true. Unfortunately we have to wait a bit more for the Control Outlet/HomeKit integration

Earlier this month we also heard more about the company’s yet to be released smart blinds. Prices could start at around $100, which is considerably lower that other options currently available. No word yet if these upcoming smart blinds will also feature HomeKit support. They don’t fall in the Tradfri lineup, with the product names Kadrilj and Fyrtur.