How could Amazon become a major player in K-12 education? For the most part, the K–12 technology market has revolved around Apple, Google, and Microsoft. One of the major players that has been non-existent is Amazon. While it does have its Whispercast service, I haven’t heard much about it in years. This week, I want to look what might happen if Amazon focused on education.

A few months ago, I discussed why textbooks never took off on the iPad. I mentioned that it wasn’t a lack of technical support holding the iPad back, but rather a go-to-market problem. Once books were deployed to a device, that license was lost to the school. This situation made even $14.99 books seem expensive when you had to re-buy them every year (public schools own the books and then loan them to students). The business economics around the textbook industry has led to it becoming a relatively stagnant market in K–12.

Amazon is the dominant eBook vendor, and it seems to continue to grow.

Meanwhile, Amazon has cemented its dominance of the American e-book market: as of early last year, its share was 83% by unit volume, up from 74% in 2015. Apple’s market share has shrunk from just above 10% in 2015 to just below it last year.

Despite Apple’s renewed focus on “Books” in iOS 12, Amazon doesn’t seem to be taking the foot off the gas when it comes to eBook dominance. The Kindle Paperwhite is the best way to read eBooks, and it all syncs back to iOS or Android devices. With Apple, you can only read on iOS. Amazon didn’t create the eBook market, but for many people, it is the only company that matters.

Amazon has a low-cost device lineup 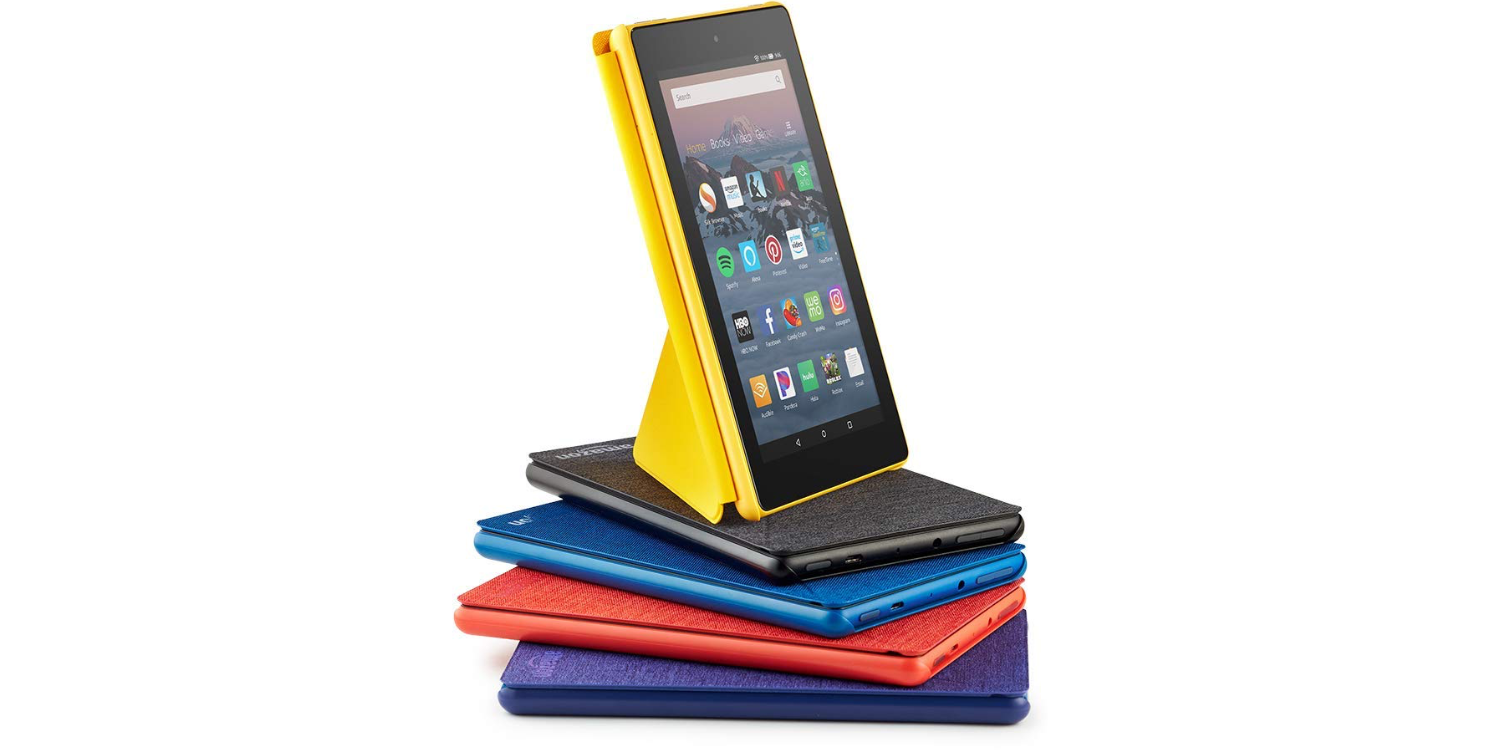 No one would argue the Fire tablets are anywhere near the quality of an iPad, but they are indeed low-cost. Amazon offers a 7-inch tablet for only $30, and an 8-inch one for $50. Both come preloaded with the Kindle app. If schools wanted a dedicated eBook reader, $30 would be a fantastic price.

Amazon’s education story would have a compelling message to schools: Buy our low-cost tablets and load all of your content via the Kindle app. This pricing would make Apple’s $300 iPad look like a luxury device. While I recognize that the iPad can do so much more than just acting as an eBook reader, I think it’s worth considering.

While Amazon owns the eBook market and has a low-cost device lineup, they don’t have control of the textbook market at all. I would not be surprised in the slightest if Amazon tried to purchase one of the major textbook publishers as a way to kick-start this plan. Amazon could use it as a way to get its devices into classrooms. Instead of starting with the device, it could start with the curriculum and let the curriculum sell the device.

While it may seem crazy for Amazon to want to enter the textbook market, we’ve seen it happen in other industries. Instead of trying to build a video streaming service with licensed content, Amazon went out and started making its own content. What if it started publishing AmazonEducation branded textbooks? Amazon already makes TV shows, movies, connected home devices, etc. It already has a vested interest in the eBook market (and the book market in general).

It might be a far-fetched plan, but textbook companies have plenty of margin. If there is one I’ve learned with Jeff Bezos, it’s that someone else’s margin is his opportunity. Amazon has the devices, the infrastructure, and the willingness to operate in cutthroat businesses. If Amazon entered the education market, I think it would definitely put pricing pressure on all competitors, even Google.