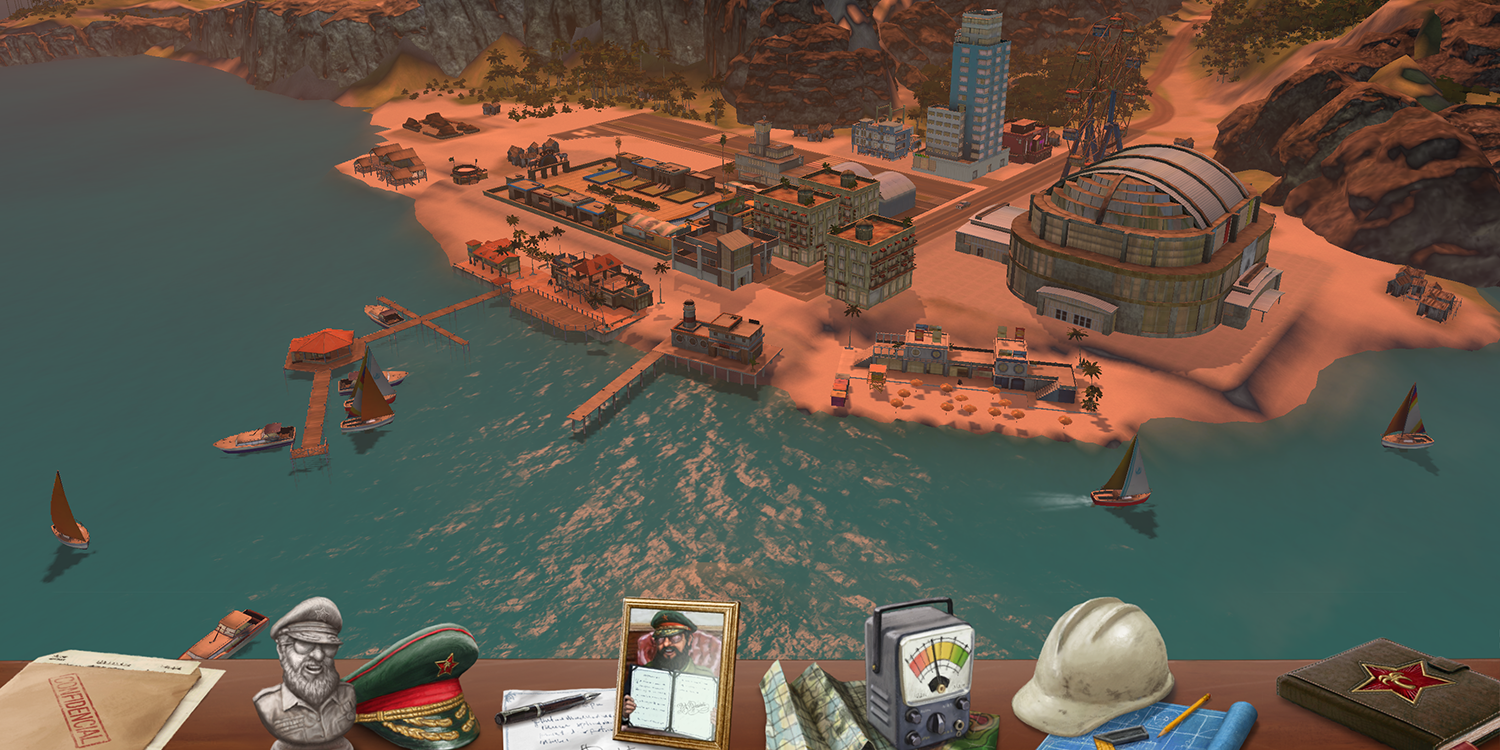 We learned back in the summer that the tongue-in-cheek dictator simulation game Tropico was coming to the iPad. Feral Interactive has now revealed the release date for that, as well as announcing that the island nation game will also be coming to the iPhone …

It follows the news that Shadow of the Tomb Raider is coming to Mac next year.

Feral Interactive today announced that Tropico, the strategic island city builder and humorous dictator sim, will be released for iPad on 18th December, with an iPhone version coming in 2019. Based on the acclaimed series originally published by Kalypso Media, Tropico for iPad has been redesigned and developed for mobile by Feral, and will be a premium game with no in-app purchases.

Fully tailored to and optimised for tablet, Tropico features intuitive touch controls and an easy-to-navigate user interface that make it smooth and simple for players to lead this small but proud island nation into a glorious future, one tap at a time.

The iPad version requires iOS 12, and will run on the following iPads:

Tropico is essentially a city-building sim with a twist.

Build your own power trip

All hail El Presidente! The proud nation of Tropico is now in your hands and badly in need of modernisation!

As the freshly elected leader of an underdeveloped Caribbean island with untapped resources and enormous potential, hopes are high that you will deliver Tropico into the glorious future its people deserve. The opportunities are boundless in this humorous city-builder with a political twist.

Tropico for iPad is available for pre-order now, priced at $11.99, while Tropico for iPhone will be released at some point next year. Check out the video trailer below.