T-Mobile’s app-based eSIM service launching on iPhone by the end of the year, report says 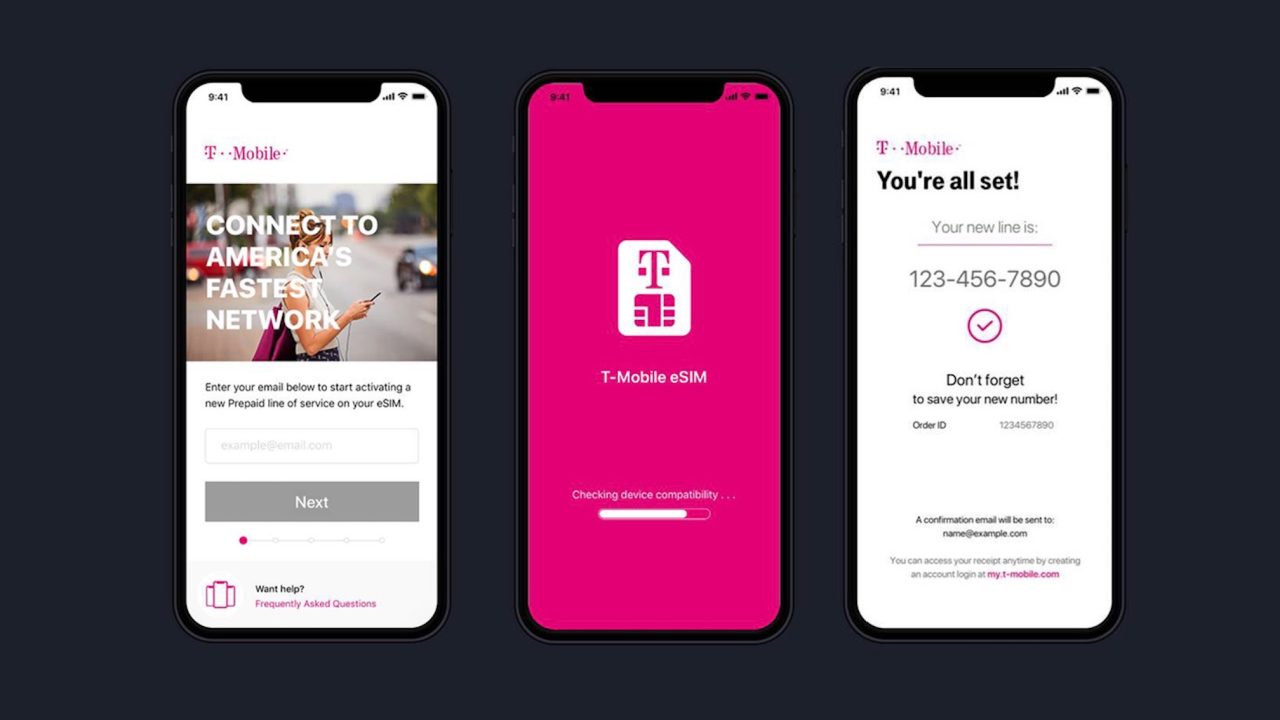 Both AT&T and Verizon have confirmed that they will be supporting eSIM on iPhone within the next week, if not already. Notably missing is T-Mobile, America’s third largest carrier, but that may change soon…

According to PCMag, T-Mobile plans on doing eSIM slightly differently than AT&T or Verizon, at least for its prepaid customers. According to the report, T-Mobile will be offering an app-based solution, allowing users to add a prepaid line easily and effortlessly add to their iPhones with eSIM technology.

T-Mobile will reportedly roll this app out to staff tomorrow for training purposes, and plans to launch it by the end of the year.

The app based system sounds much sleeker than other carrier implementations of eSIM: requiring you to scan a QR code that needs to be activated by customer service. See it in action above.

Like we mentioned earlier, AT&T has already rolled out support for this feature, and Verizon will reportedly start rolling it out tomorrow. If true, we hope that T-Mobile rolls out its app-based solution to all customers, not just prepaid customers.

Are you excited for eSIM support? Let us know in the comments below!